A Greenland Pines Elementary teacher was arrested Tuesday and charged with battery on an officer after she became "enraged" for being reassigned. 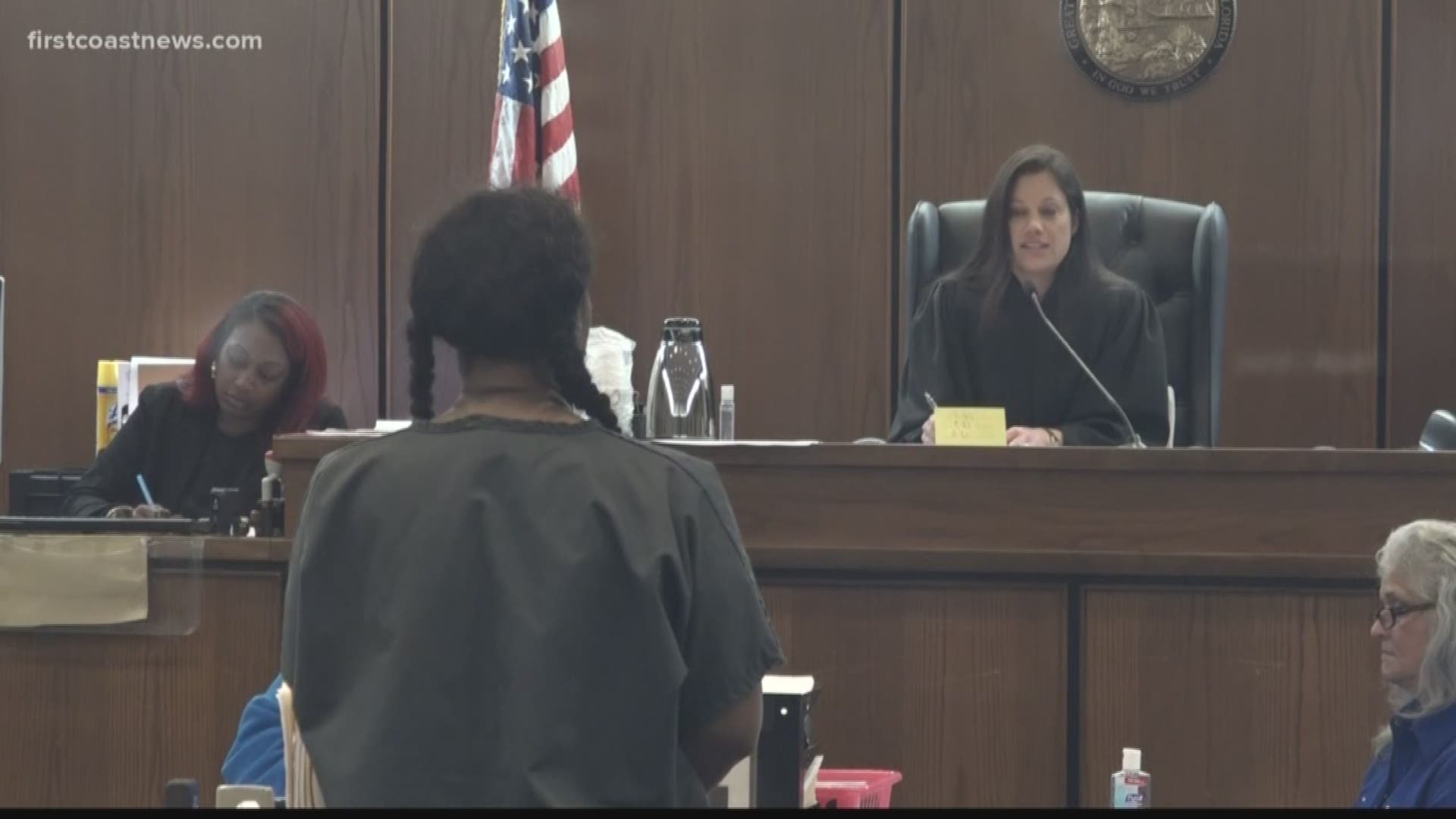 JACKSONVILLE, Fla — A second-grade teacher at Greenland Pines Elementary in Mandarin was arrested Tuesday and charged with battery on a police officer and trespassing on school grounds after a warning, reports say.

Stephanie Leuluai, 52, was arrested by Duval School Board Police after the principal said the teacher was "exhibiting belligerent behavior toward administration" after being notified of her reassignment.

According to the arrest report, she refused to leave Greenland Pines Elementary and administrators called police for their safety. A police officer arrived and told Leuluai she had to leave or else she would be arrested for trespassing.

The teacher then became "more enraged" according to the report and refused to leave. She proceeded to push the officer out of the way as the officer placed her hands behind her back. She continued to be combative and the officer reportedly sprayed Leuluai with pepper spray in an effort to "gain compliance."

Back-up was requested and once another officer arrived at the scene, the teacher was placed in handcuffs. Officers advised that she had soiled herself and was transported to Shands Hospital.

The school was briefly placed on a Code Yellow, which means students remained in their classrooms during the incident. The lockdown has since been lifted.

According to the report, Leuluai has been under investigation by the Florida Department of Children and Families and Duval County Public Schools. In June, she was arrested for domestic battery for allegedly attacking her husband.

In her personnel file, Leuluai was given "excellent" marks on two separate reviews for her overall job performance. She was also given mostly "highly effective" ratings on other evaluations.

She's been at Greenland Pines Elementary School since 2013.

During Leuluai's court appearance on Wednesday, she was given a $20,006 bond. She was also ordered to have a mental health evaluation, no weapons of any sort and can not return to Greenland Pines or any Duval public school building.

A parent First Coast News spoke with believes it was an isolated incident and she is willing to overlook the bad behavior. "We trust the administration.  We trust the teachers. We love the school. I'm sure it was an unfortunate incident," the parent said.

Leuluai is expected back in court on Dec. 11.