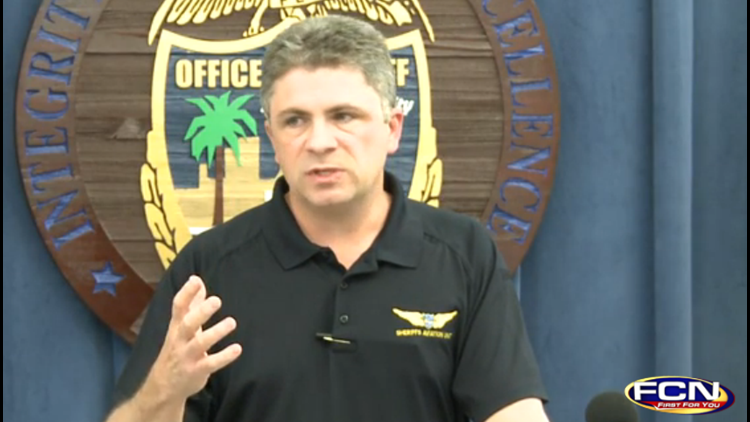 JACKSONVILLE, Fla. — Domestic violence charges have been dropped against a former corrections officer arrested by the Jacksonville Sheriff’s Office in June.

Jarvis Brannon III was arrested after a woman who was pregnant with his child called the police following a physical dispute. He resigned soon after.

According to the initial police report, the two had been fighting when Brannon attempted to get his belongings from their shared residence.

Initially, the victim told police Brannon pushed her out of his way and she fell, causing slight bruising.

According to an Aug. 28 disposition statement obtained by First Coast News explaining the decision to dismiss the charge, the victim told prosecutors “the defendant attempted to move her out of the way holding her biceps so he could get through the door. She fell as a result.”

The disposition statement notes that the victim acknowledges she was blocking Brannon access to the home when he was trying to retrieve his possessions.

The disposition statement says his actions “could be characterized as a justifiable use of force,” adding, “The victim’s act of blocking the defendant’s departure could reasonably be characterized as felony false imprisonment should it be presented before a jury. Thus, there is no reasonable probability of conviction for this charge.”

When Brannon was arrested, JSO’s Director of Personnel and Professional Standards for the Sheriff’s Office Tom Hackney had harsh words for him.

“A person who decides to do this, whether they are our employee or not, in my opinion, is a slimy little salamander that truly does not deserve to breathe the same air out in freedom that we do,” Hackney said at a June 29 press briefing about Brannon’s arrest.

Hackney added he was “pleased that Mr. Brannon III no longer works here. … My tolerance level for those who want to put their hands on their partner is extremely low.”

Charges were formally dropped on Aug. 28. According to the disposition statement, the decision to drop the charges was supported by the victim and not contested by the police.