WARRANT: Anti-vax couple starved 7-year-old daughter, who hadn't seen a doctor in the four years before her death

The girl was exclusively fed Whataburger French fries, the arrest warrant says, and suffered from sepsis and pneumonia at the time of her death in 2018. 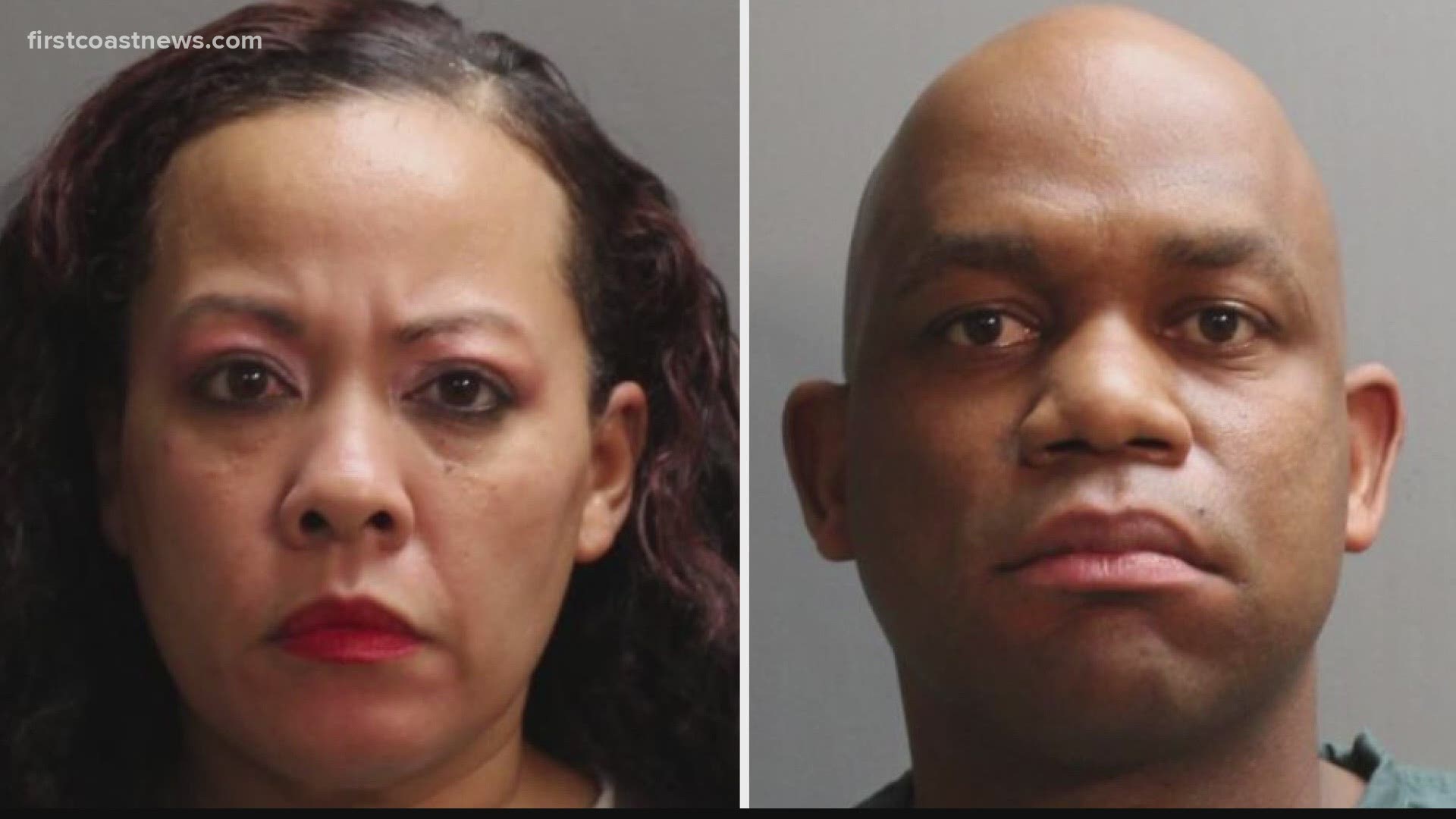 JACKSONVILLE, Fla — A Jacksonville couple was charged with manslaughter this week in the 2018 death of their 7-year-old daughter, who experts say died because of negligence, malnutrition and a delay in medical care.

Anna and Amero Akinloba of Oakleaf were charged with one count each of aggravated manslaughter of a child under 18 by culpable negligence. The two are facing a $150,000 bond each.

According to a Child Fatality Summary filed with the Florida Department of Children and Families, the child became unresponsive while at home after being sick for several days.

The report suggests her diet was very limited and she began showing signs of illness on April 1, 2019.

According to an arrest warrant in the case, the girl "was not receiving proper nutrition; the Akinlobas only fed [her] Whataburger French fries making her diet inappropriate as it was insufficient for important vitamins, minerals and other micronutrients." It also said the girl had "an entire body skin rash for more than a year that the Akinlobas failed to seek medical treatment,” and that she "exhibited signs of sepsis for multiple days before the Akinlobas ultimately took her to the hospital where she died."

According to the warrant, the girl's parents stopped vaccinating her when she was about a year and a half old, when they made a "self-diagnosis" that she had Autism and erroneously believed vaccines were the cause. In the final four years of her life, the warrant says, she didn't see a doctor, dentist or any kind of behavioral therapist.

On April 11, the DCF report states, the mother put the girl in bed and heard gagging sometime during the night. The child continued to gag and vomit. By the next day, her breathing became labored and her parents decided to drive to the hospital at Naval Air Station-Jacksonville for medical care.

RELATED: Jacksonville couple charged with manslaughter in death of a child

The report says they did not call 911 because they felt it would be quicker for them to take her. Once at the hospital, she was declared deceased.

The Jacksonville Sheriff's Office conducted a criminal investigation into- death and found no evidence to suggest abuse or neglect in the home.

The report says the law enforcement investigation was closed on June 25, 2018, with no criminal action taken.

The Medical Examiner completed an autopsy which determined the cause of death was due to multi-organism bacterial sepsis and the manner of death was natural. The First Coast Child Protection Team reviewed the medical files and the Medical Director concluded there was evidence of medical neglect by the parents, noting the child was seriously ill and the parents delayed seeking immediate medical treatment.

JSO assisted in taking the two into custody. The couple says they plan to seek a public defender.

A neighbor who spoke to First Coast News anonymously says he would occasionally see the couple but they were very private.

They resided in the Longleaf neighborhood in Oakleaf.

“Sometimes you never know what’s going on in a house because everybody drive in from the street, into their garage, close the garage. You don’t really see anybody much,” the neighbor said.

Neither defendant entered a plea of any kind.

Their next court hearing is scheduled for March 3.