Maps of Duval County zip codes show where the instances were of children shot were greatest: comparing that to social factors and economic situations. 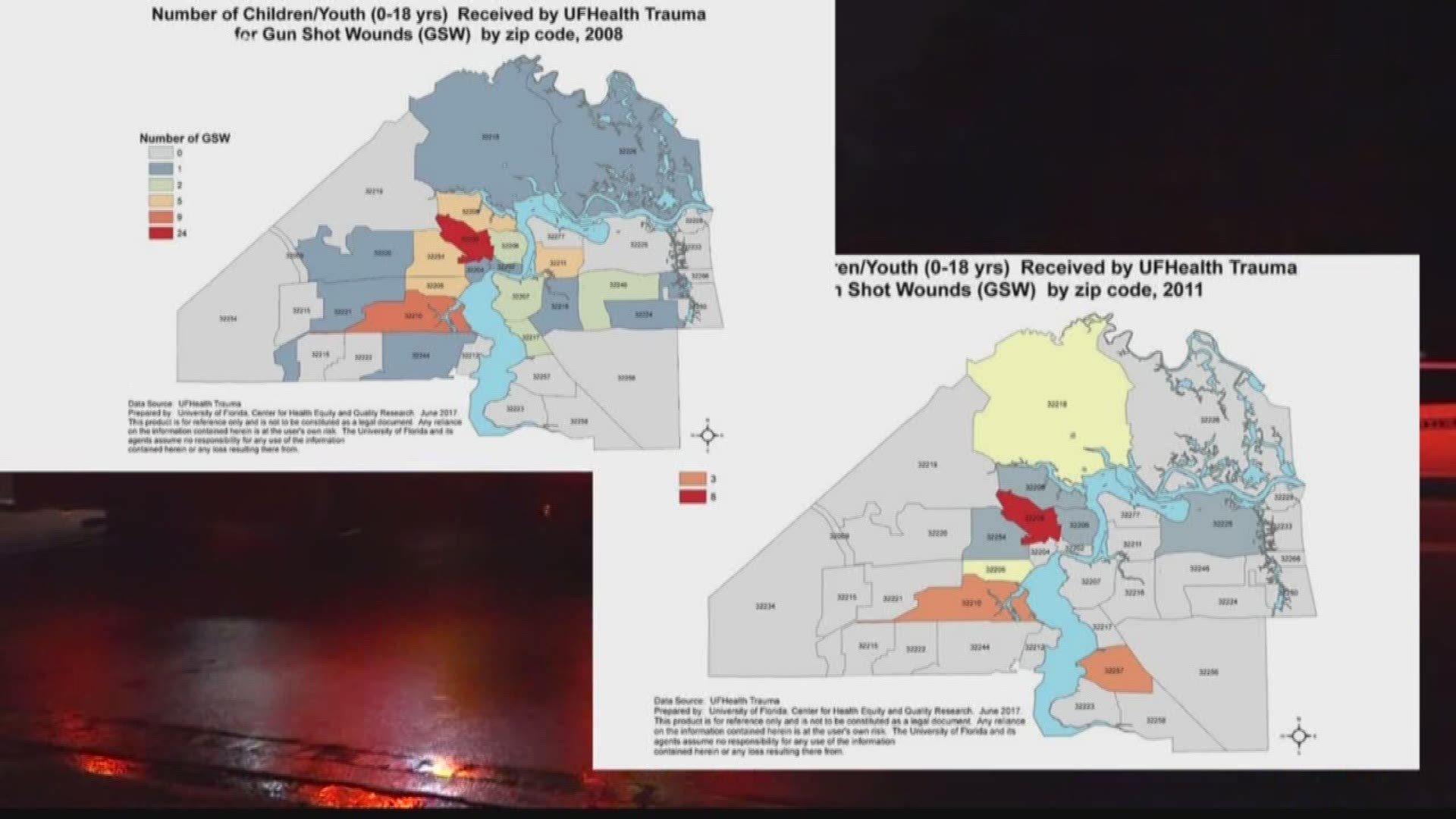 JACKSONVILLE, Fla. — A First Coast trauma surgeon is looking into gun violence and cases where children were shot -- comparing it to where these happened in the city.

Cases in zip code 32209 were higher than other parts of the city, according to the multi-decade study. Data shows in 2008, UF Health treated the most gunshot wound cases in children in the window of two decades with 24 alone coming from zip code 32209.

“If you overlay the gunshot wounds in areas that were deprived, they were the same neighborhoods," Dr. Marie Crandall said. "Even though the incidents changed, the neighborhoods stayed the same.”

She has spent decades in trauma centers across the nation. When she landed at UF Health a few years ago, she began looking into Jacksonville’s gun violence. Crandall is one of the authors of a paper published in the Journal of Pediatric Surgery looking at Jacksonville gun violence.

Maps of Duval County zip codes where there were instances of gunshots – treated at UF Health. Crandall explained areas with low income, low education, and limited affordable housing scored among the top factors in places where gunshot wounds were most frequent.

The study noted policing programs, “do not seem to have significantly affected incidents of pediatric gunshot wound injury and death.” However, Crandall and fellow researchers found the areas that improved largely had the same attention.

“Neighborhood rejuvenation, regeneration or neighborhood investment suggests that investment in communities might be a solid strategy in preventing to help prevent gun violence,” Crandall said.

Crandall says she and her colleagues have started another study, looking at adult gunshot wounds and if community investment makes a difference.