Doctor who used electric knife to carve up human cadaver should not be allowed to testify, Kessler attorneys say

Kimberly Kessler’s defense team says prosecutors failed to disclose a report that examined whether an electric carving knife could dismember a human body. 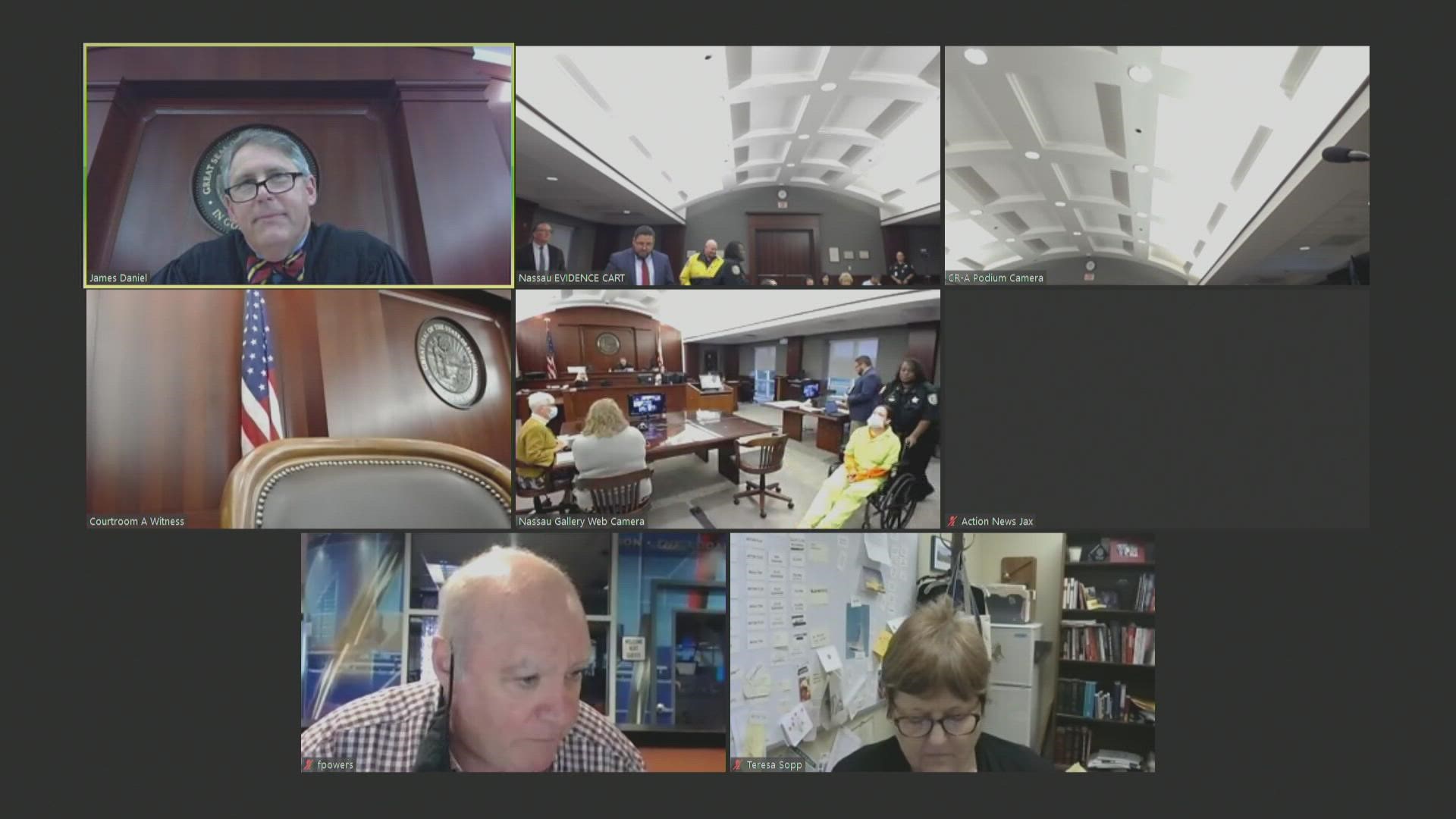 YULEE, Fla. — Attorneys for the woman accused of murdering a Yulee hairstylist in May 2018 want to exclude a forensic anthropologist from testifying in the case, saying prosecutors failed to properly disclose that she would be called to testify.

The motion was discussed at a status hearing Thursday morning, during which Kimberly Kessler, accused in the death of Joleen Cummings, had another outburst and was promptly removed from the courtroom. It's a behavior that has become routine for Kessler, who has been deemed mentally competent to stand trial.

Kessler has been removed from the last several hearings for disruptive behavior. Her next pretrial hearing was scheduled for Nov. 3, when the judge will hear the motion to exclude the witness.

The expert witness was hired by prosecutors to test the hypothesis that a “Black + Decker 9-inch electric carving knife would not cut through human bone at the neck and extremities due to the weakness of the knife motor and the fragility of the blade,” according to the defense motion.

In order to test the theory, Dr. Heather Walsh-Haney “perform[ed] an experiment on a human cadaver,” according to the motion, and produced a report titled “Postmortem Dismemberment Experiment Using a Human Cadaver.” The experiment was recorded on video, and confirmed that the knife could, in fact, dismember the corpse.

Surveillance footage shows Kessler purchased the same type of knife used in the experiment at the Nassau County Walmart around the time Joleen Cummings disappeared. Kessler also bought ammonia and black trash bags. When she was arrested, she had numerous cuts and scratches on her face and hands.

Credit: SAO
A knife like the one purchased by Kimberly Kessler at Walmart was used to dismember a cadaver in an experiment requested by state prosecutors.

Haney, a professor at Florida Gulf Coast University in Fort Myers, produced the report in May 2019, but the state did not disclose her as a potential witness until last week and did not provide a copy of her report until Tuesday, according to the motion -- “less than 5 weeks before this case is set to begin a jury trial.”

The motion says the delay prevented the defense from being able to “properly review and challenge” the report, since they “would need to employ an expert of its own to review her methodology and conclusions.” The motion asks the court to punish the State Attorney’s Office for the failure by preventing Walsh-Haney from testifying.

Cummings, 34 and a mother of three, was last seen May 12, 2018. She is presumed dead, but her body has never been found and it is not known how she was killed. In another recent filing, Kessler’s attorneys asked prosecutors for “a more definite written statement of the particulars” in the case, including the “weapon used in the purported homicide.” The state has not yet responded to that motion.

Kessler has been charged with and pleaded not guilty to first-degree murder. Her mental competence has been a persistent issue throughout the case, and she currently does not communicate or cooperate with her public defenders.

The trial is scheduled to begin Dec. 6.