A 19-year-old arrested on murder charges knew the victims, according to the sheriff's office. 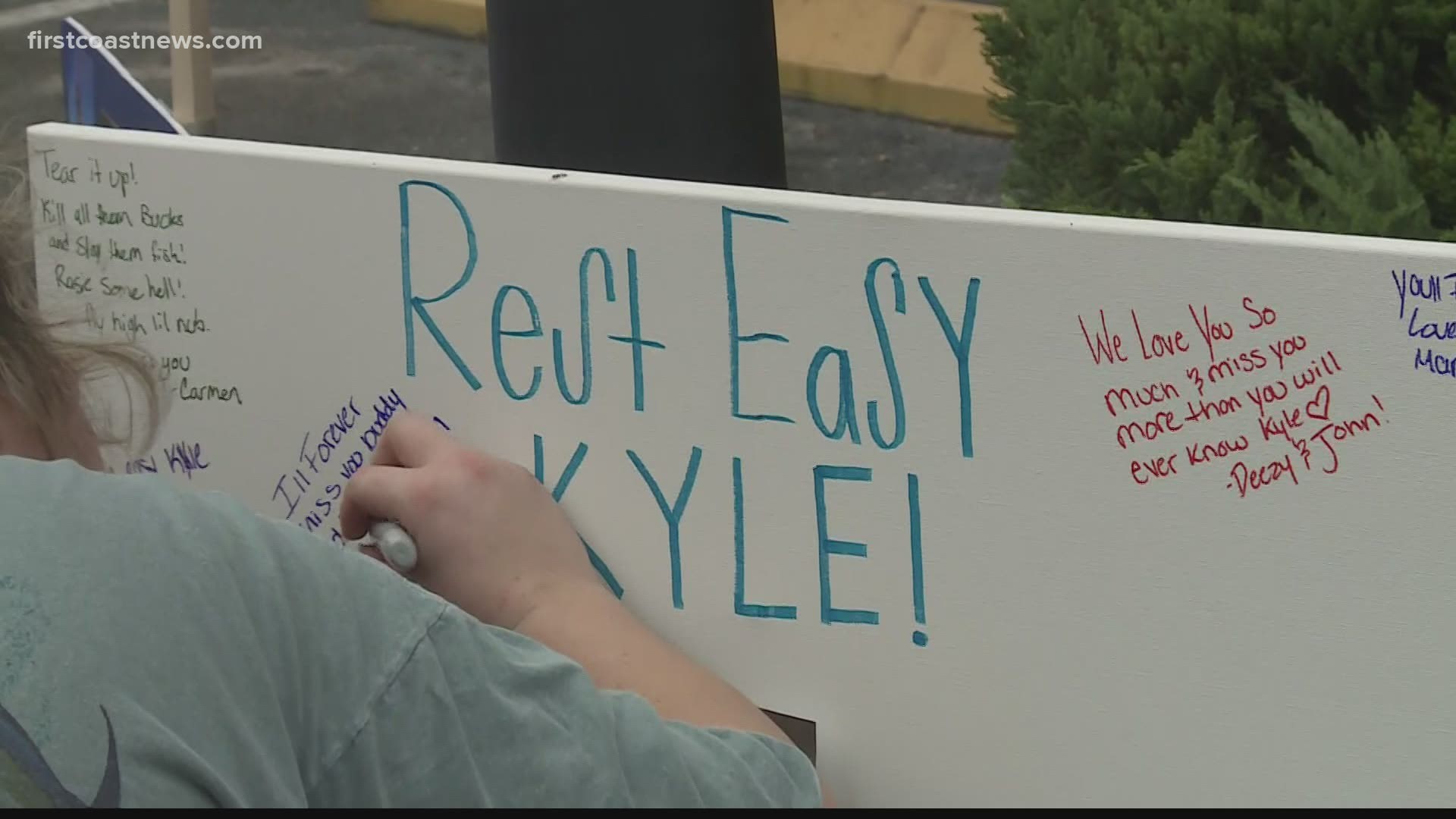 ST. AUGUSTINE, Fla. — Friends of a young couple shot and killed Tuesday night in St. Augustine identified them as 21-year-old Kyle Stein and his girlfriend, Sydney. The two were shot in the parking lot of the Florida Club near SR-16 on Florida Club Boulevard.

The St. Johns County Sheriff's Office has not formally identified the victims.

The sheriff's office arrested 19-year-old Anfernee Wilson following the shooting. Wilson previously attended St. Augustine High School, where he was a senior last year.   Wednesday, Chuck Mulligan, a St. Johns County Sheriff's spokesman said the suspect and the victims knew each other, and investigators are looking into the extent of the relationship. It may have just been "acquaintances," Mulligan said.

Regarding a motive, he said investigators are piecing different ideas together, but he said the office is not ready to release that yet.

On Wednesday, friends created a makeshift memorial for the two at the complex where they were shot.

Stein's friend, Beth McCartt said, "He loved to fish, hunt. He loved 4-wheelers. We went to a lot of bonfires together."

Ana Arias heard the gunfire Tuesday. Wednesday, still shaken up, she told First Coast News that she saw the young man fall to the ground.  Arias said other neighbors ran to help the couple.

"One of my neighbors ran down, and she grabbed a towel and took it to the crime scene," Arias said. "And then there was a nurse that’s also a neighbor, that helped get the young lady out of the car and put her on the ground and tried to help her."

She said the young woman cried for help.

So far, Tommy Keisler, a corporal with the St. Johns County Sheriff's Office and dive team coordinator, said they have not found any evidence related to the case Wednesday, but they did find some evidence last night.

"It is looking for a needle in a hundred haystacks," he said, describing the retention pond as murky and several acres big. 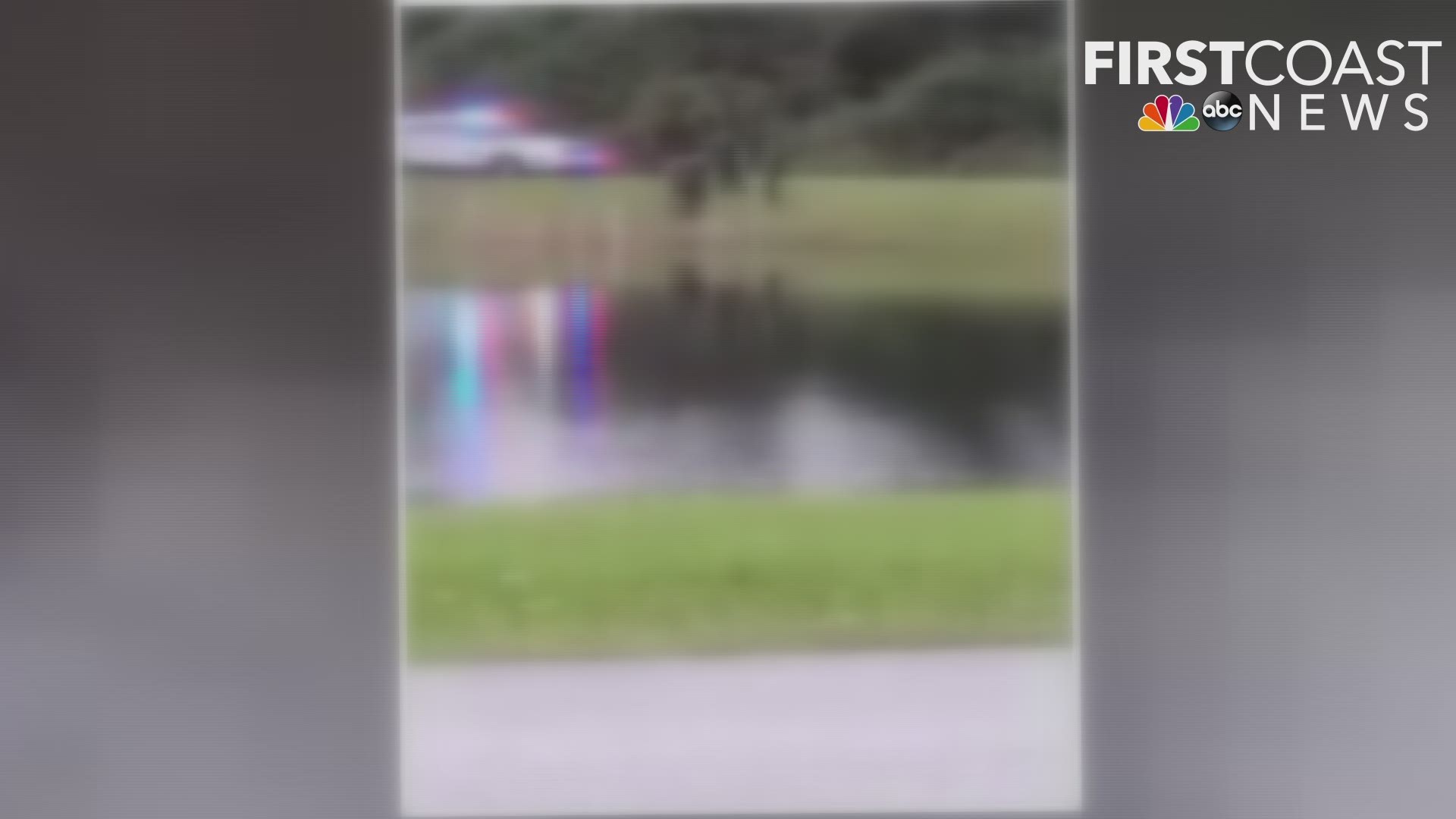 This is a map of the pond that the dive teams are searching right now. I’ll be live at noon with more info. @FCN2go pic.twitter.com/QlFeXhwLGv

According to a police report, witnesses saw a man chasing after a pickup truck while holding a handgun in the apartment parking lot. Witnesses said the truck was initially speeding away, but changed directions and began driving toward the gunman, then crashed into a parked vehicle, the report says.

After the truck crashed, witnesses said the man walked toward the driver's door and fired four to six shots into the vehicle, hitting the truck and the people inside, according to the arrest report.

The shooter then began to remove items, possibly money, from inside the vehicle, witnesses said, and ran toward the nearby golf course, the report says.

Wilson faces murder and weapons charges, according to the arrest report.

The victims were transported to local area hospitals where they later died, Mulligan said.