The man was found asleep in a parked car at a gas station. 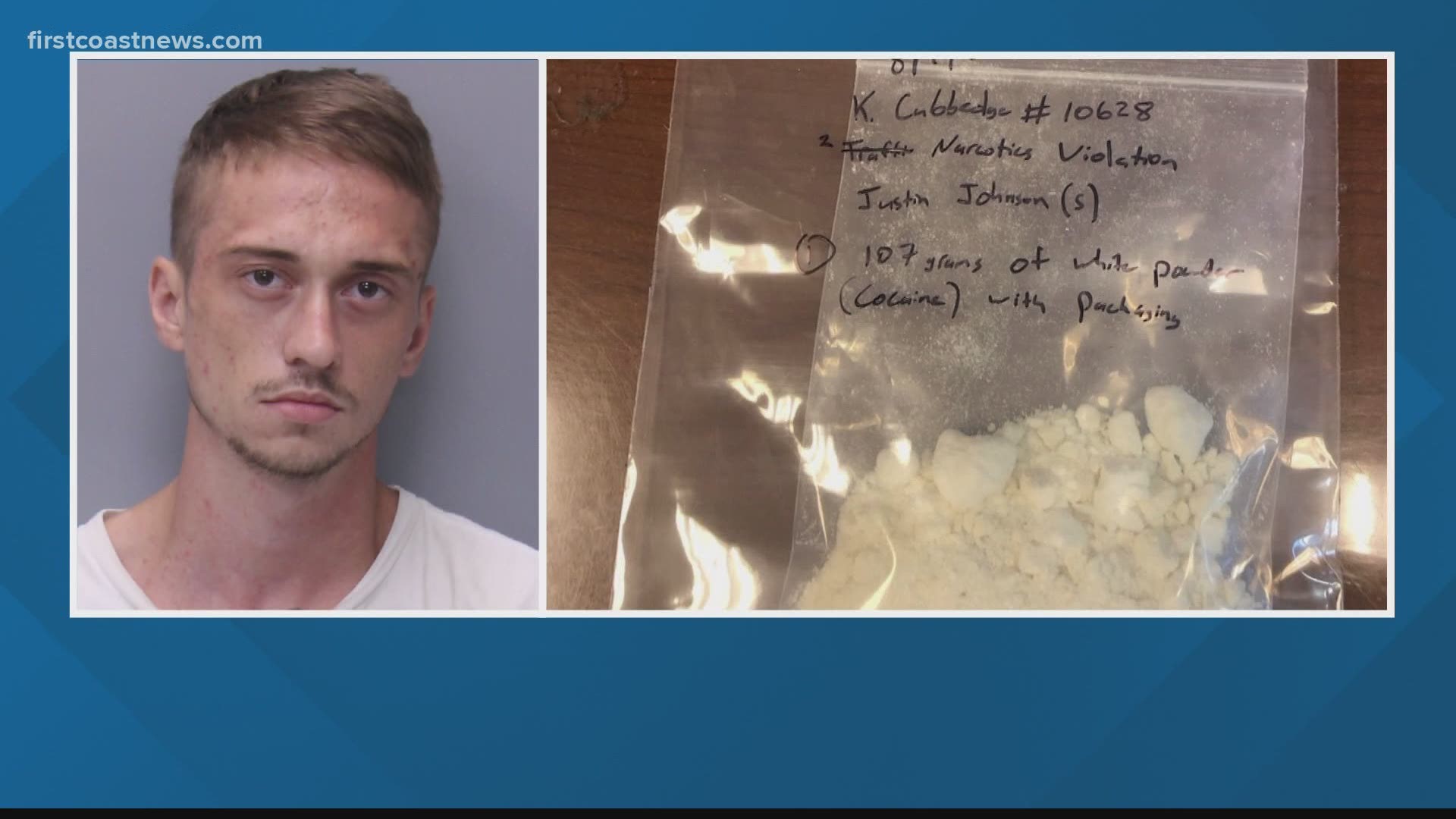 ST. JOHNS COUNTY, Fla. — The St. Johns County sheriff's office said they arrested a man on Saturday for possession with intent to distribute after they found him asleep in his car at a gas station. The man was also wanted in Hillsborough County for armed kidnapping.

In addition to bags filled with cocaine, marijuana, and pills, the arresting deputies reported finding a pitbull, five cell phones, and bullets in the car. Deputies called animal control to remove the pitbull from the car.

Officers said Johnson claimed the marijuana and pills as his own, but denied knowledge of the cocaine.

Johnson is being held in St Johns County jail.