Deputies said Valerie Lee Prince agreed to buy an eight ball of methamphetamine for $85 from an undercover officer, according to a Friday release. 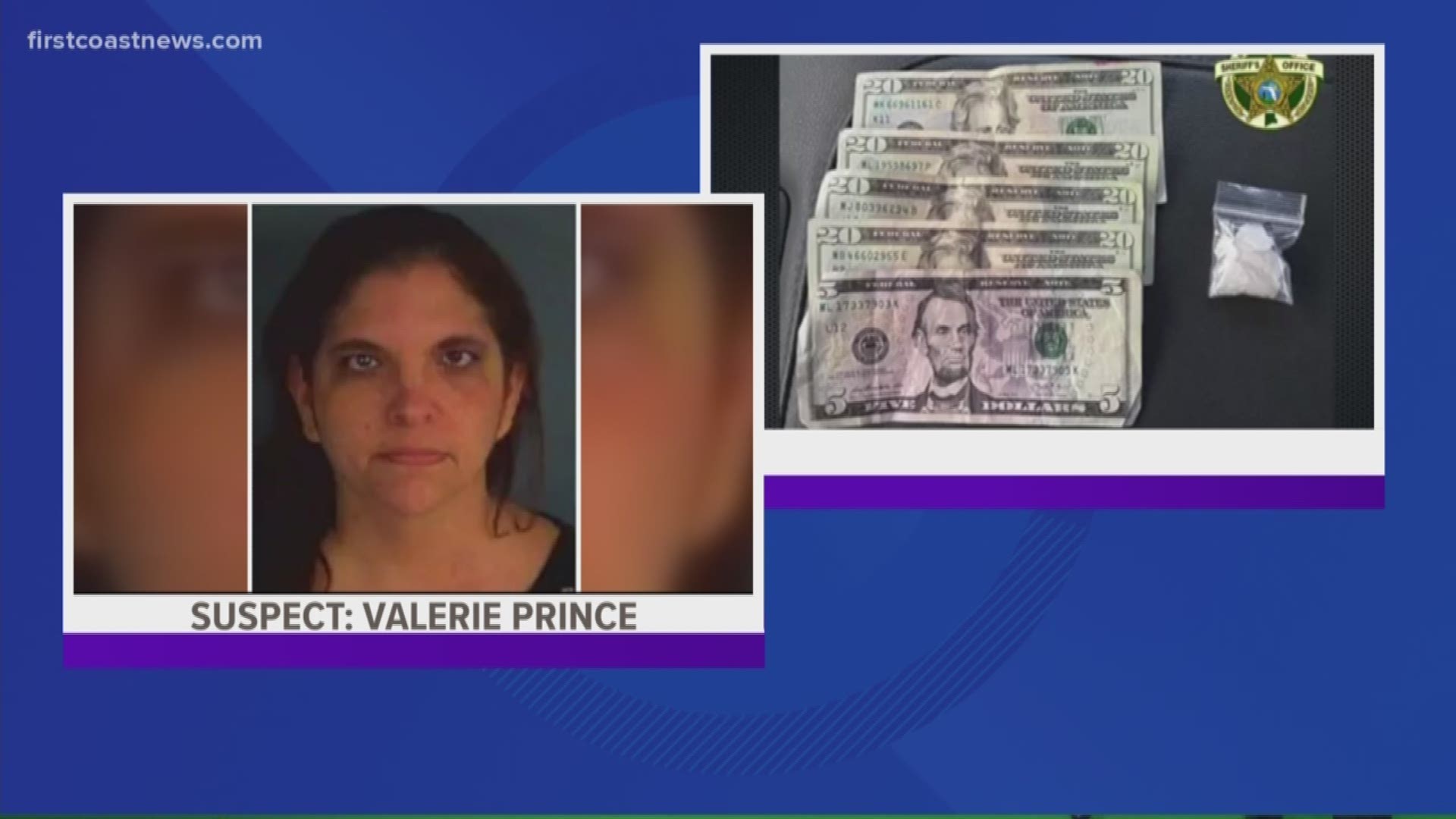 A Duval County Public Schools elementary teacher was arrested Thursday after she attempted to buy meth while at school, according to the Clay County Sheriff's Office.

Deputies said Valerie Lee Prince agreed to buy an eight ball of methamphetamine for $85 from an undercover officer, according to a Friday release.

Police were able to learn that Prince purchased and used illegal drugs during a narcotics investigation between the Clay County Sheriff's Office, Homeland Security and the Duval County School Police Department.

During the operation, Prince tried to purchase the drugs from an undercover officer while she was at work at Jacksonville Heights Elementry School, the release said.

She instead met up with the Clay County Sheriff's Office narcotics detective after school in Clay County where she was detained for further investigation.

During the investigation, Prince admitted to using methamphetamine 10 times within the last five to six months, according to the release.

She was arrested and transported her to the Clay County Jail. The Clay County Sheriff's Office was involved in the investigation because Prince is a Clay County resident.

DCPS released the following statement regarding the arrest:

"We’ve become aware that one of our teachers, Valerie Lee Prince, was recently arrested by the Clay County Sherriff’s Office.

Prince has been a teacher at Jacksonville Heights Elementary School since the 2018-19 school year. She has not taught at any other school in the district.

The school district’s office of professional standards will conduct an independent investigation. During the course of the investigation, Prince will be removed from the school. If she is able to return to work, she will be assigned to duties that have no contact with children.

It is always disappointing and disturbing whenever an educator is implicated in this type of activity. As a district, we have very high standards for teachers and all employees, and every day thousands of teachers are going beyond the call of duty to serve children and families. The alleged behavior falls well short of our standards. We will conduct our investigation, and take action as appropriate based on the conclusion of that investigation."