Gregory Holmes was taken into custody following a Feb. 11 incident involving a student. 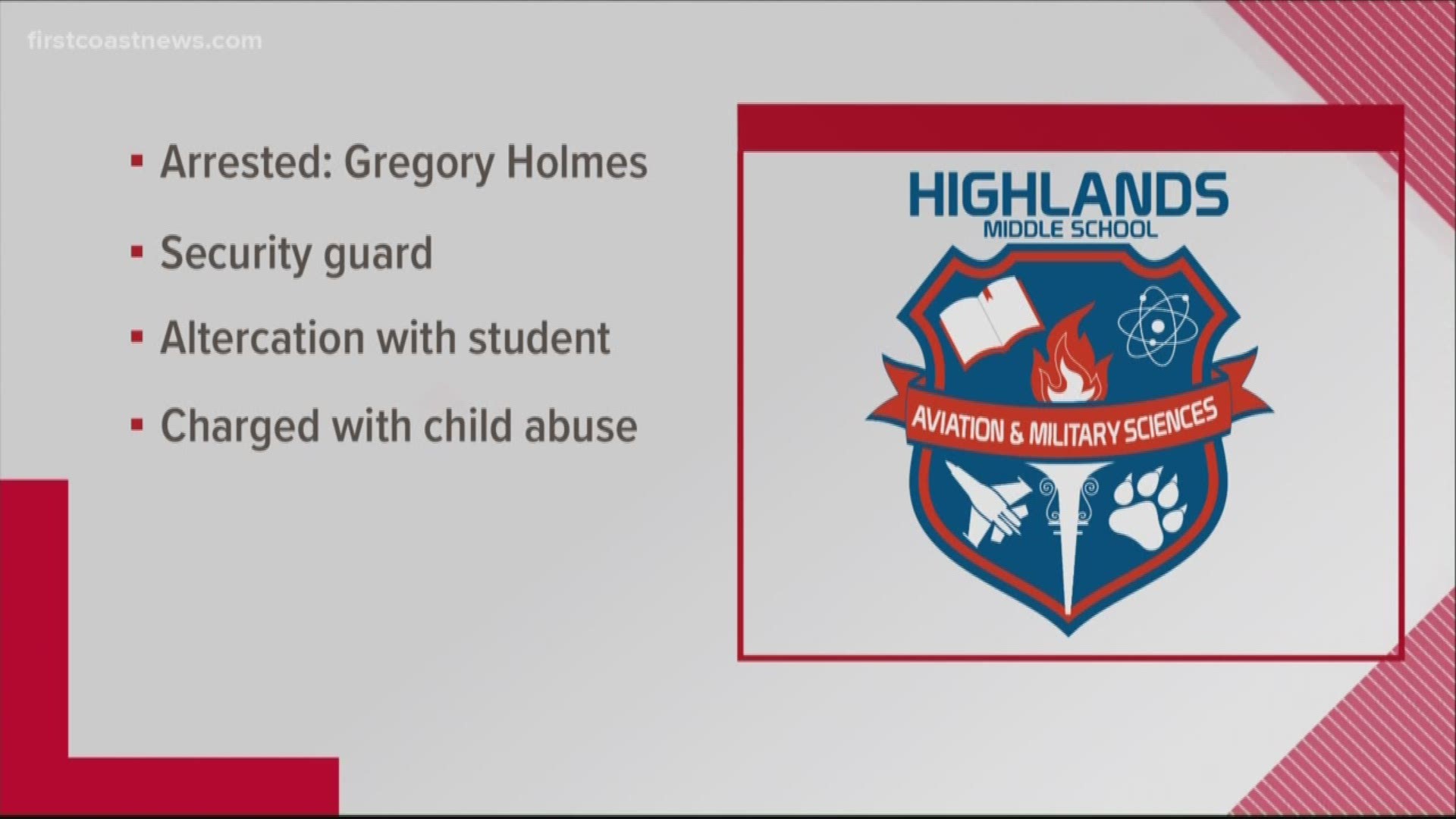 A Highlands Middle School security guard is expected to face child abuse charges following an incident with one of the school's students, Duval County Public Schools announced in a news release Thursday.

In a call to parents, Principal Wilcox says the security guard, Gregory Holmes, was taken into custody by the Duval County School police.

DCPS said the incident, which wasn't revealed in the news release, happened on Feb. 11. Following the incident, Holmes went home.

Holmes was asked to return to the district's administrative offices to receive information about his employment. When he returned, school police took him into custody without incident.

Holmes remains employed with the district. If he is able to return to work, he will be reassigned to a role with no contact.

He started with the district in April 2019, resigned in August 2019 due to personal reasons, and was rehired in October 2019.

First Coast News has requested the official police report on this incident.