Custom door maker in Jacksonville area accused of not doing work he's paid for, gets arrested

Barry Heckard of Newberry was arrested in August after the Culleton family paid him more than $9 thousand in June 2018 for a project that had not been completed. 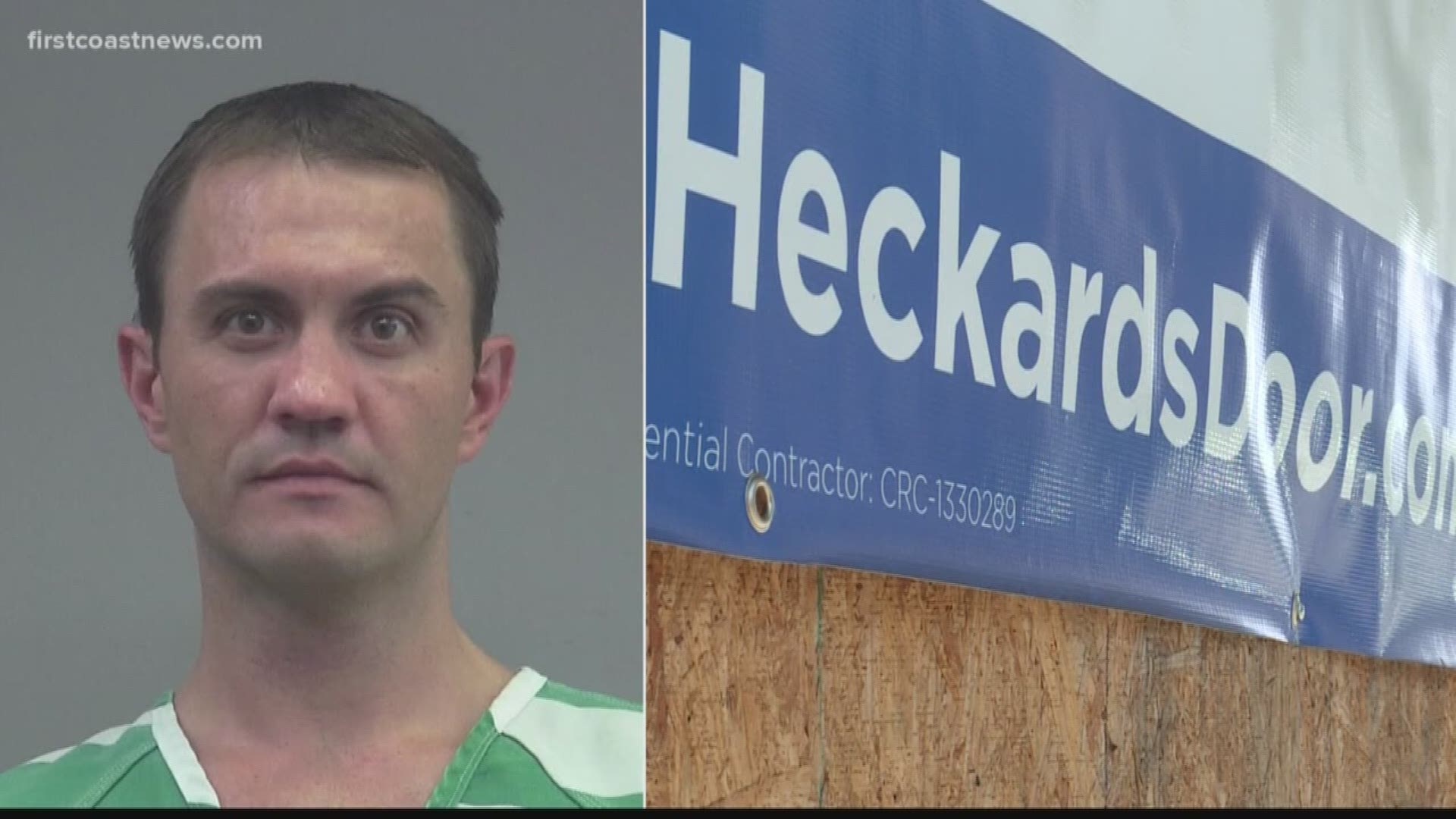 A First Coast man is facing grand theft charges in St. Johns County as deputies say he took a customer’s large down payment to make a custom door and never finished the work.

Barry Heckard of Newberry was arrested in August after the Culleton family paid him more than $9 thousand in June 2018 for a project that had not been completed.

Heckard is due in court for that claim on December 20th.

He disputes the claim in the arrest warrant that no work had been done.

“How does anyone say that claim with no effort to justify or to prove it,” Heckard said. “Did they come to the shop and look? No.”

First Coast News has found this case isn’t the only time customers lodged such complaints Heckard, owner of Heckard’s Door.

Norman Sassner, a Vietnam veteran is in a battle for his health and his money.

Sassner needed to remodel his home in March as he was going to have to permanently use a wheelchair.

Sassner signed a $24 thousand contract for three sets of doors—all that accommodate his wheelchair. He gave Heckard an $11 thousand down payment.

Emails between Sassner and Heckard show the bedroom doors were supposed to be installed within 2-4 weeks, the whole project would take 12 weeks.

Sassner said Heckard would sporadically communicate and was unreliable. After 6 weeks, Sassner had enough and fired Heckard via email.

Heckard seems to have additional conflict in Alachua County.

Heckard was ordered to pay Lindsey $57 thousand in the final judgement..

In the last year, more and more of his clients are running out of patience.

Eleven people have filed complaints with the Better Business Bureau, 7 from this year. The complaints had a similar refrain of large down payments, sporatic communication and unfinished jobs.

Stephens said his agency gives Heckard’s Door an ‘F’ rating and has posted an alert to consumers on its website.

Heckard says his business is being maligned by disgruntled former employees and customers whose complaints have since been resolved.

“What am I supposed to do,” Heckard responded to the bad online reviews. “Because people know they can do this. ‘I’m going to post a bad review, when I get my doors, I’ll take it down.’ We give the doors. They leave their review. I can’t call the ‘Bad Customer Bureau.’”

Heckard points out that his contracts say all custom-orders are non-refundable and delivery dates are estimates, not guaranteed.

But the St. Johns County Sheriff’s Office says if no work has been shown within a reasonable amount of time, it’s a criminal offense.

Some customers are trying to get their money back with lawsuits or filing a complaint with the state.

Sassner took his fight to the Florida Department of Business and Professional Regulation.

The DBPR took Sassner’s complaint and mediated an agreement between Heckard and Sassner.

Sassner agreed to an $8,500 refund from Heckard instead of his $11 thousand down payment.

“I agreed to it,” Sassner said. “I just wanted to get money and get him out of my hair and forget about it.”

Documents show the men agreed those payments would begin in September Sassner claims that he has not received any payments under the settlement; but Heckard claims he made the first payment.

9 months and $11 thousand later, Sassner is eager to close the door on this chapter.

“I would like to get my money back,” Sassner said. I just want this to go away.”

If you feel like you’ve been wronged by any local business, you can follow this link to report these individuals to the state.