Crystal Smith, mother of Aiden Fucci, pleads not guilty to tampering with evidence 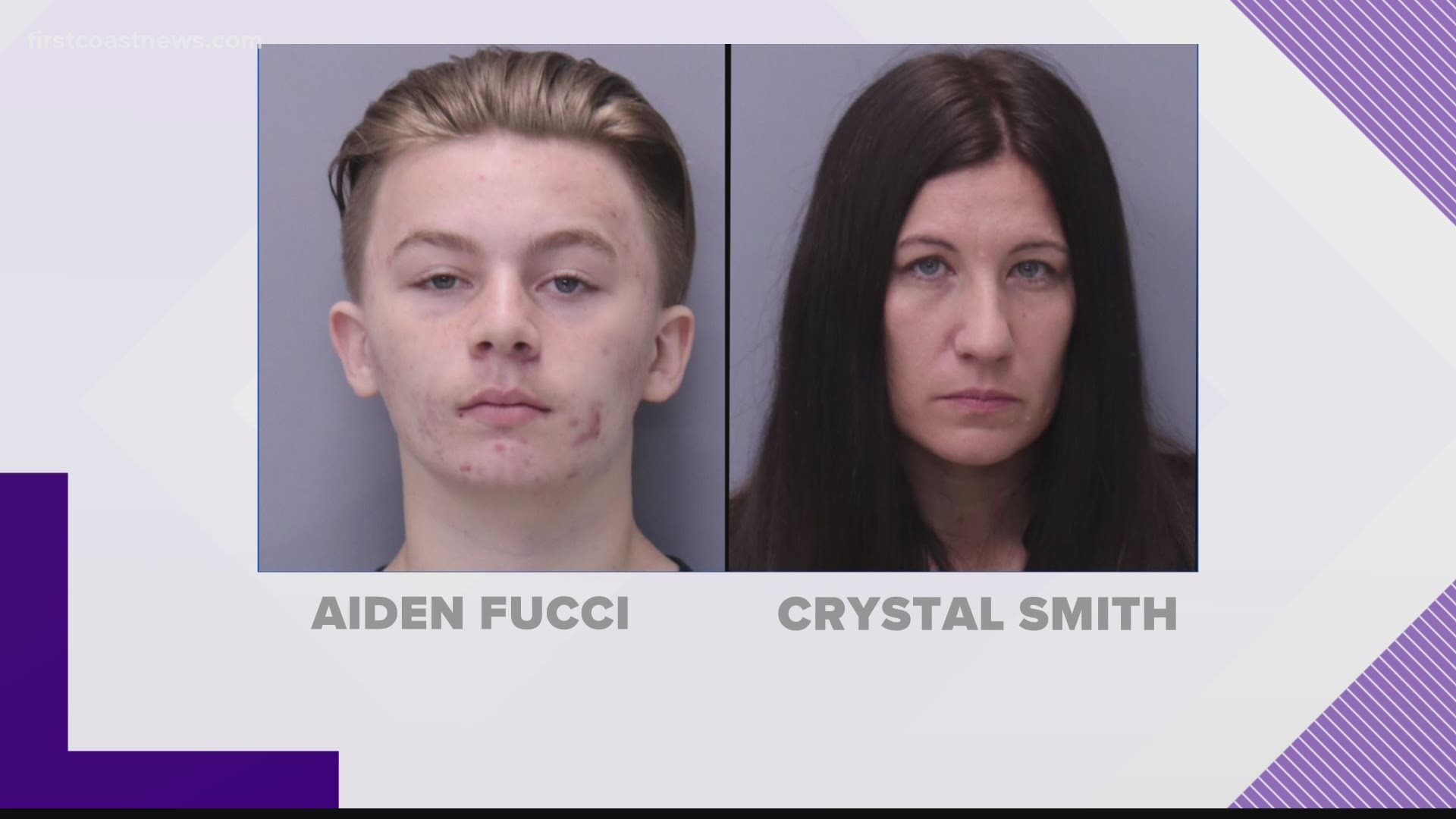 Crystal Smith, Aiden Fucci's mother was arrested in June and charged with tampering with evidence, according to the St. Johns County Sheriff's Office.

Smith was booked into jail and released shortly after on a $25,000 bond. Fucci, 14, is accused of killing Tristyn Bailey.

Authorities say surveillance video in Fucci's home shows Smith going to her son's bedroom after he was taken to the sheriff's office, an arrest report states. Smith is seen in the video retrieving a pair of blue jeans, scrubbing them, and then returning the pants to the bedroom, the report states.

The arrest report says Smith can be seen on in-home surveillance scrubbing blood off Fucci's jeans.

According to police, Fucci stabbed Tristyn Bailey 114 times. The case was initially reported as a missing persons case, and Fucci was questioned in that investigation. Police say he told investigators he got into a fight with Tristyn and pushed her forcefully to the ground where she hit her head. Detectives later allegedly found blood on clothes at Fucci's Durbin Crossing home and his knife in a retention pond. Investigators say the medical examiner found the broken tip of the knife lodged in Tristyn's skull.

Smith's pretrial hearing is set for September 1 at 9 a.m.