This year, with more than a month and a half to go in 2020, we are just three away from tying the 158 homicides Jacksonville saw in 2019. 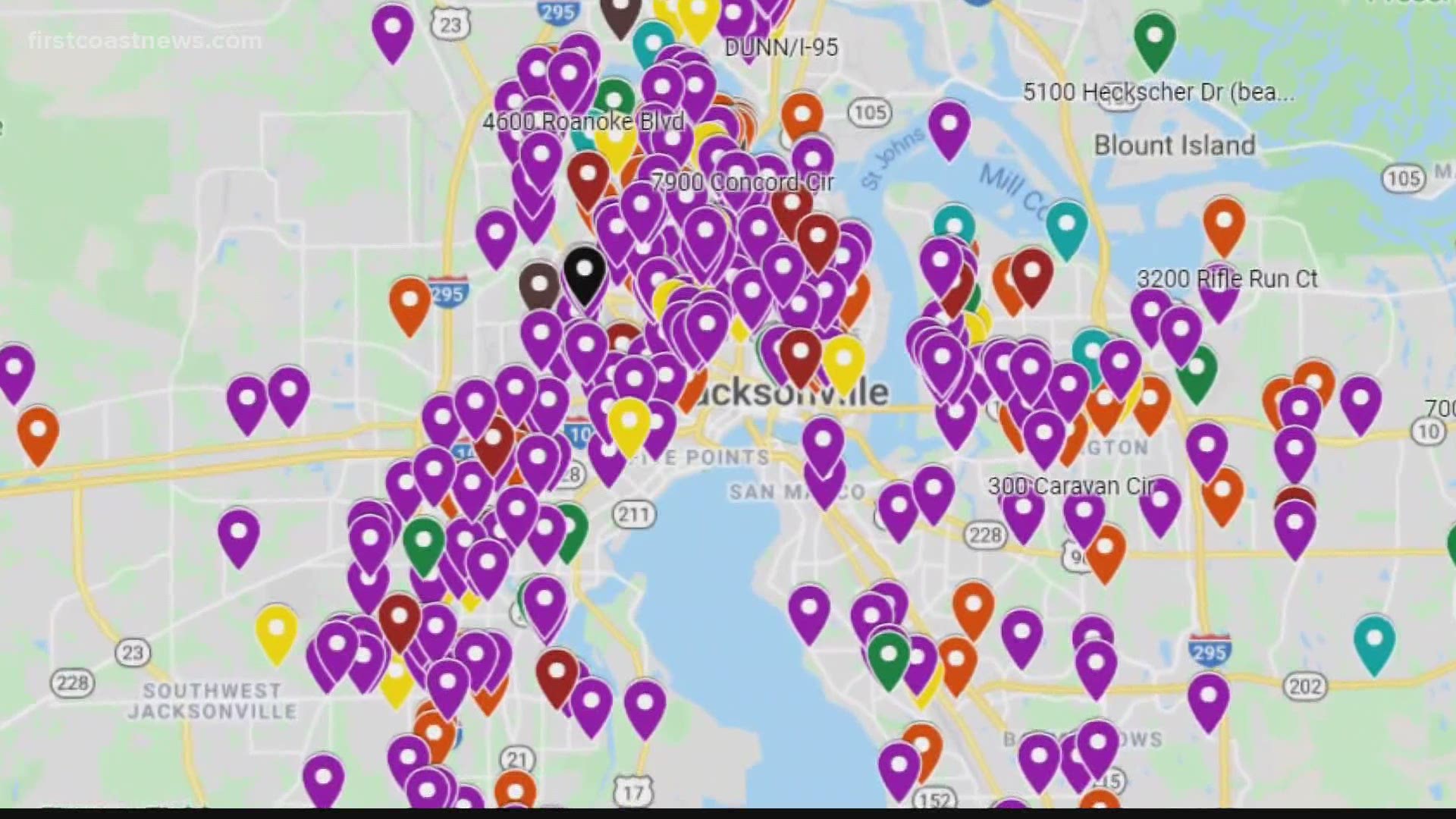 JACKSONVILLE, Fla — Last year, Jacksonville saw the most homicides in decades, according to our partners at the Florida Times-Union.

And this year, with more than a month and a half to go in 2020, we are just three away from tying the 158 homicides Jacksonville saw in 2019.

He said as Jacksonville's population is growing, crime is likely also going to increase.

Although, that doesn’t mean some of the crime trends we’re seeing this year don’t come as a shock to him.

However, he said there are a lot of different factors causing this year’s spike in crime stemming from the COVID-19 pandemic like economic pressures and mental health.

After taking a look at our homicide tracker map, Davis said the patches match up with the ZIP codes that have historically higher crime rates.

He explains these areas have had their fair share of gang-related issues, but poverty is what continues to plague them.

“Crime is a social phenomenon. So, you have to increase social opportunities for people and give them means and support them with different opportunities not to commit crimes," said Davis.

Crime also migrates based on economic opportunity, he said, which is one of his theories on why Arlington has seen an unusually violent year.

Davis said he’ll be able to better examine crime data and pinpoint contributing factors to the city’s increase in homicides by the end of the year.