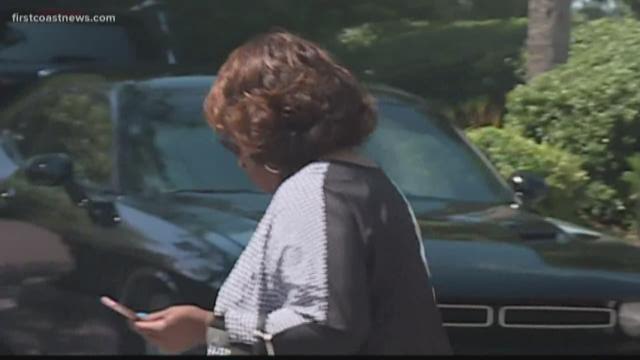 The 76-page document says Judge Timothy Corrigan erred when he removed Juror 13 from a deadlocked panel of jurors. That decision came after another member of the panel, Juror 8, wrote a note saying Juror 13 claimed a "higher power" told him Brown was not guilty.

Corrigan questioned Juror 13 and asked if he'd been told that Brown was innocent by a higher being. No, the juror corrected: “I said the Holy Spirit told me that.”

However, the judge conceded that “the area of religious belief” is “territory that’s difficult to navigate.”

Brown’s appellate attorney William Mallory Kent filed an appellate brief longer than the law allows (16,352 words, instead of the 13,000-word limit) – justified, he said, because it is a case of first impression.

In fact, Kent said, there is only one other case “in the entire body of American jurisprudence” relevant to this one, and that case found “it was improper to vacate a criminal verdict” on the basis of a juror’s religious convictions.

The filing reflected the religious nature of the issue, referencing more Bible citations than statutes.

Shortly after Juror 13 was removed, the jury found Brown guilty on 18 counts. First Coast News spoke to a third juror in the case, who said 13’s removal effectively lifted a deadlock and changed the outcome of the trial.

Kent’s appeal questions whether it was appropriate to remove a juror for what he describes as praying for and receiving guidance. He says Corrigan erred in even questioning the juror, and by asking about his deliberative mental process.

acquit Congresswoman Brown and then dismissed the juror over defense objection

based on nothing more that the juror having prayed for guidance and believed that he received guidance from the Holy Spirit that Congresswoman Brown was not guilty.

Kent said the only reason to remove a juror is “willful misconduct.” In this case, he said, “the court itself found the juror sincerely believed he was following the court’s instructions” – and was not interfering with juror deliberations. Even the juror who complained about Juror 13’s comments admitted as much.

Kent also argued that whatever information the juror “received” from a Higher Power was not an “external influence” as envisioned by the law. He noted that a bribe or a comment from a bailiff could be considered external influences, but a religious conviction is a “mental process” that “should not have been inquired into.”

He also argued that “anyone familiar with the Bible would know that the Holy Spirit is an indwelling spirit, not an external force.

Finally, Kent argued that while he “would candidly agree that God exists” that “is not a fact that the federal court can determine to be real and external,” but can only regard as a mental process – which a judge cannot use to exclude a juror.

Prosecutors have not yet filed a response. Watch First Coast News for more on this developing story.