In a statement, Cobb County DA Joyette Holmes' office says this call to handle Ahmaud Arbery's case will not be taken lightly. 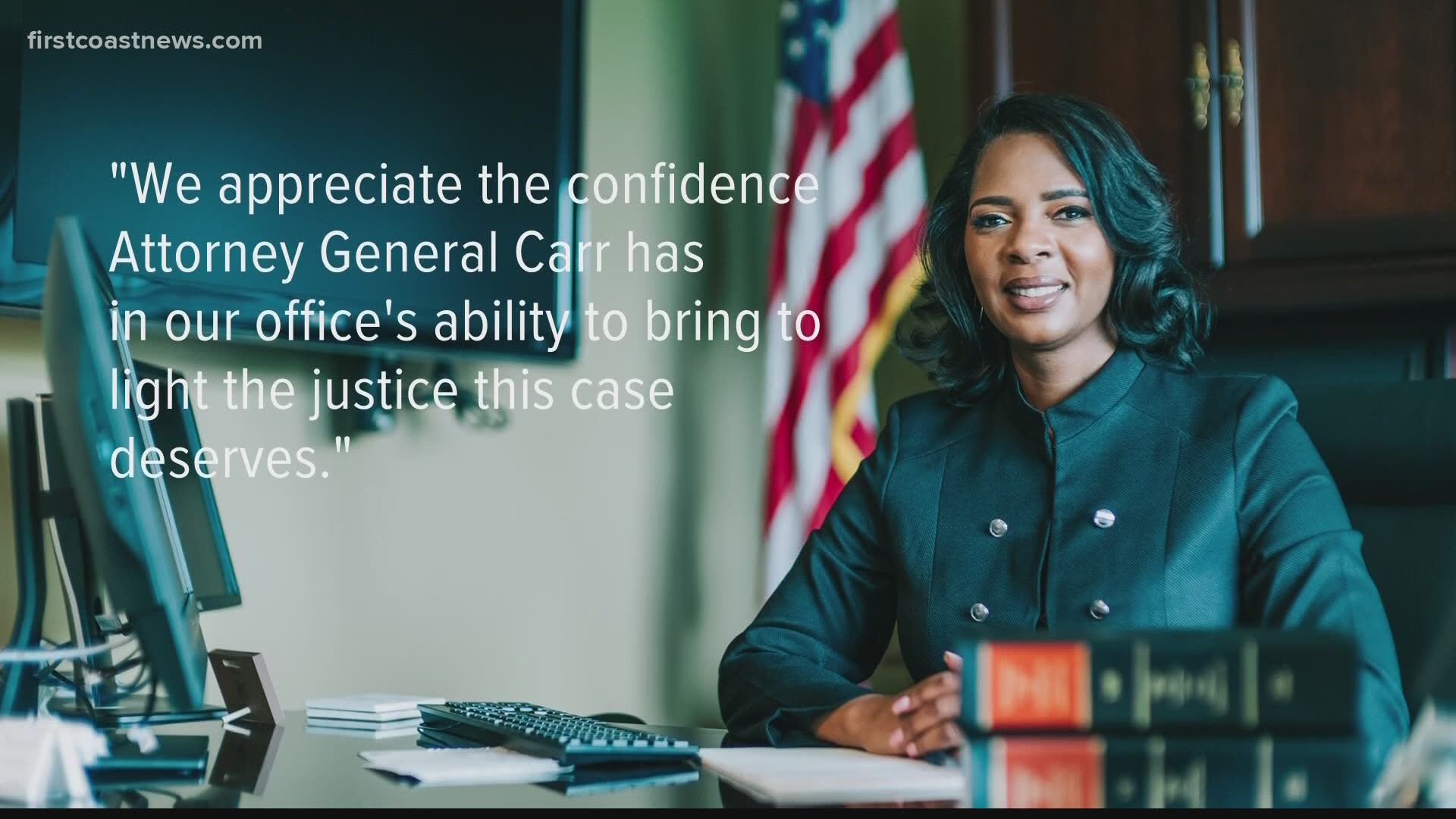 COBB COUNTY, Ga. — A special prosecutor has now been assigned to a case that has caused national outrage.

Ahmaud Arbery was shot and killed in a Brunswick, Ga. neighborhood on Feb. 23. The Georgia Bureau of Investigation got involved last week shortly after a video of the killing surfaced online. GBI arrested accused shooter Travis McMichael and his father Greg McMichael for Arbery’s death.

Two prosecutors had already recused themselves from the case due to conflicts of interest. Georgia’s attorney general stated Monday that since this case has grown in size and magnitude, another office is better equipped to handle the case.

Attorneys for Arbery’s family say they are glad that a special prosecutor was assigned. But this is another step on a long road before this case makes it to a courtroom.

Cobb County Georgia DA Joyette Holmes wrote in a statement: “We appreciate the confidence that Attorney General Carr has in our ability to bring to light the justice this case deserves.”

“Our office will immediately gather all materials related to the investigation thus far and continue to seek additional information to move this case forward,” DA Holmes said.

The case has put Brunswick in a national spotlight.

“It was a very difficult weekend, Ahmaud was born on Mother’s Day 26 years ago, and so with all the national attention to this, this family hasn’t had the opportunity to mourn like a normal family,” Merrit said.

Merritt has led calls for a special prosecutor outside of Southeast Georgia. Joyette Holmes from Marietta, just northwest of Atlanta, is the fourth DA to handle this case. Two previous prosecutors could find themselves at the center of an investigation into how the Ahmaud Arbery case was handled.

Jackie Johnson recused herself because Greg McMichael, the shooter’s father, worked in her office for several years.

The second DA, George E. Barnhill, recused himself because his son worked with McMichael in the Brunswick DA’s office.

In his recusal letter, Barnhill justified the shooting under self-defense and citizen’s arrest laws in Georgia.

“[Durden] received Barnhill’s opinion that was not well-rooted in the law or rooted in the facts," Merritt said. "It showed a great deal of bias. We believe it was prejudicial to Mr. Durden’s position on the case and we believe the prejudice was reflected when he had this video and all this evidence and didn’t make any significant steps."

Durden had the case since April 14, but the McMichaels were arrested four weeks later after the GBI’s involvement.

Merritt says the new DA Holmes looks good on paper but wants to do more digging.

Georgia Attorney General Chris Carr stated that he has reached out to the Department of Justice to investigate the handling of the case.

A spokesperson for the DOJ stated they are considering that request.