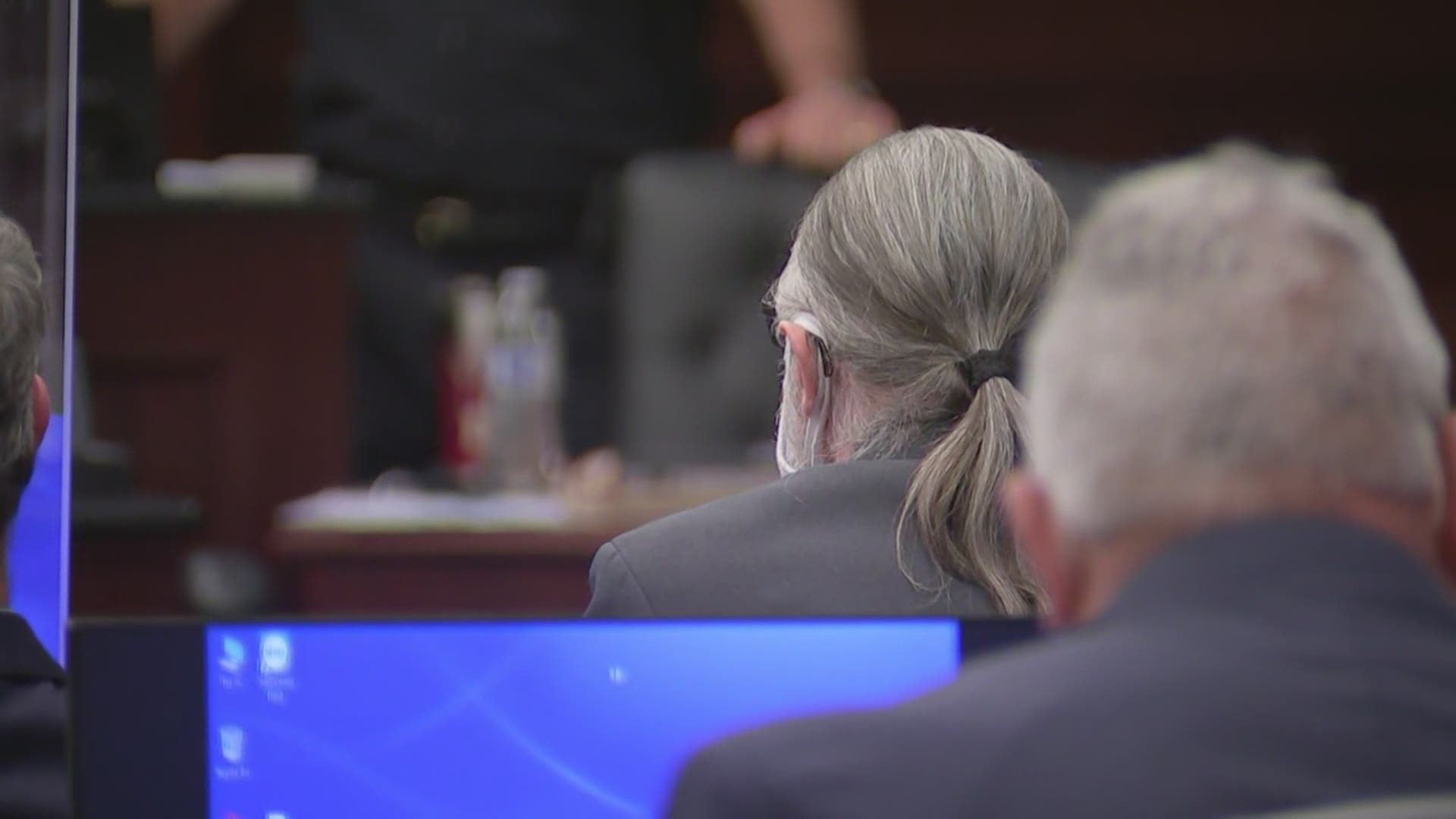 WARNING: This story may be disturbing to some readers.

We could see a verdict Friday in the case of accused killer Russell Tillis.

The centerpiece of the case is a three-hour jailhouse recording that includes Tillis confessing to numerous crimes, including murder, sex trafficking and abuse of a dead body. He spent about the same amount of time on the stand Thursday, claiming the confession is bogus.

You can watch the trial live right here, live tweets will also be added.

More hijinks. Several jurors need to make calls home to let them know what's up. But they aren't allowed to use cell phones. So the judge will now bring them BACK to figure it out. https://t.co/UnJMAVDkwn

Their question: “In the absence of physical evidence, is an abiding belief of his guilt enough for a conviction?" @FCN2go https://t.co/RbcWBtfkom

The deliberations clock does not officially start ticking until the jury receives the evidence and elects a foreperson. That time was 2:06 pm @FCN2go https://t.co/CJWxYn8Ayj

On the dismemberment "It requires time & effort & frankly a will that would allow a human being to do that to another human being. Sometimes the blade gets stuck… you start sweating. You are not cutting a dead piece of wood but a human being with blood & flesh & muscles" https://t.co/d2nuzT5xcz

"Have we ever seen a house decorated in such a fashion and booby trapped in such a fashion?" Mizrahi asks. "The only logical reason is to have your landscaping like this is bc you don’t want nosy neighbors knowing what's going on in your House of Horrors." @FCN2go https://t.co/ujZDFA8nMu

After closing arguments, the case could go to the jury for deliberations today. But Judge Borello might also wait until Monday. Said he will make that determination depending on how long closings run. @FCN2go https://t.co/PMf3vg9pHE

Prosecutors just said they will not call Russell Tillis' brother as a witness. Tillis implicated his brother Claude in the crimes he is charged with. I spotted Claude leaving the courthouse earlier -- the brothers look like twins, down to the long gray ponytail @FCN2go https://t.co/fvMM7tTqr9 pic.twitter.com/MJG7ZSk48p

Tillis told jurors he was angling to get the death penalty because he was depressed. He said he attempted suicide around the same time by swallowing pills "purchased" from fellow inmates in exchange for meals.

“I was in the hospital for three days," he told jurors of the overdose. "I shoulda never left. Shoulda ended up in the morgue.”

Tills said around then he conspired with fellow inmate Sammy Evans to create the elaborate confession, and deliberately made it as shocking as possible in an effort to create "aggravators" required by the death penalty.

Tillis claimed his brother talked him into killing the woman. “I told him, I said, look man, I’ll kill her but you cut her up.”

In the recording, he says they hung her body from chains in the garage, and he gave his brother a Sawzall. But after cutting off her head, Tillis says in the recording, his brother got “squeamish” and left – leaving Tillis to dismember the body. He then describes burying her in his backyard, where police detectives say they found her a few years later.

Tillis denied killing Gunter, and declined to discuss the dismembering allegations, saying he was asserting his Fifth Amendment right against self incrimination. He told jurors Claude Tillis showed up at his house with Gunter's dead body in his trunk ."Joni Gunter arrived at my residence in the trunk of my brother's car, and she was deceased. How she met her death, I had no clue."

Police interviewed his brother Claude during their investigation, but he was never charged with any crime.

Fletcher asked Tillis about the other parts of the recorded confession. “How about the 2 other girls that you say you killed?”

“No, that was all fictitious," Tillis testified. "The kidnappings, the other murders, the torture, the soundproof room. Those were the aggravating factors that I had created that would get me the death penalty."