The arraignment for Sheriff Darryl Daniels was set for Tuesday, Aug. 25 at 9:30 a.m.

CLAY COUNTY, Fla. — Newly released court documents shed light on the circumstances surrounding the arrest of Clay County Sheriff Darryl Daniels, who was released on his own recognizance after being arrested Thursday night for charges related to a long-running sex scandal investigation.

Daniels faces charges of tampering with evidence and giving false information related to an investigation into an affair with a former employee. His arraignment is set for Tuesday, Aug. 25 at 9:30 a.m.

According to the arrest warrant, Daniels is facing one count of tampering with physical evidence and three counts of making false reports to law enforcement authorities. A document titled "Charges Information" gives more detail on what led to those charges.

According to that document, from May 6 through June 9, 2019, Daniels "did alter, destroy, conceal or remove any record, document or thing, to-wit: cellular telephone or stored data on cellular telephone, with the purpose to impair its verity or availability in any proceeding or investigation, knowing that a criminal trial or proceeding or any investigation by a duly constituted prosecuting authority, law enforcement agency or grand jury of the state was pending or was about to be instituted."

The document goes on to say that on May 6, 2019, Daniels gave false information to Deputy Sheriff Christopher Ruby concerning the alleged commission of a stalking crime. On June 15, 2020, the document says Daniels gave false information to Inspector Keith Riddick and Special Agent Luis Negrete concerning the alleged commission of stalking or tampering with evidence, which comprises two of the counts of false reports to law enforcement authorities.

Another document approves Daniels' release on his own recognizance rather than setting bail.

The full text of the documents can be viewed below. 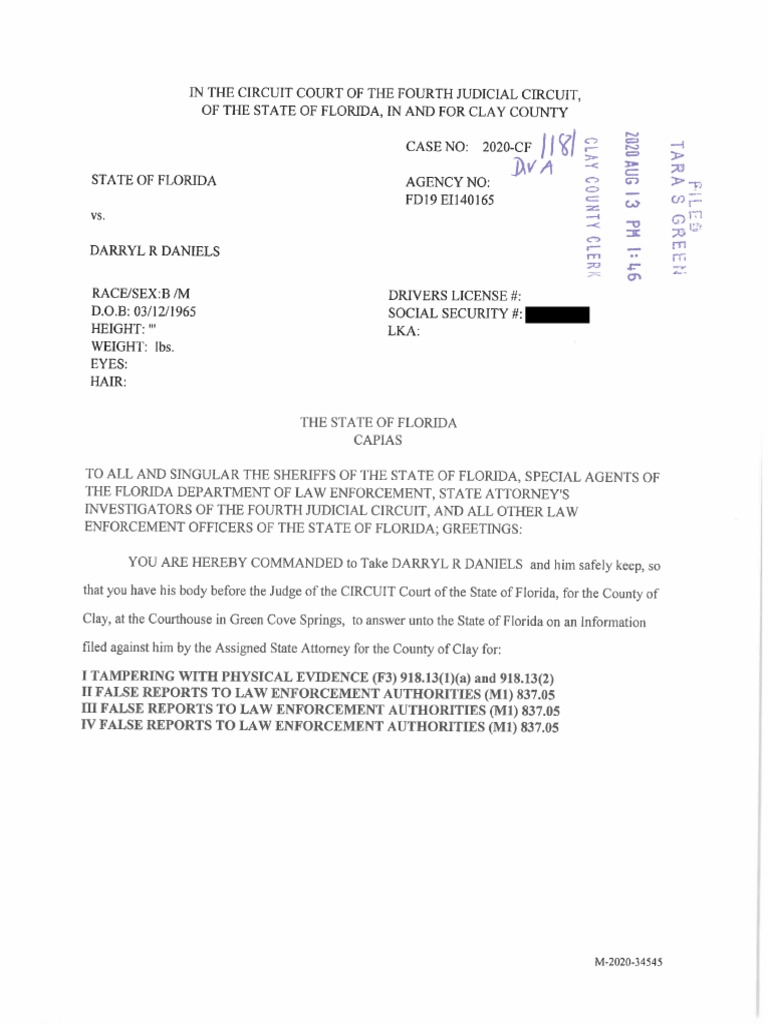 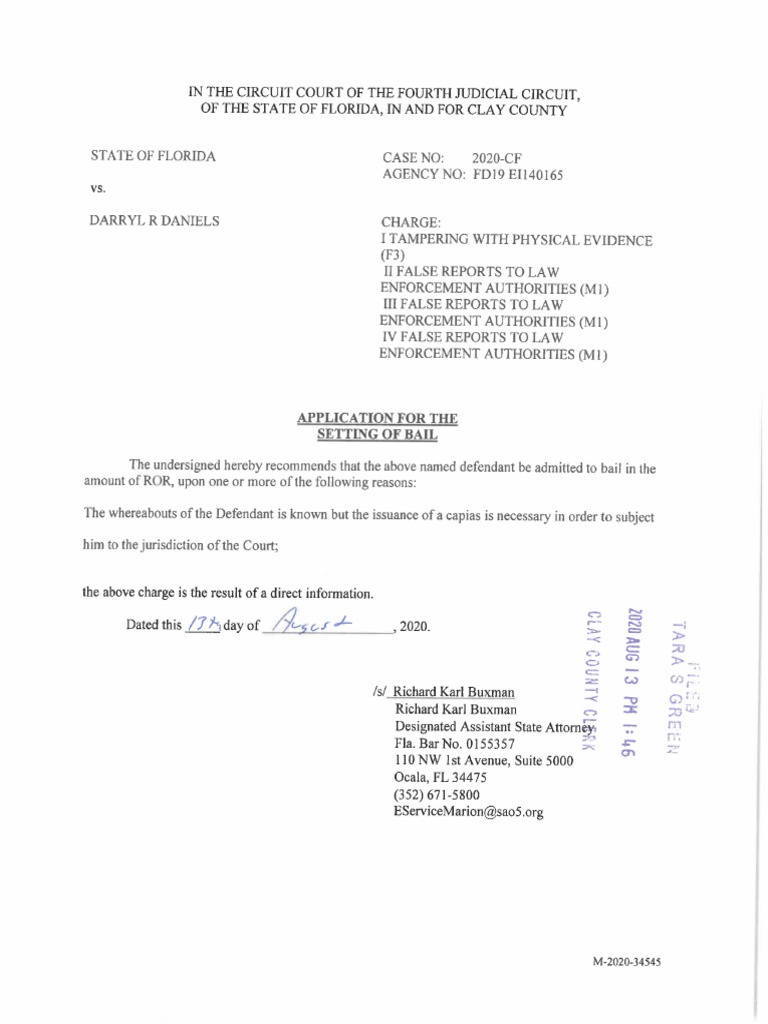 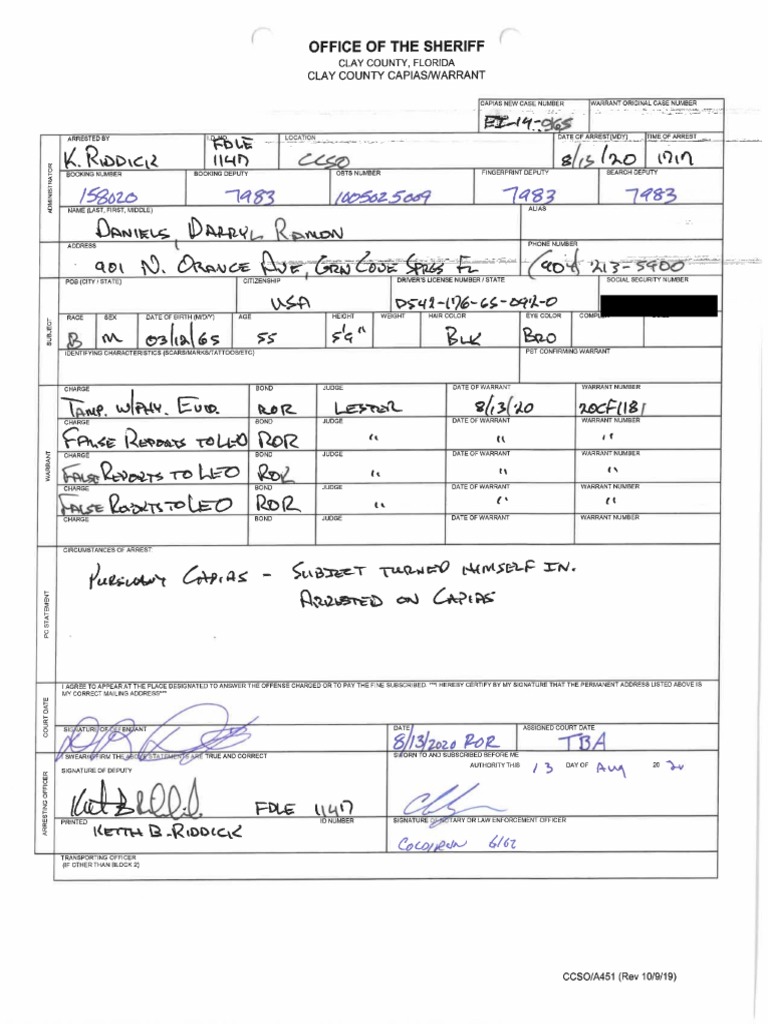 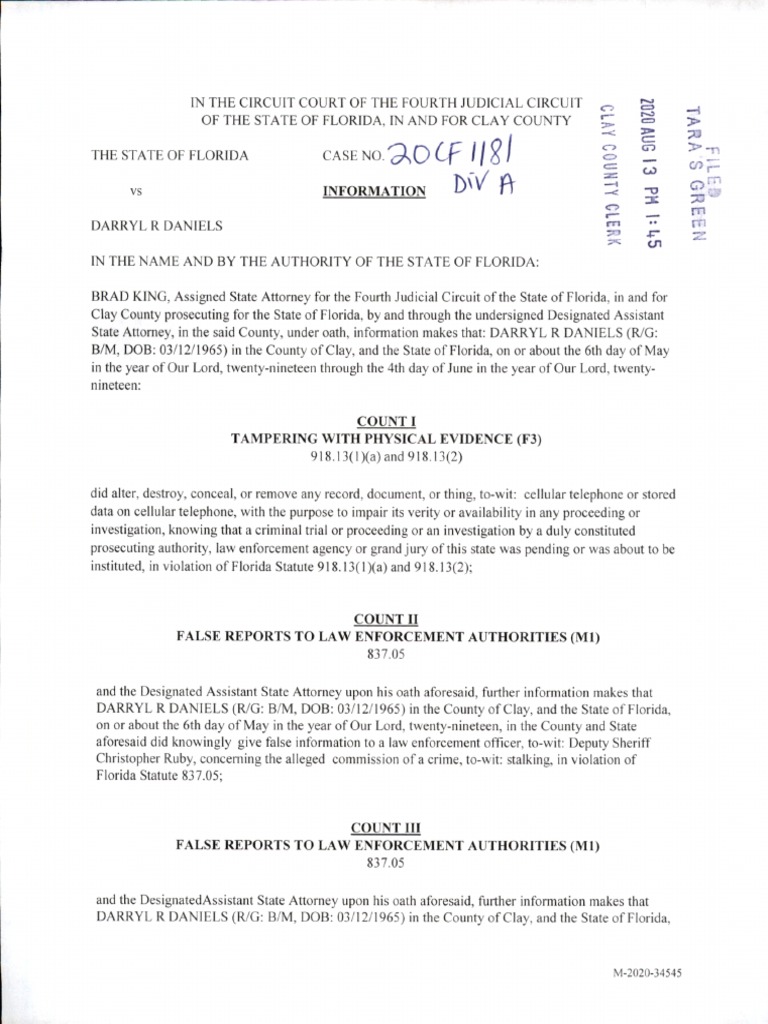 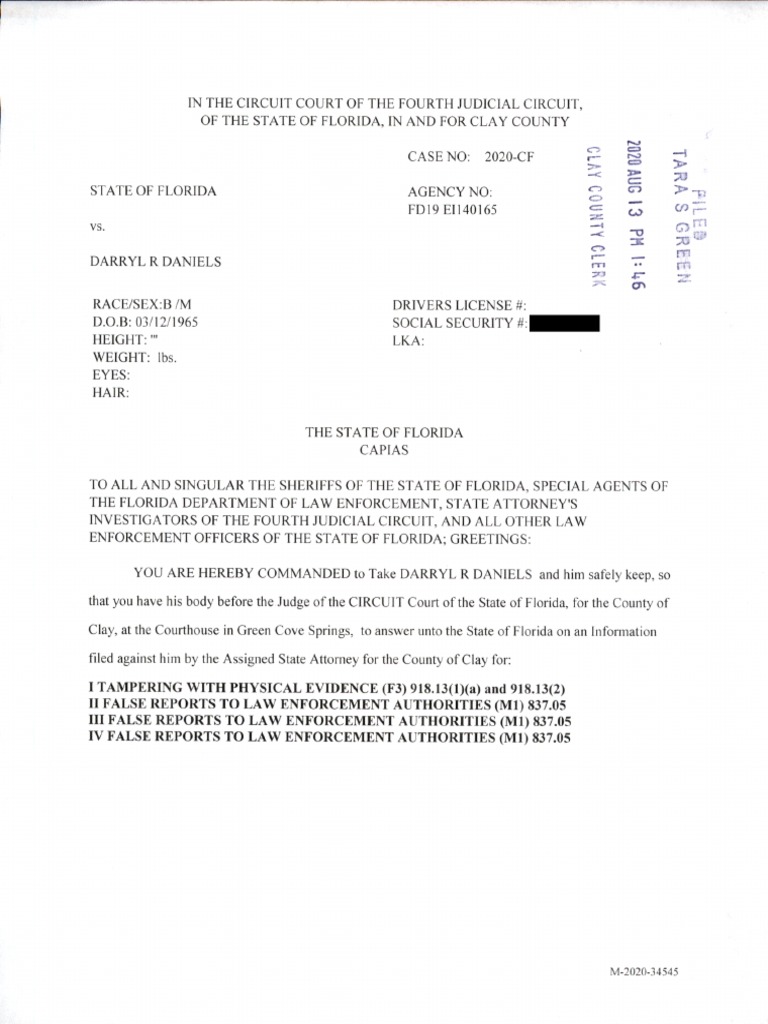