Norbert Logsdon, 67, is facing a child abuse charge after he was accused of hitting a 13-year-old girl in the chest and face with a Trump flagpole he was waving. 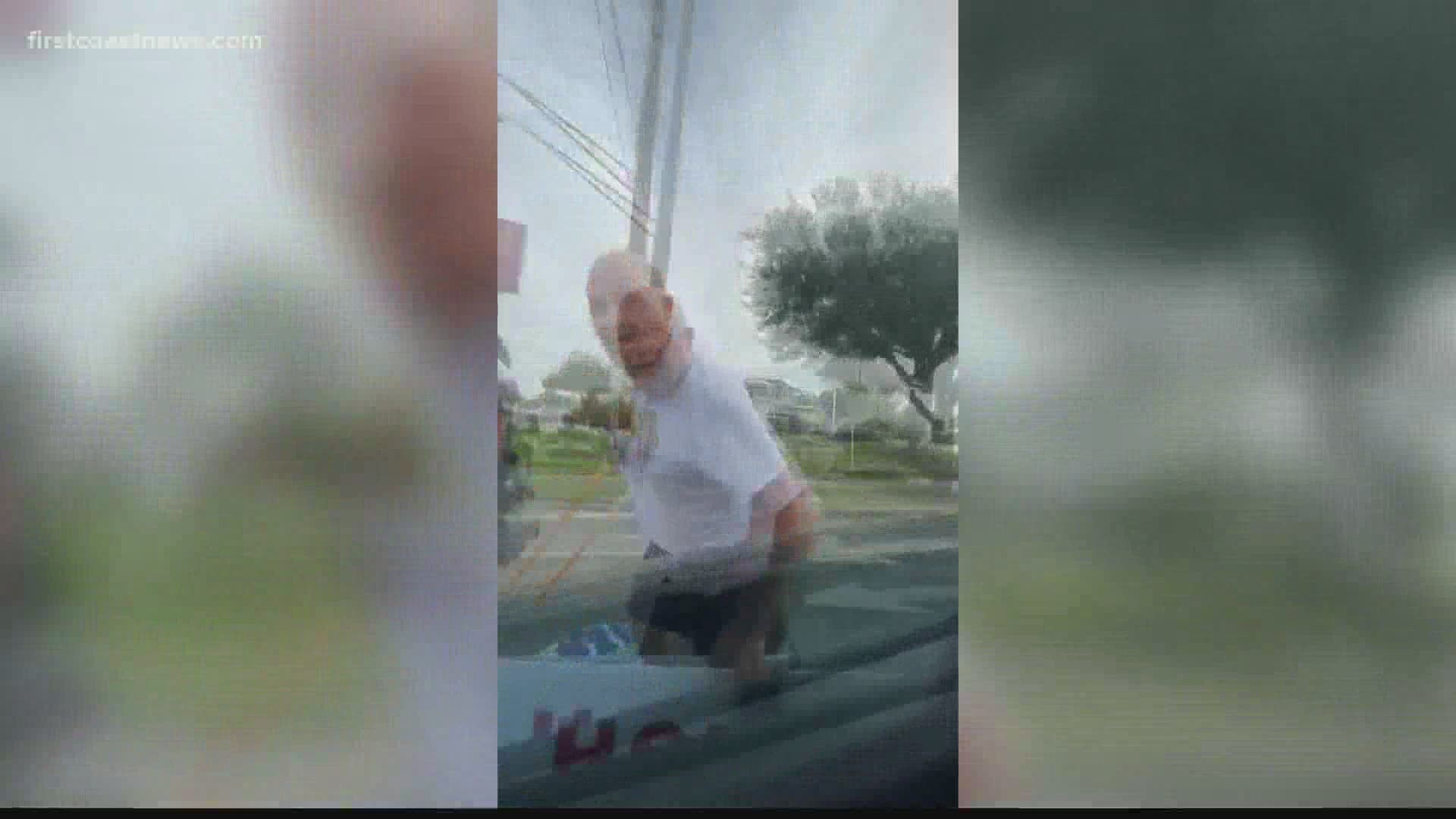 ORANGE PARK, Fla. — A Clay County man is facing a felony child abuse charge after deputies say he hit  a 13-year-old girl in the face with a flagpole while at a political demonstration in Orange Park on Wednesday.

Norbert Logsdon, 67, was waving the flag in support of President Trump. Cell phone video provided by the child's mother appears to show Logsdon shoving the flagpole into their moving car and the girl screaming after apparently being struck.

“I was shaking my hands. I was scared. I immediately wanted to tend to her wounds," Ledoux told First Coast News.

Ledoux said Logsdon was holding a flag in support of President Trump and flicking people off at the intersection of Loch Rane and Blanding Boulevard. So, she and her daughter flicked him off and shouted something to support their own political views, Ledoux said.

That’s when he came over to them with the flagpole, Ledoux said.

“I'm not going anywhere near protesters to be honest with you, because it scared us so bad someone reacted like that," Ledoux said. "I did see on social media that people are taking this to extremes -- as far as the Trump and the Biden's supporters, because this isn't the only incident where I've heard of injuries. It's crazy the way the election is turning this year to be honest with you.“

Credit: Crystal Ledoux for First Coast News
Norbert Logsdon, 67, was charged with child abuse after he was accused of hitting a 13-year-old girl in the chest and face with a Trump flagpole he was waving Wednesday in Orange Park.

“It's scenes like this that are showing how much unrest, and how much hostility, and how much stress is filtering its way through the entire public right now -- and we're losing the ability to cope effectively or rationally with," University of Florida Health Psychologist Dr. David Chesire said.

When words fail, he explained, people start to lash out -- and that’s where violence comes.

University of North Florida Political Science Associate Professor Mike Binder said voters also perceive the stakes to be high this presidential election – as they believe the candidates are far a part of the political spectrum. The outcome, he explained, has become dangerous.

“Suddenly, it's a real life or death situation and somebody who is on the other side of that -- they are perceived to be attempting to take away your way of life. So, that you've escalated this to a point where it's almost like a war, and that can lead to violence," Binder said.

Chesire and Binder both advise everyone to take a step back -- a statement this First Coast mother agrees with.

"The main thing is whatever party you represent, I don't think you should go to extremes like this. And especially if you don't believe in what are our viewpoints are -- to actually go to this level to attack us and hurt a child," Ledoux said.