COJ: Permit for Arlington football game denied over no security, ends with 1 dead

"The use/permit was denied in part because the organization declined to hire JSO officers to staff the event, which is a requirement," the city said. 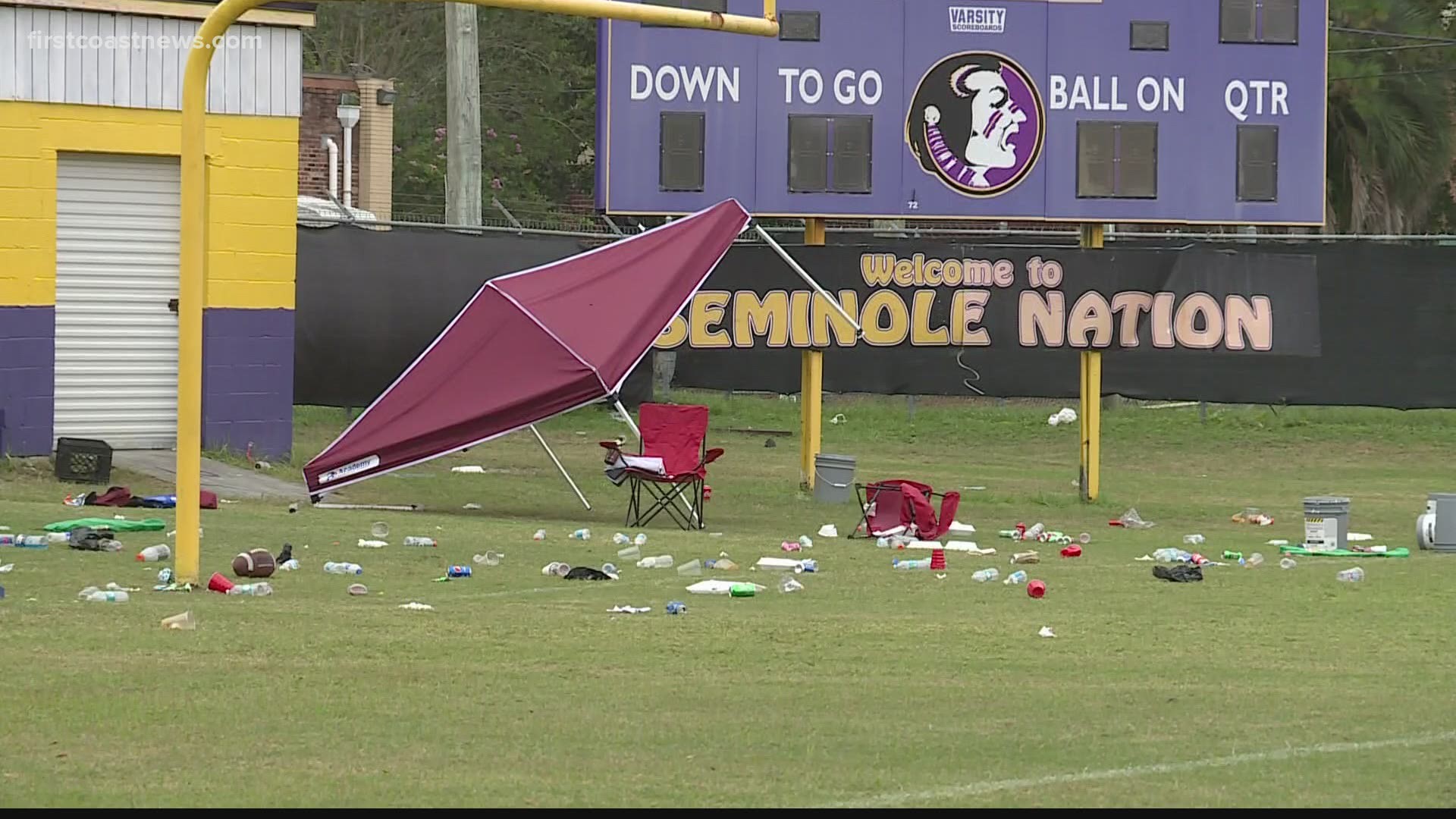 JACKSONVILLE, Fla — After a 7-year-old was grazed by a bullet and a man was shot and killed at a youth football game, First Coast News has discovered one of the organizations hosting the game was denied a permit to hold the event before it was scheduled at the Arlington Lions Club Field.

A City of Jacksonville spokesperson said it's because organizers did not want to hire security.

“One of the organizations hosting the youth football game last weekend where a shooting occurred had requested use of a City of Jacksonville owned park for the event through the City’s Parks Athletic Association. The organization also requested to charge admission at the gate for the sporting event, which also requires a City permit. The use/permit was denied in part because the organization declined to hire JSO officers to staff the event, which is a requirement of the City of Jacksonville for large permitted events.”

The spokesperson clarified that organizers then moved the game to the Arlington Lions Club Field off of Macy Avenue, where the shooting happened Sunday.

Horace Strickland with the Lions Club said his organization owns and maintains the field, but the Arlington Football Association or AFA handles the events there.

First Coast News emailed the association for comment and reached out to one of the coaches, and did not receive a response back from either.

Mayor Lenny Curry said he’s spoke with Jacksonville Sheriff Mike Williams about the event, and even scheduled a meeting with him next week.

“We’re going to continue to up the ante and do everything we can to give young people opportunities that don’t include crime and violence, and to frankly get bad guys shooting people off the street, put in jail and prosecuted,“ the mayor explained.

Morgan said this incident proves why the city wants security at these games, but emphasizes building safer communities will take more than just policing.

“There is another component that economic development, workforce development. There are so many components in a community, so many elements that help drive all of this," she said.

Morgan still plans to have a town hall this upcoming Monday at 6 p.m. to get more ideas from the community about how to combat violence in Arlington. She said Williams also plans to attend the virtual town hall.