Police say the man attempted to steal a Nissan Pathfinder with three people inside and that multiple people from the church intervened and stopped him. 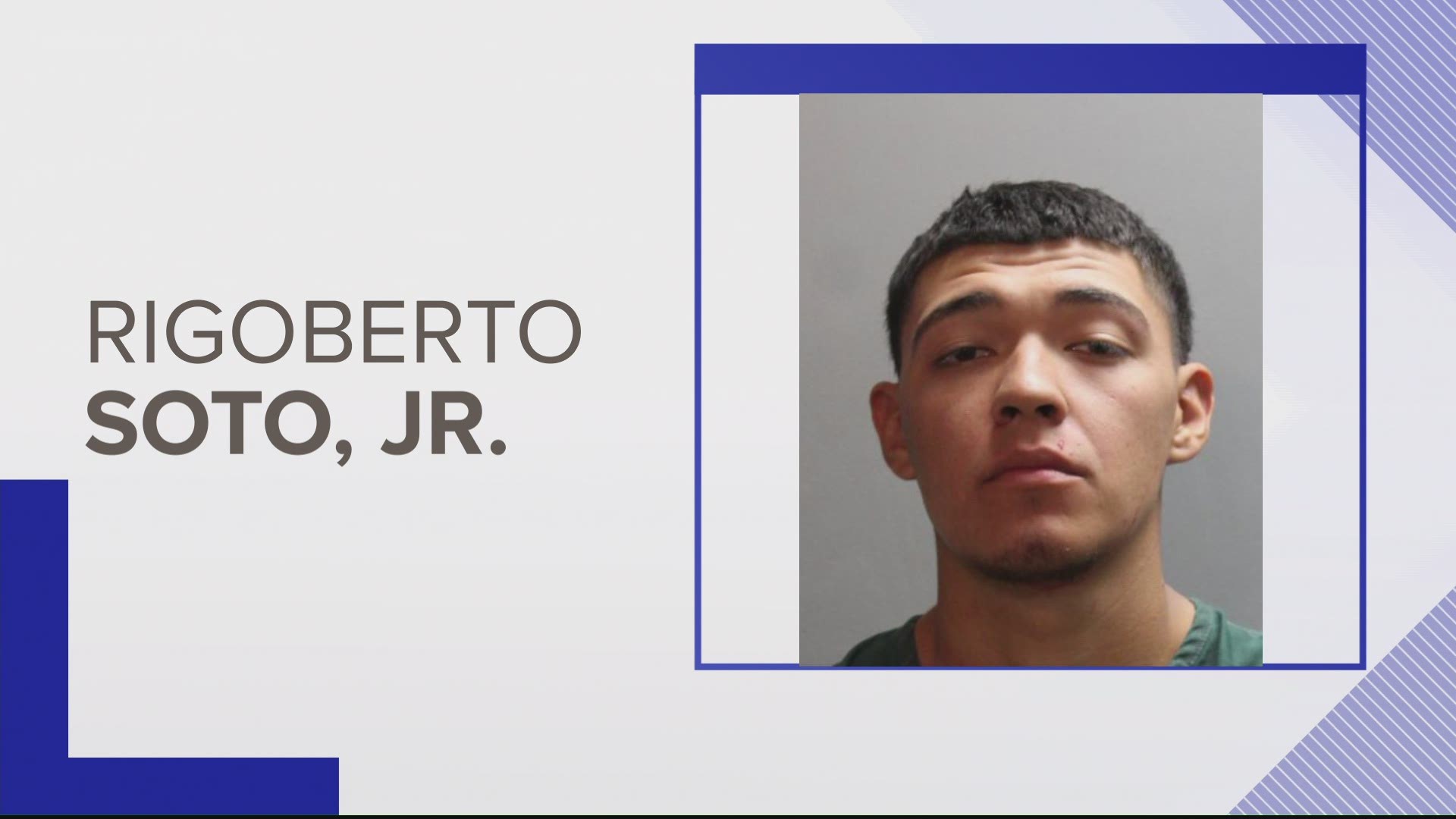 JACKSONVILLE, Fla. — Some Florida church members are being hailed as heroes after reportedly subduing a would-be car thief and kidnapping suspect in Jacksonville on Sunday evening.

The Jacksonville Sheriff's Office charged Rigoberto Soto Jr., 19, with three counts of kidnapping, theft of a motor vehicle and resisting an officer without violence.

Around 5:30 p.m., officers with the Jacksonville Sheriff's Office responded to Destination Church, located at 88 Arlington Road North, in reference to an incident of someone being held in custody by citizens.

Upon arrival, JSO Officer NE Manning was able to detain Soto Jr. in the back of his patrol vehicle, the arrest report says.

JSO says the man attempted to steal a Nissan Pathfinder with three people inside and that multiple people from the church intervened and stopped him.

According to the arrest report, officers noted seeing the vehicle in the parking lot with multiple doors open. Officers were told the car was originally parked in front of the church.

While portions of the police report are redacted, First Coast News has learned that one of the victims told police she was sitting in the back seat of the vehicle with two other people when the incident occurred.

She told police that men from inside the church rushed out to subdue Soto Jr. until police arrived.

JSO says that Soto Jr. actively resisted police during the arrest by bracing, tensing and pulling away.