Police said the children were covered in dirt from head to toe and reportedly dressed in clothing "that were soiled to the point of being unwearable." 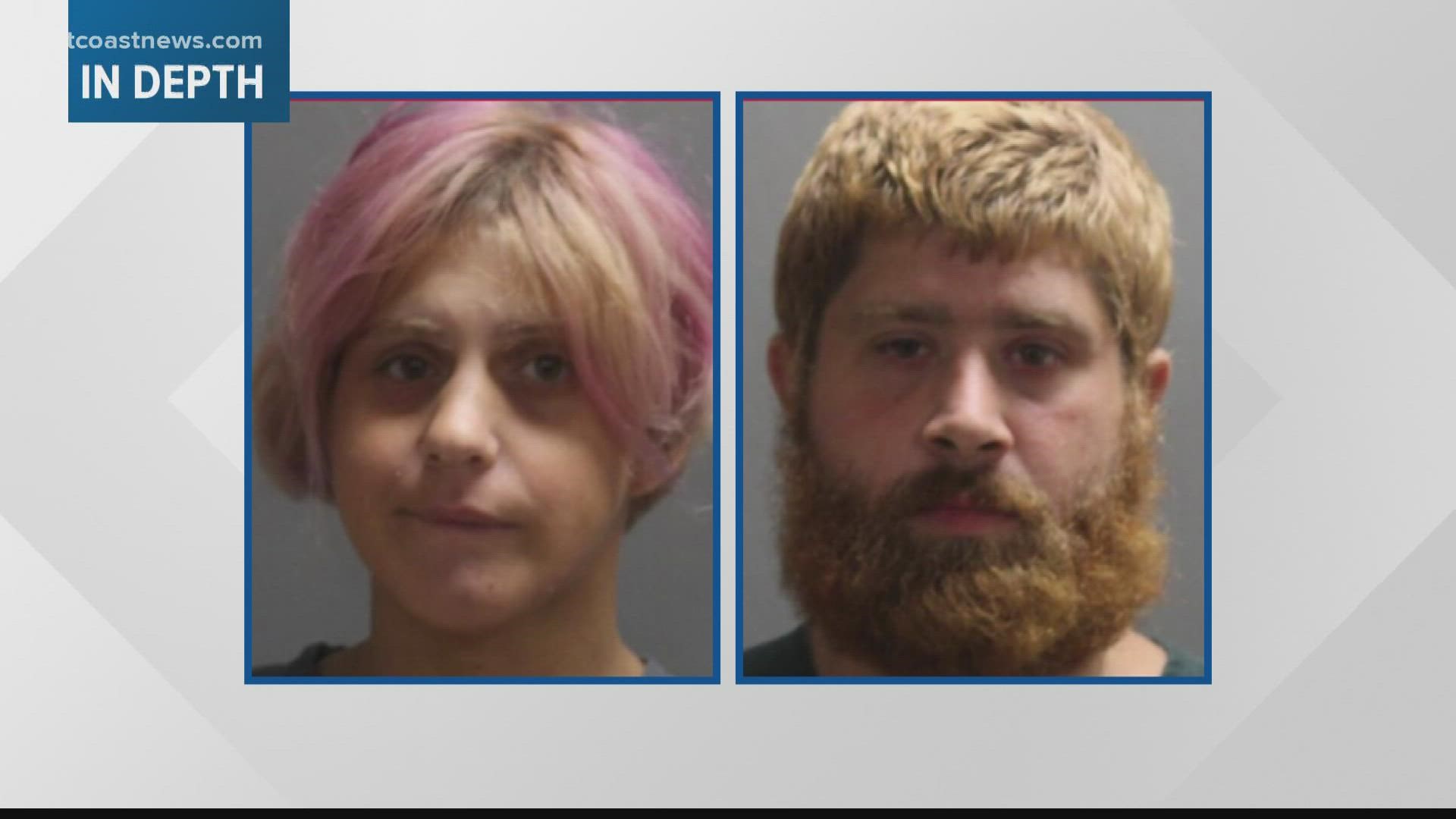 JACKSONVILLE, Fla. — A couple was arrested after three children were found living in a home that reportedly reeked of urine and feces, the Jacksonville Sheriff's Office said in a report.

Brenda Mahan, 28 and Louis Mahan 30, were charged with several counts of child neglect.

According to a police report, DCF alerted police about a possible child abuse situation that involved allegations of children being tied up and beaten with a paddle, and a feeding tube that had been removed without medical assistance.

When police arrived at the home on September 7, three children were found living in a home in vile condition.

Police said the children were covered in dirt from on their faces, chest, stomachs and feet. They were reportedly dressed in clothing "that were soiled to the point of being unwearable".

Police described the living situation as a residence with five adults and several children. The report states that several animals lived inside the home including dogs, cats and chickens.

The odor or animal feces and urine as so pungent, police say it could be smelled from the exterior of the home.

One victim had a severe rash that "appeared to be several small bites" on the back of her neck that spread to the top of her back, the report states. The report states there was also “a circular indent on her stomach where a feeding tube used to be attached.”

The children were taken to a medical facility for evaluation and all three reportedly had deteriorating teeth and multiple cavities, according to the incident report.

The two female victims were diagnosed with a "severe lice" infection.

The report says one of the victims either had flea bites or scabies, and that doctors were unable to determine which one.

The Mahan's say they had just moved to Florida from Arkansas three weeks prior to the incident.