The 5-year-old girl was reported missing by her mom, Brianna Williams, who is now in jail facing charge of aggravated child abuse. 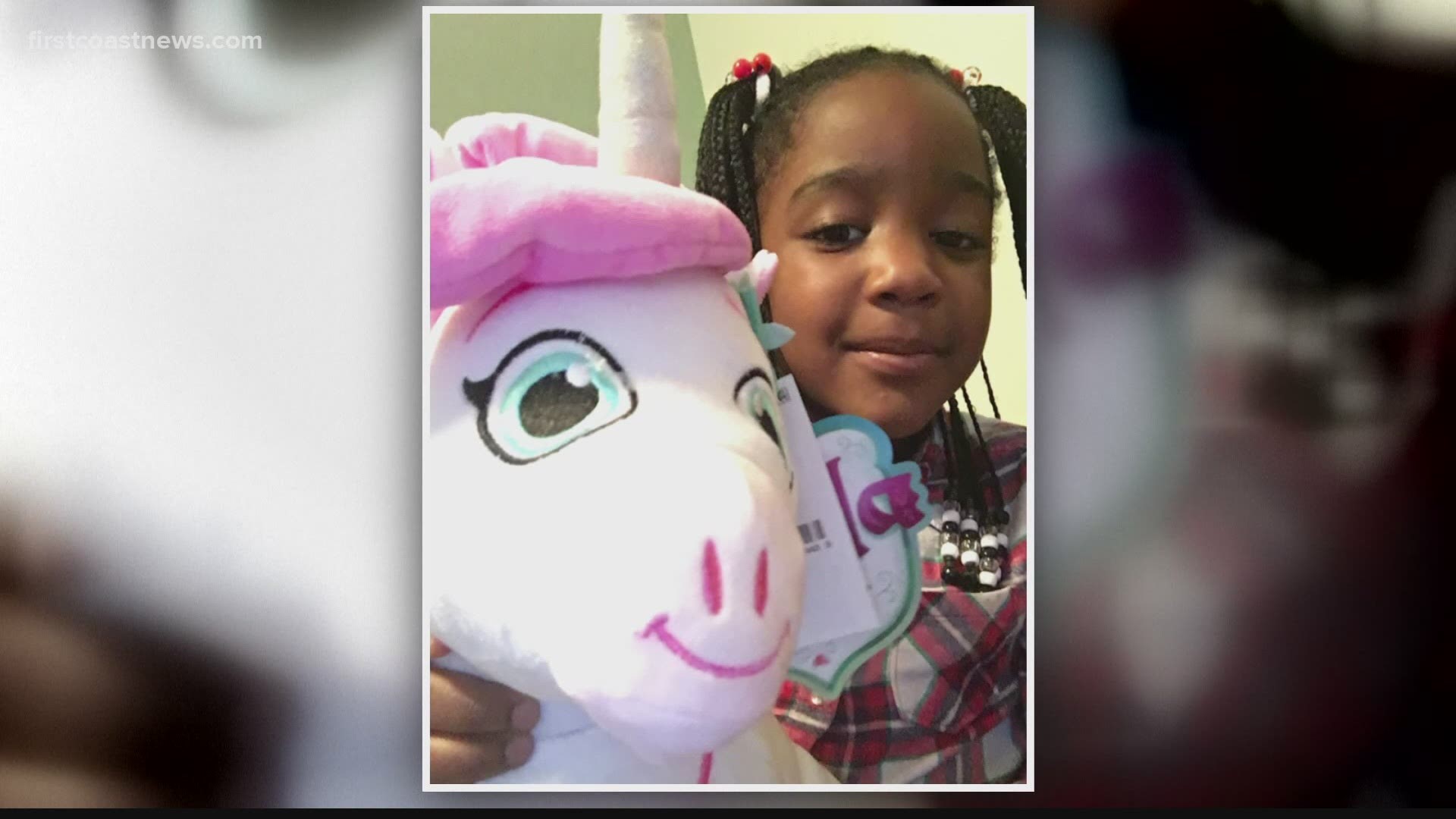 JACKSONVILLE, Fla — More than a year after the remains of 5-year-old Taylor Williams were found buried in a shallow grave in Alabama, the Alabama Medical Examiner's Office released her autopsy report saying the of death was "undetermined."

The autopsy was conducted in November of 2019 by the Alabama Department of Forensic Science and includes evidence of matching DNA collected from her mother, Brianna Williams.

NEW: 5-year-old Taylor Williams’ autopsy released. Cause and manner of death undetermined. Taylor’s mother, Brianna, reported her missing a year ago. A week later, Taylor’s remains were found in Alabama. Brianna is in jail connected to, but not directly charged in Taylor’s death.

RELATED: Ten things to know about the disappearance of 5-year-old Taylor Williams

Brianna Williams is charged with aggravated child abuse, lying to police and tampering with evidence. Officials contend she tortured, maliciously punished or caged Taylor Williams sometime between the last time the girl was seen alive in April 2019 and when Brianna Williams reported the girl missing last November.

The girl’s remains were found days later outside the small Alabama town where Brianna Williams grew up. She has pleaded not guilty.

"The discovery of the decomposed remains in a wooded area is suspicious for homicide but no definitive evidence of violence was present on the bones discovered," the report reads. "The presence of linear enamel hypoplasia on the teeth and (skull)...are suspicious for neglect or severe illness but there is no other evidence to support this hypothesis."

RELATED: 'Starved her to death': Brianna Williams' friends say they think that's what happened to the 5-year-old

Police reports released in July show investigators discovered a closet in Brianna Williams’ Southside apartment reeking of bodily waste and human decomposition, as well as bloodstains on the carpet and walls that tested positive for Taylor Williams’ DNA.

Investigators believe Brianna Williams, a former Navy Petty Officer First Class at NAS Jax, kept her 5-year-old daughter in that closet when she was not at home.

The autopsy's findings make it unlikely that murder charges will ever be filed in the case -- but not impossible. First Coast News crime analyst Mark Baughman says "it's not good for the state [prosecutors] ... but there have been convictions on homicide cases where you don't even have a body."

Baughman noted prosecutors could point to apparent circumstantial evidence of neglect. "You don't lock your child inside a closet, you don't you don't leave them there for long periods of time, you don't feed them from soup cans by poking holes in them and have them go to the bathroom inside the closet," he said, citing examples of alleged neglect found by detectives.

Baughman also says just the fact was child was found in the woods makes the "undermined" finding somewhat confusing.

"To me, that [location] leads to manner of death -- it's a homicide. She doesn't die naturally, and just gets put out into the woods," he said, adding, "I think that's an injustice for the victim."