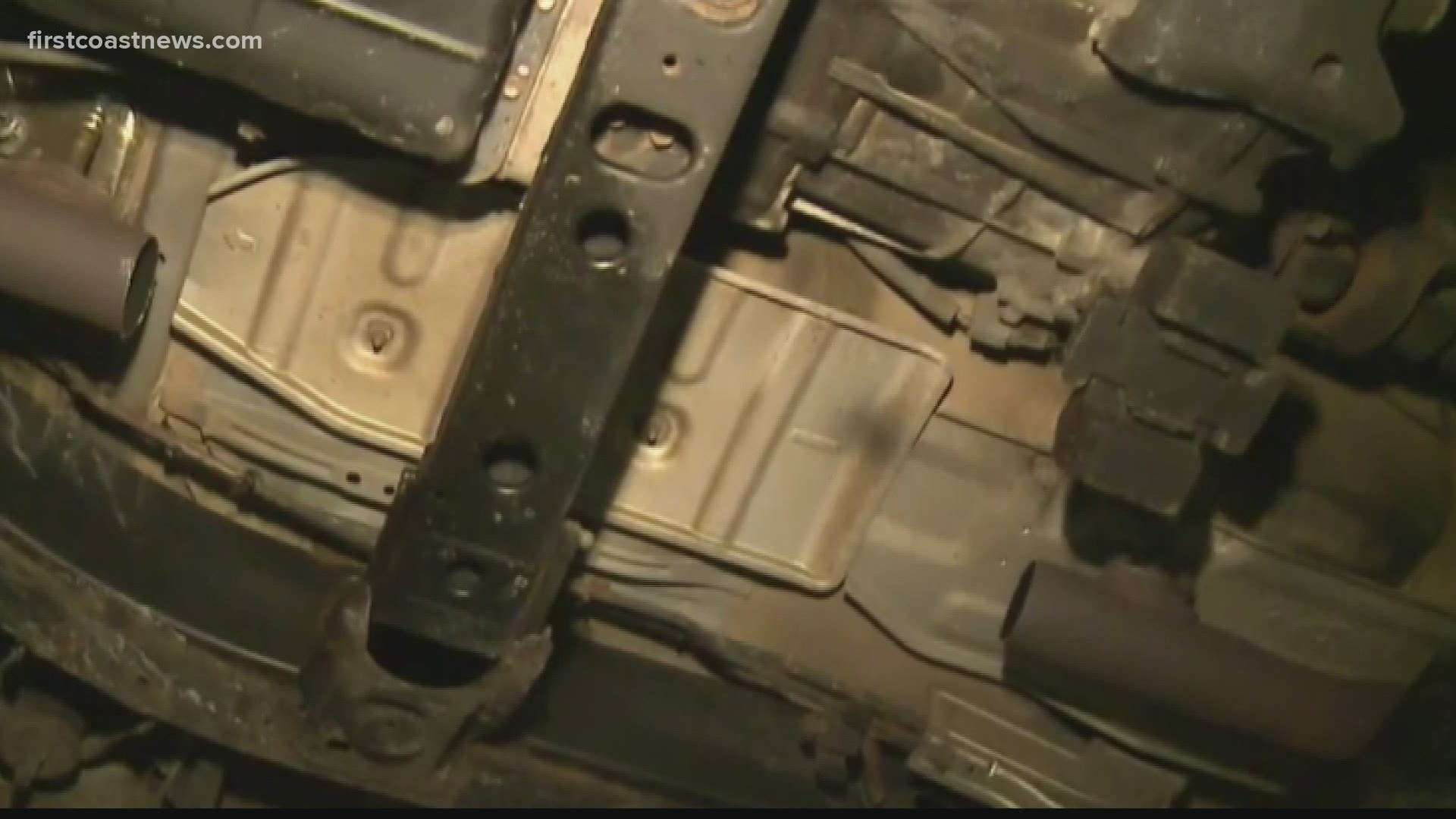 However, making money from the platinum and other materials in the catalytic converters may be harder than they think.

"It's not something a person can do. It's a manufacturing process that a catalytic converter has to go through to remove the catalyst from it," said Rupert McDaniel, a worker at a southwest Georgia recycling facility.

McDaniel said he gets several calls each week from people looking to sell converters, but he is not licensed to buy them. He said they are too much paperwork to keep on record.

"It's just a different type of license that's required, and you have to handle it in a different way," McDaniel explained.

Recently, Brunswick Police reported a total of 22 converters taken from trucks in the city.

The first report came from Brunswick Pawn on Feb. 3. Police say six Budget rental trucks had the catalytic converters cut off from under the truck.

McDaniel said Georgia needs tighter regulations to enforce who buys and sells converters to reduce the number of thefts.

McDaniel explains the red flags he sees when people are trying to skirt the law.

"Anyone who rides up in a bicycle and tries to sell you something from a vehicle,  there's a reason for it," he said.

So, what can you do to protect your vehicle from being a target?

Police advise people to park in well-lit areas or in a garage if you have one.

Also, you can weld the converter to your car's frame, making it harder to steal.

As of Wednesday night, Brunswick police do not have any suspects and surveillance video from the nearby businesses have turned up nothing.