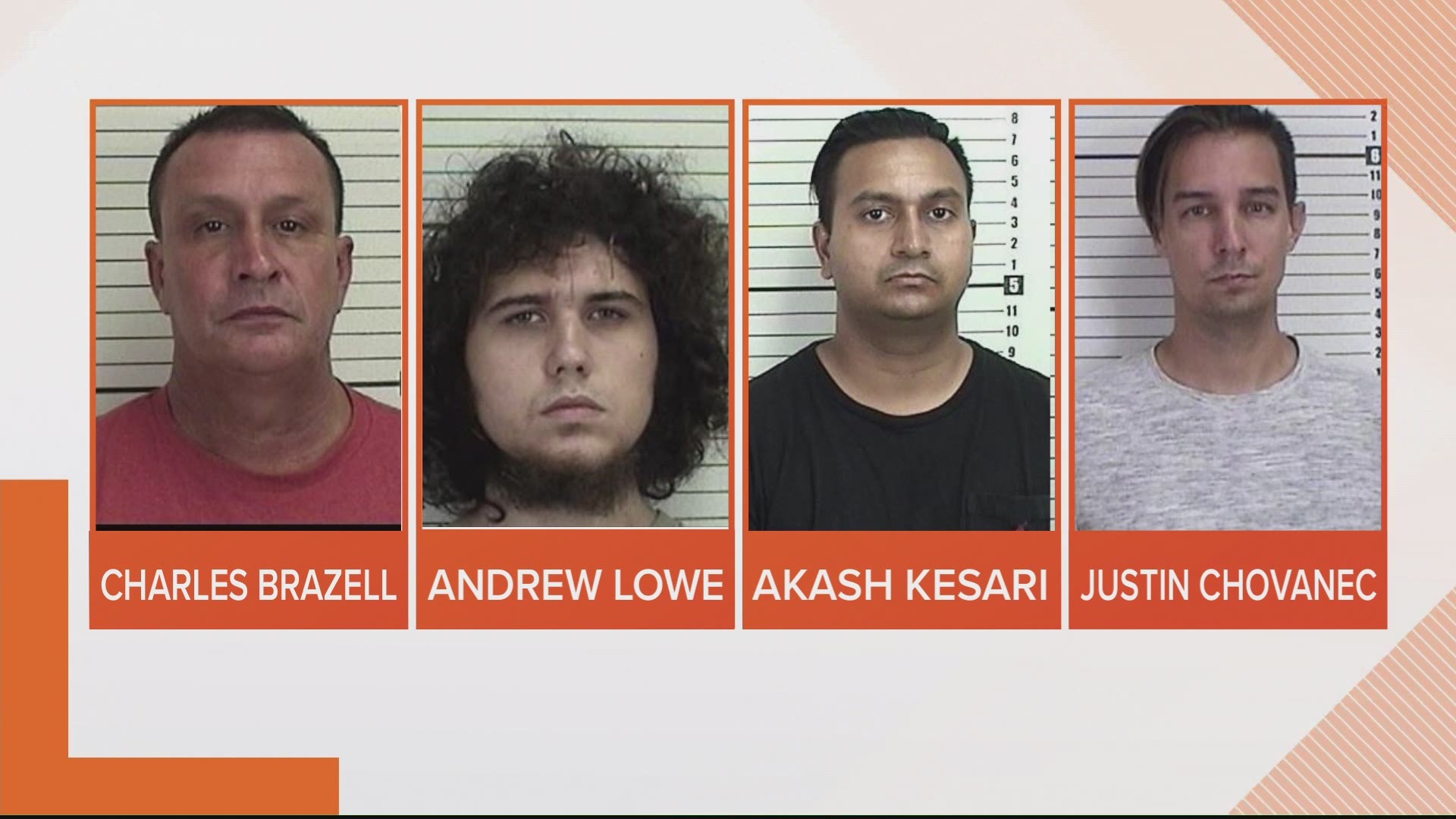 JACKSONVILLE, Fla — Two men from St. Marys, Georgia and a man from Kingsland, Georgia are among those arrested following an internet sting targeting online child predators, according to the Camden County Sheriff's Office.

During a joint operation that involved NCIS (The Naval Investigative Service), authorities arrested Charles Brazell, 50, from Kingsland, Justin Chovanec, 36, and Andrew Lowe, 23, from St. Marys, and Akash Kesari, 32, from Savannah.

“As a result of law enforcement agencies working together, four people, whose intentions were too prey upon the children of this community, were arrested," said Sheriff Jim Proctor. "I applaud the work of all members of the team who captured these people before they could victimize a child.”

A spokesman for NCIS issued a thanks to CCSO for assisting in the operation.

“We would like to thank the Camden County Sheriff’s Office and our local law enforcement partners for working with us to combat child predators where our DON families live and work,"  said Southeast Field Office Special Agent in Charge Tom Cannizzo.

Details leading to the arrests were not made available at this time.