Gregory McMichael and his son Travis followed Ahmaud Arbery before shooting him. McMichael, who used to work for Brunswick police, said Arbery looked like a burglar. 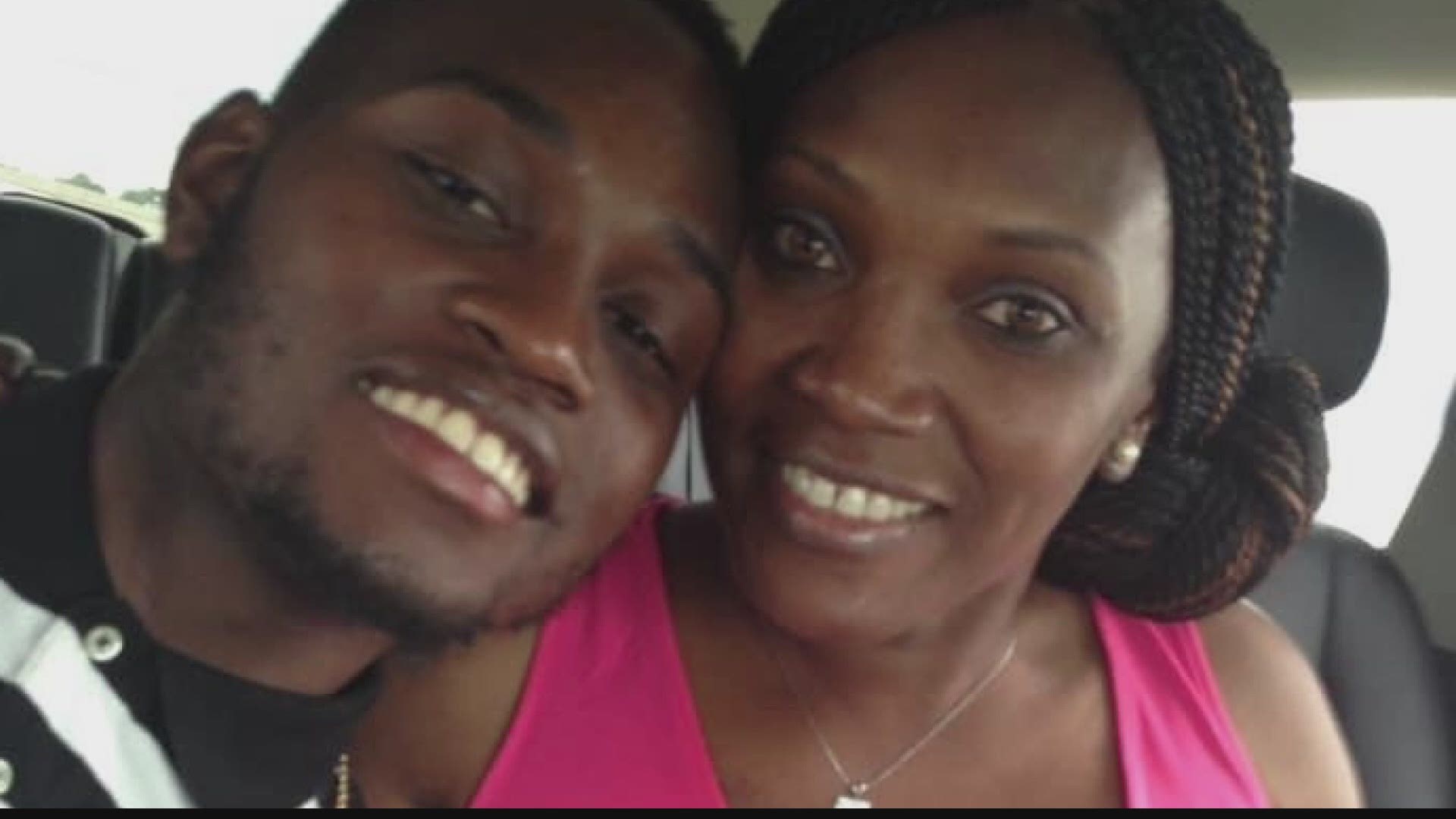 Ahmaud Arbery’s mother, Wanda Cooper, is asking for justice in her son’s death.

A police report states on Sunday, Feb. 23 at about 1 p.m., police responded to an incident of shots fired at the intersection of Satilla and Holmes drives.

When Glynn County police arrived, the found Arbery, 25, dead on the scene.

An officer began speaking with Gregory McMichael, named as a witness to the incident.

McMichael, who worked several years for the Brunswick Police Department before working as an investigator in the Brunswick District Attorney’s Office, told police there were several break-ins in the neighborhood.

McMichael told police he saw Arbery running down Satilla Drive, he then ran inside his home and asked his son Travis McMichael to help him confront Arbery.

McMichael and his son got a shotgun and handgun because they “didn’t know if Arbery was armed or not.”

The police report says the father and son got into their truck and drove down Satilla Drive toward Burford Drive.

Gregory McMichael stated when they arrived at the intersection of Satilla Drive and Holmes Drive, they saw Arbery running down Burford Drive.

In the report, McMichael says they attempted to cut off Arbery, but he turned around and began running back in the other direction.

McMichael and his son continued to follow Arbery, they shouted “stop, stop, we want to talk to you.”

McMichael pulled up next to Arbery. Travis McMichael got out of the truck with the shotgun.

According to statements, that’s when McMichael says Arbery attacked his son and the two men started fighting over the gun at which point Travis McMichael fired a shot. A second later there was a second shot.

Arbery fell down on the pavement.

Arbery was a football player and graduated from Brunswick High School in 2012.

He went on to attend South Georgia Technical College.

Cooper said that her son was pursuing a career as an electrician.

Lee Merritt, Cooper’s attorney tells First Coast News they are concerned about this case due to McMichael’s ties to the law enforcement community.

Merritt says McMichael and his son are using a citizen's arrest statute in Georgia to justify the shooting.

The statute states that "a private person may arrest an offender if the offense is committed in his presence or within his immediate knowledge."

“We have no reason to believe that either actor here, Travis or Gregory observed a crime,” Merritt said.

“We’ve been denied justice for too long already, but we still want a full, thorough independent investigation preferably by the GBI (Georgia Bureau of Investigation),” Merritt said.

McMichael's attorney Alan Tucker tells First Coast News they do not want to offer a comment at this time.

The case has been passed along to Hinesville District Attorney Tom Durden. First Coast News has reached out to Durden for comment and we have not heard from him.