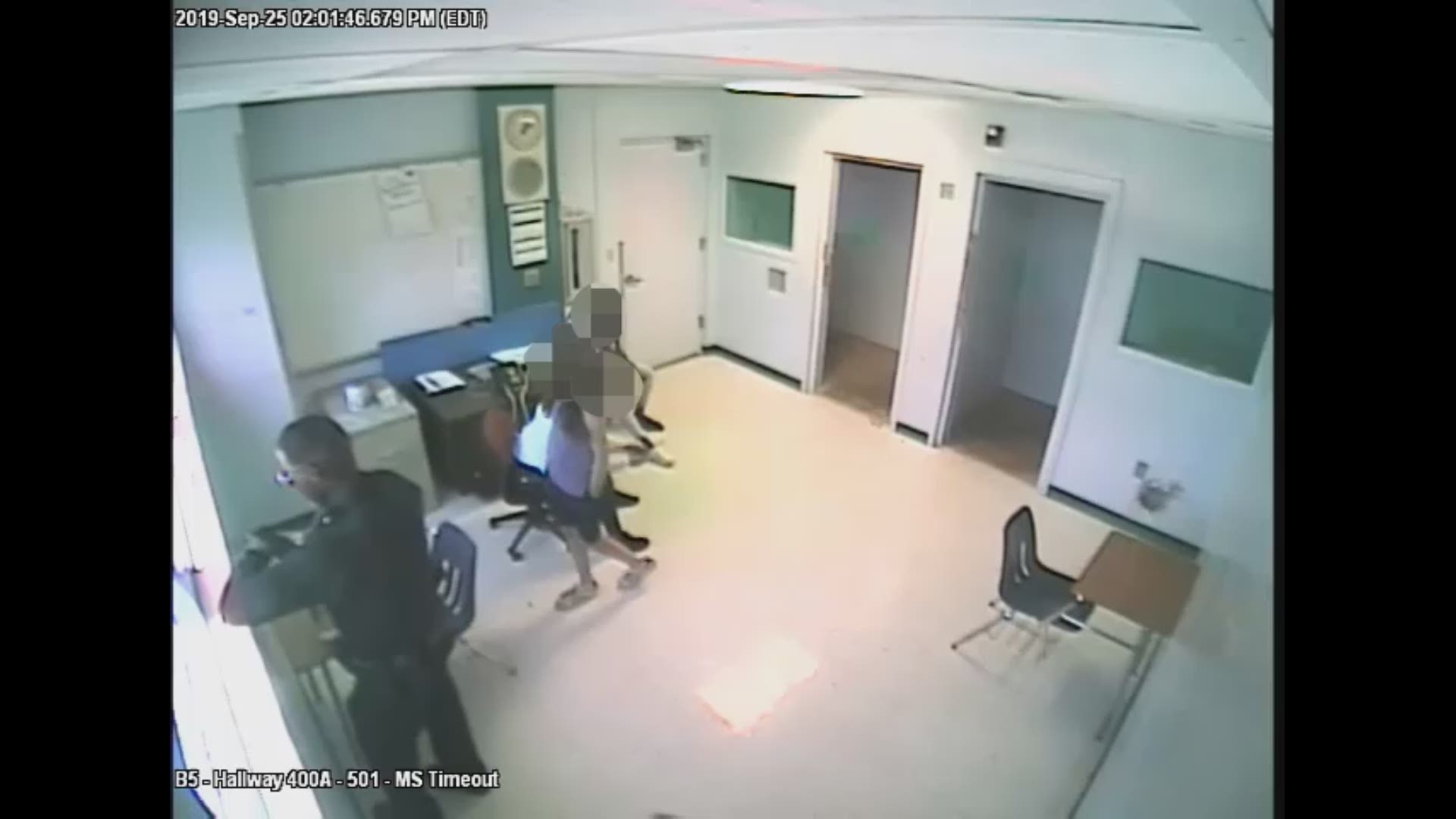 A former Broward County Sheriff's Office School Deputy faces one count of child abuse after he was reportedly caught on camera grabbing a teen girl by the neck and slamming her into the ground in September.

Willard Miller, 38, was arrested on Nov. 5. He turned himself in after school surveillance video reportedly caught the incident of him with the 15-year-old student at Cross Creek School in Pompano Beach on Sept. 25 where he was assigned.

Two days later, on Sept. 27,  a BCPS Special Investigative Unit reported the incident to BSO's Internal Affairs Division. Consequently, the video was reviewed and Miller was removed from the school and placed on administrative assignment.

On Oct. 23, the case was presented to the State Attorney's Office and Miller was suspended without pay on Oct. 28.

No other details were released about this case.