Police say that the teens live at the hotel and that they were outside when a car pulled up and shot at them. 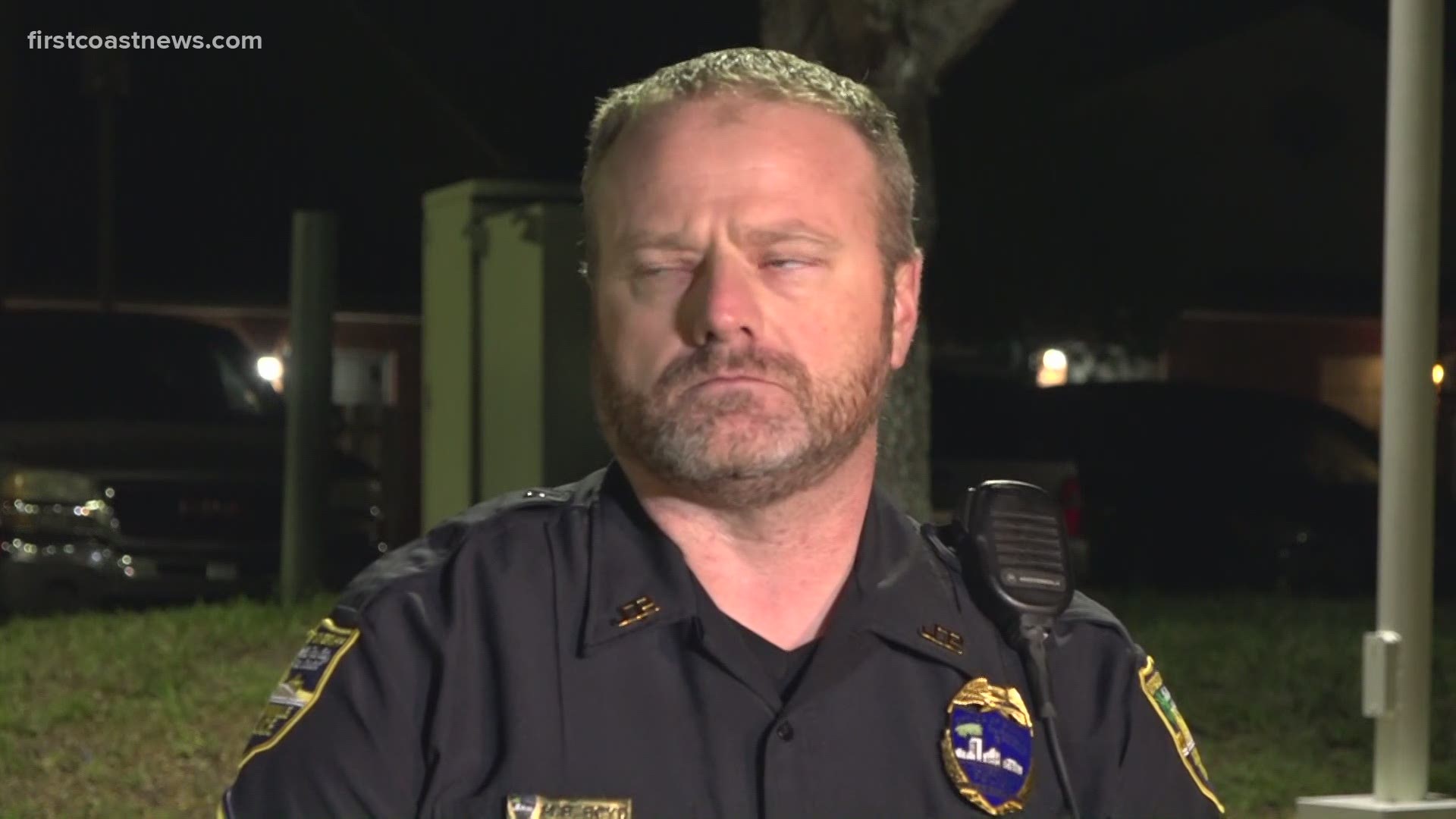 JACKSONVILLE, Fla. — Two teenagers are in the hospital Thursday morning after being shot outside a Jacksonville hotel, according to the Jacksonville Sheriff's Office.

JSO says the incident happened outside the Hospitality Inn on 103rd street around 3:40 a.m. Police say that the teens live at the hotel and that they were outside when a car pulled up and shot at them.

They both have non-life-threatening injuries according to JSO.

Anyone with information is asked to contact JSO by phone at 904-630-0500 or by email at JSOcrimetips@jaxsheriff.org.

To remain anonymous you can call First Coast Crime Stoppers at 1-866-845-TIPS.

#BREAKING: 2 teens shot outside the Hospitality Inn early this morning, according to @JSOPIO. This is on 103rd st. JSO says the teens, under 18, live here. Sgt. says they were outside around 3:40 am. when a car pulled up & shot at them. They have non life threatening injuries. pic.twitter.com/UJ6g4ZFck6

RELATED: Woman says she didn't know police were outside home when she shot through a window, hitting an officer in September SWAT operation