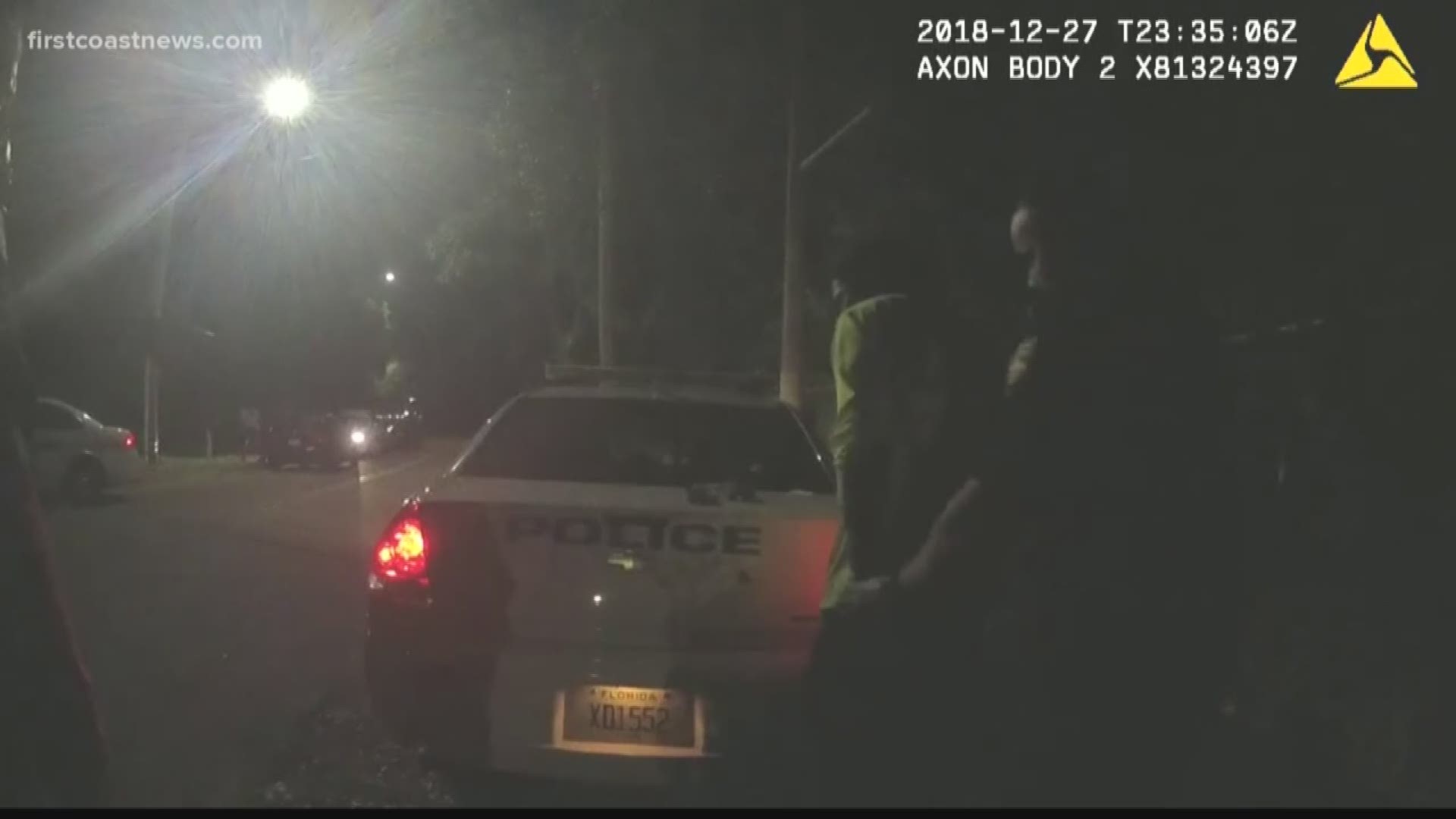 Quiles, 33, is accused of murdering his pregnant 16-year-old niece, Iyana Sawyer. Sawyer was last seen leaving Terry Parker High School on Dec. 19. She was five months pregnant at the time. Her body hasn't been found.

The video was taken more than a week after she disappeared, on Dec. 27. Officers can be heard questioning Quiles about the last time he and his wife saw Sawyer.

"If we knew where she was at, we would have been the first ones to grab her a** and bring her over, " Quiles said to the officer.

His wife also responded that the last time she saw Swayer was the last week of November.

When asked if she has ever tried running away before, Quiles tells the officer about the advice he gave her when she reportedly wanted to leave home.

"Has she ever done this before?" the officer asks. "Ever gone missing before."

"No, like I told the other officer over there, she complained, you know, always, both of them, always complained [redacted]," Quiles said. "... I was like, 'look, first of all, your mom is your mom. You know what I'm saying? Your mom loves the hell out of you no matter what. Is she the best mom? Not at all ... We only get one ... Your situation is f**cking awesome compared to my situation growing up, you know what I mean. I had a real rough one growing up. Just, you know, stay focused in school.'"

WATCH THE BODY CAM VIDEO BELOW (**WARNING: Some may find the language in the video offensive.***)

At one point, they even discuss who the father of Sawyer's unborn child is:

"She knows who the father of her child was," Quiles said. "But you can't take anything she saying serious because now that she's been gone, the stuff that been going around ... I question literally everything from [redacted.]

You can see officers put Quiles' arms behind his back, placing him in handcuffs.

At one point, the wife tells the officers, "Do I think my husband is capable of any of this? No, I don't."

Quiles faces two first-degree murder charges, one for Sawyer and one for her unborn child. In January, a statement was made that referenced Quiles admitting to a fellow inmate that he may be the father of Sawyer's unborn child.

Quiles also faces sexual battery charges that stem from an arrest in December of 2017.

RELATED: Uncle of missing pregnant teen allegedly admitted to fellow inmate he may be the father

RELATED: 'We believe you're responsible for her disappearance;' Suspect questioned in case of missing teen