WARNING: The following article contains graphic video and language. Jamee Johnson was pulled over by a Jacksonville officer in Dec. 2019. He was shot and killed. 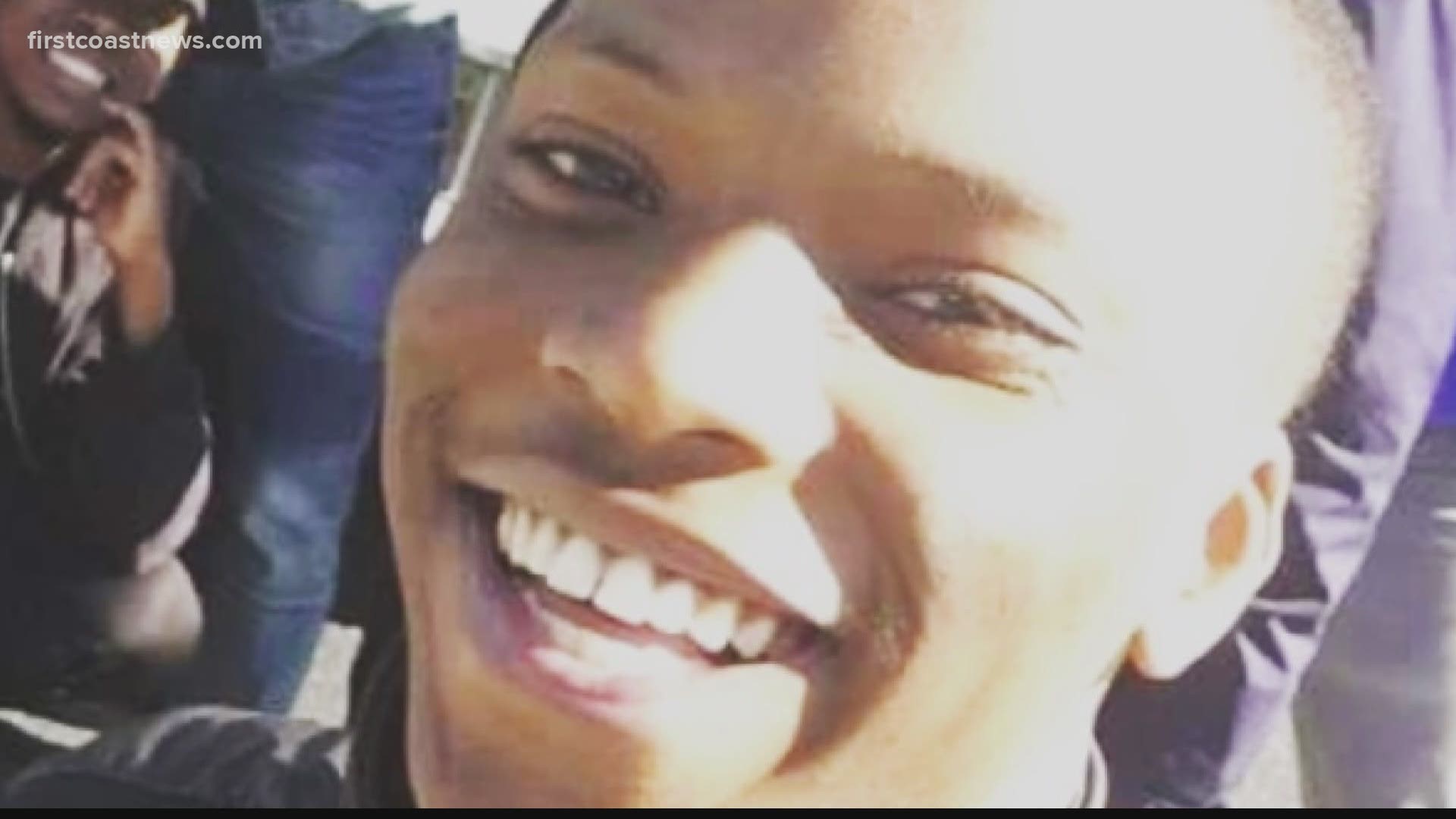 JACKSONVILLE, Fla. — Body camera footage has been released Monday in the police killing of Jamee Johnson.

Johnson is the 22-year-old Florida A&M student shot and killed by police on Dec. 14, 2019, after he was pulled over for a seat belt violation.

The roughly 10-minute video is compiled from body-worn cameras of three Jacksonville Sheriff’s Officers, two of whom were present during the traffic stop and shooting. The video was released following a review by the State Attorney’s Office, also released Monday, which deemed the shooting justified.

The video release comes after weeks of demands both from family members and Black Lives Matter protesters. The video shows a routine traffic stop quickly go awry. Within 6 minutes, Johnson is shot four times, and lays pleading for his life.

First Coast News is sharing the video in its entirety. The video ends with the death of Johnson, and viewers may find it upsetting to watch. The video was edited and compiled by the State Attorney’s Office as part of its review of the shooting. First Coast News has requested the raw footage.

The video released Monday begins as Officer Josue Garriga pulls Johnson’s car over on Buckman Street in East Jacksonville just before dusk. He notes – and Johnson acknowledges -- a seatbelt violation. Garriga asks if he has anything in his car, and Johnson tells Garriga he has a Glock 26 concealed inside his jacket.

Throughout the exchange, Garriga tells Johnson he “seems nervous.” Johnson says, “I’m just scared of police.” Garriga replies, “You don’t have to be that nervous. You’re doing a bunch of movements that make no sense to what I want you to do.”

Soon after, Garriga asks him to “hop on out.”

The officer tells Johnston he’s going to search his car, and says he’s going to put him in the backseat of his squad car “so you don’t skeddadle on me.”

Seconds later, Johnson grabs his ID off the roof of the car, and dives in the driver side door. The officer grabs him as he dives, and as both partially hang outside the door, Johnson steps on the accelerator with his right foot and the car speeds a short distance before crashing through a fence and coming to a stop.

Because Garriga’s body cam is dislodged in the struggle, the footage that follows is from Officer Kristopher R. Graham. It shows Garriga backing out of Johnson’s car firing four shots. Almost immediately he says breathlessly, “He tried to grab his gun on me.”

The two officers hold him at gunpoint and tell him to remain still. He tells the officers his hands and his legs are “up” but his legs do not move. An autopsy would later show his spine was damaged by a gunshot, and Johnson was paralyzed.

“While we will never be certain of Johnson’s motive for resisting, we know he was in possession of nearly 10 times the amount of felony marijuana along with a concealed handgun for which he didn’t have a permit.”

But it concluded, “Based on this review and our review of applicable Florida law Officer Garriga was justified in shooting Johnson on Dec. 14, 2019.”

Garriga has been on duty since shortly after the incident. This is only the second time law enforcement has released body-camera footage from an officer-involved shooting in Jacksonville.

The State Attorney’s office is drafting a new policy that is expected to speed up the release process.