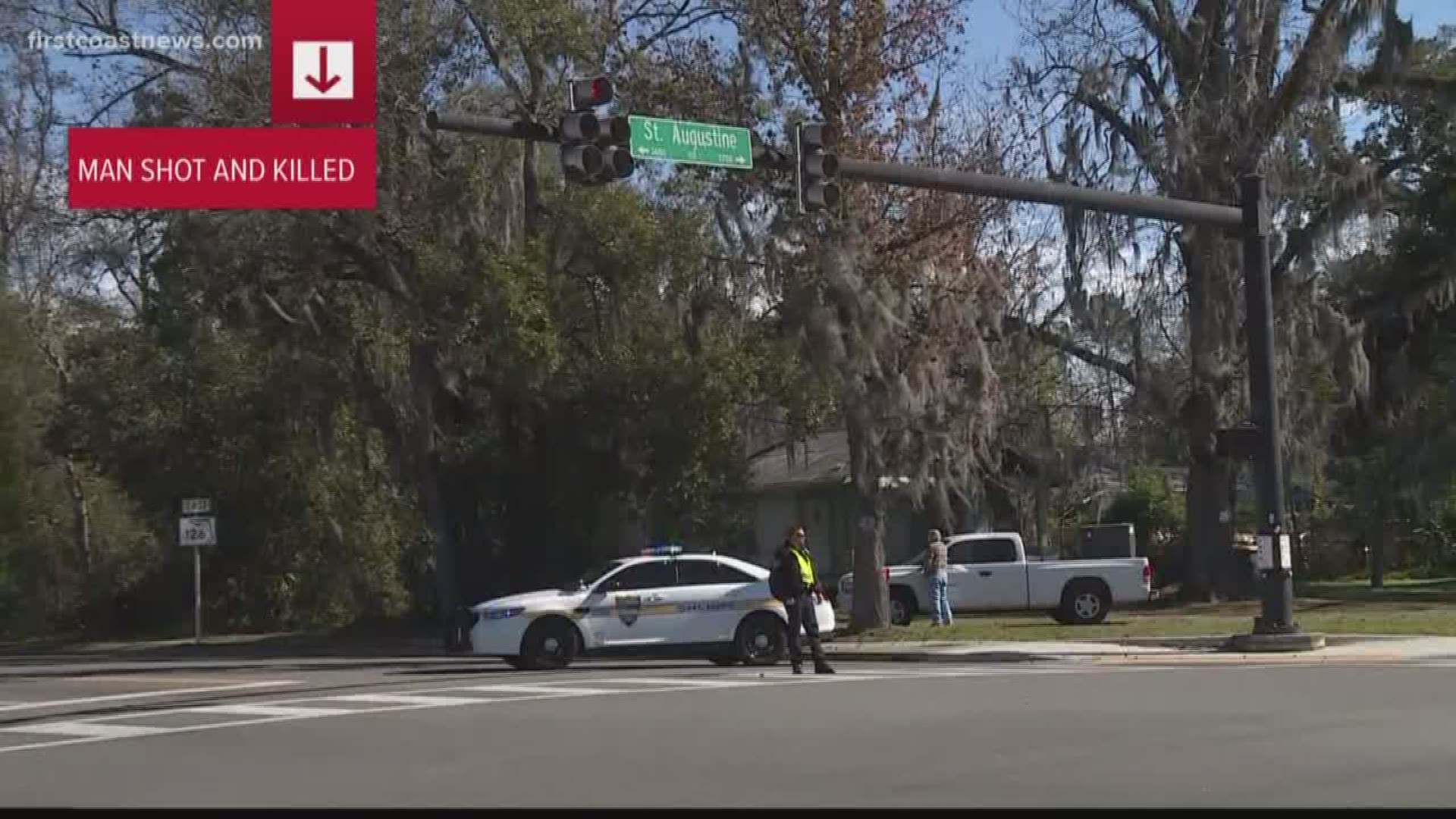 A bicyclist was shot and killed in a busy roadway in San Marco on Thursday, according to the Jacksonville Sheriff's Office.

Police said the man was found dead in the intersection of Emerson Street and St. Augustine Road after calls came in about shots fired at 1:30 p.m.

Police said they are still working to identify any witnesses, suspects or vehicles connected to the death. They are unsure of what led up to the shooting.

Nearby on University Boulevard, a vehicle was found with an injured person inside, JSO said. It is unknown if the two incidents are connected.

Police are reportedly making people turn down Grant Road as a detour.

Police have not yet identified the victim.