Two of the victims previously attended high school in Elgin, according to the district. The third victim was one of the students' mother. 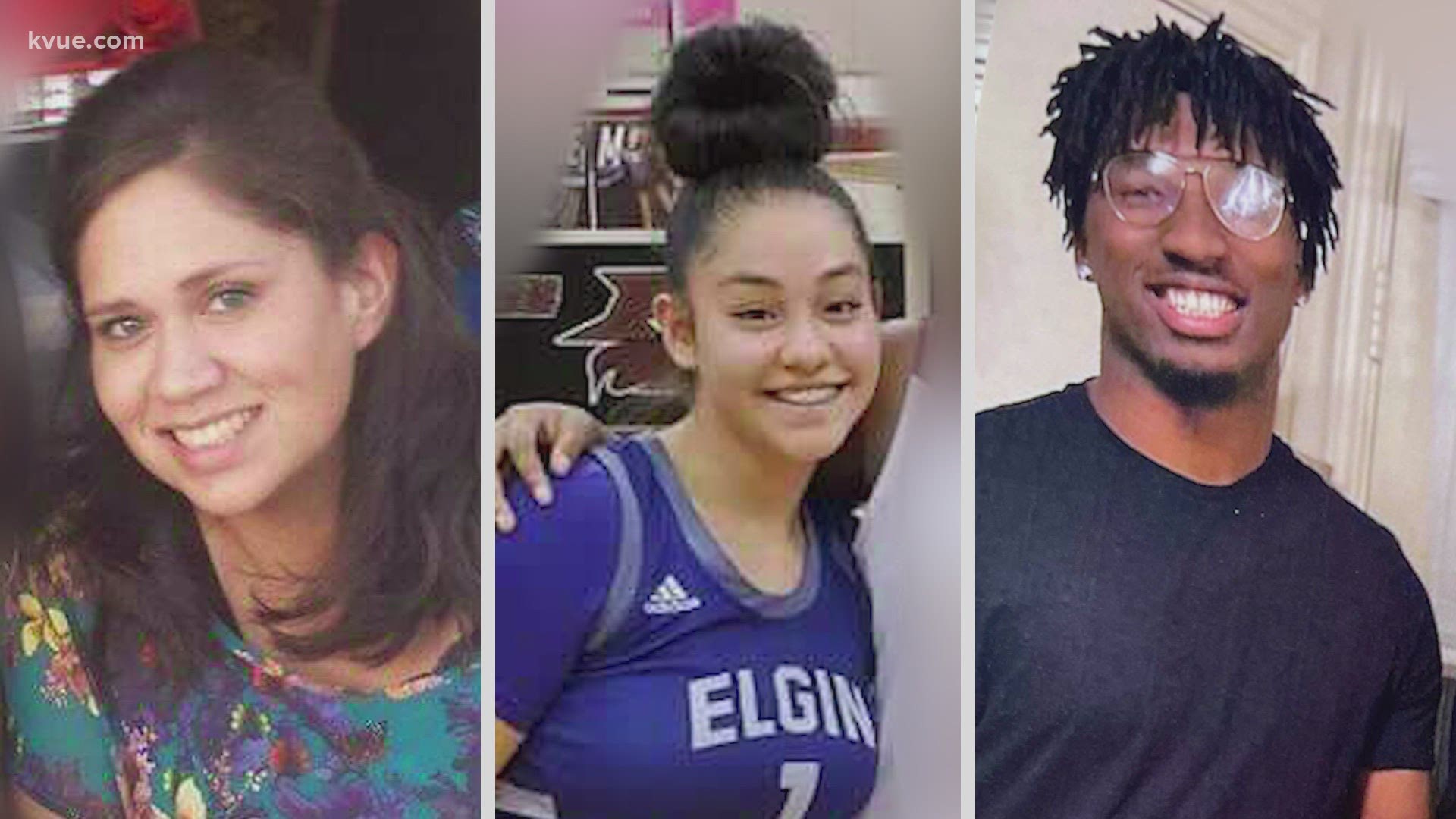 AUSTIN, Texas — Three people were killed in a shooting in northwest Austin Sunday morning, officials confirmed. The shooter was identified as a former detective Stephen Broderick.

Austin Police Department Interim Chief Joe Chacon said a 911 call came in at approximately 11:42 a.m. on April 18 for a "shoot/stab hotshot." The first officer was on scene at 11:46 a.m.

When officers arrived, Chacon said they located three people who were injured. Austin-Travis County EMS said the individuals had suffered gunshot wounds and medics performed CPR, but all three died shortly after.

The day following the shootings, Broderick was caught and arrested while walking along U.S. 290 near Manor, Texas.

Chacon said the victims were two adult women and one adult man.

"We are heartbroken by the news of this senseless tragedy, and we extend our deepest condolences to the families of Willie Simmons III and Alyssa Broderick," the district said. "Although Alyssa withdrew from Elgin ISD back in the fall, she was an Elgin ISD student from 2009 to October 2020. She was an excellent student and athlete, enrolled in our Early College High School program and played on our girls’ basketball team. Willie was a senior at Elgin High School. He was an exceptional young man and leader among his peers. Strong, both academically and athletically, he represented the very best of Elgin ISD. He was the Captain of our football team; a friend to everyone he met; and most recently, recruited to play football for the University of North Texas. The Elgin ISD community grieves the loss of these two young, promising souls. In response to this tragedy, the district will have counselors and trained professionals available via in person and/or virtually to assist students, staff and families in this time of grief."

At the time of her death, Alyssa Broderick was a student at Cypress Springs High School near Houston.

"... She will be greatly missed by her family, friends, and teachers. This is indeed a very sad time for the Cy Springs family," the school wrote in a letter to parents and guardians.

"Prayers needed for our Elgin community. So many are hurting and trying to find understanding right now. 💜#9," Anderson said.

Our hearts go out to our neighboring community, Elgin ISD for the loss of their students.

Flowers sit outside of Elgin High School after current and former students Willie Simmons and Alyssa Broderick were identified as victims in Sunday's fatal shooting. Photos by @MariSalazarTV

Simmons was recently recruited to play football at the University of North Texas. He also received offers from the Air Force, New Mexico, Lamar and Missouri State.

"Willie Simmons was exactly the kind of young man that every college coach wants to recruit. His athletic talent was obvious, but his personal character, his selfless attitude and his passion for life made him a natural leader and the perfect teammate. We are deeply saddened by his loss and we pray for peace and comfort for his family, friends and the Elgin community. He will forever be a member of our Mean Green football family."