Investigators hope someone will recognize the suspects who caused last week's explosion at Bar 5015. 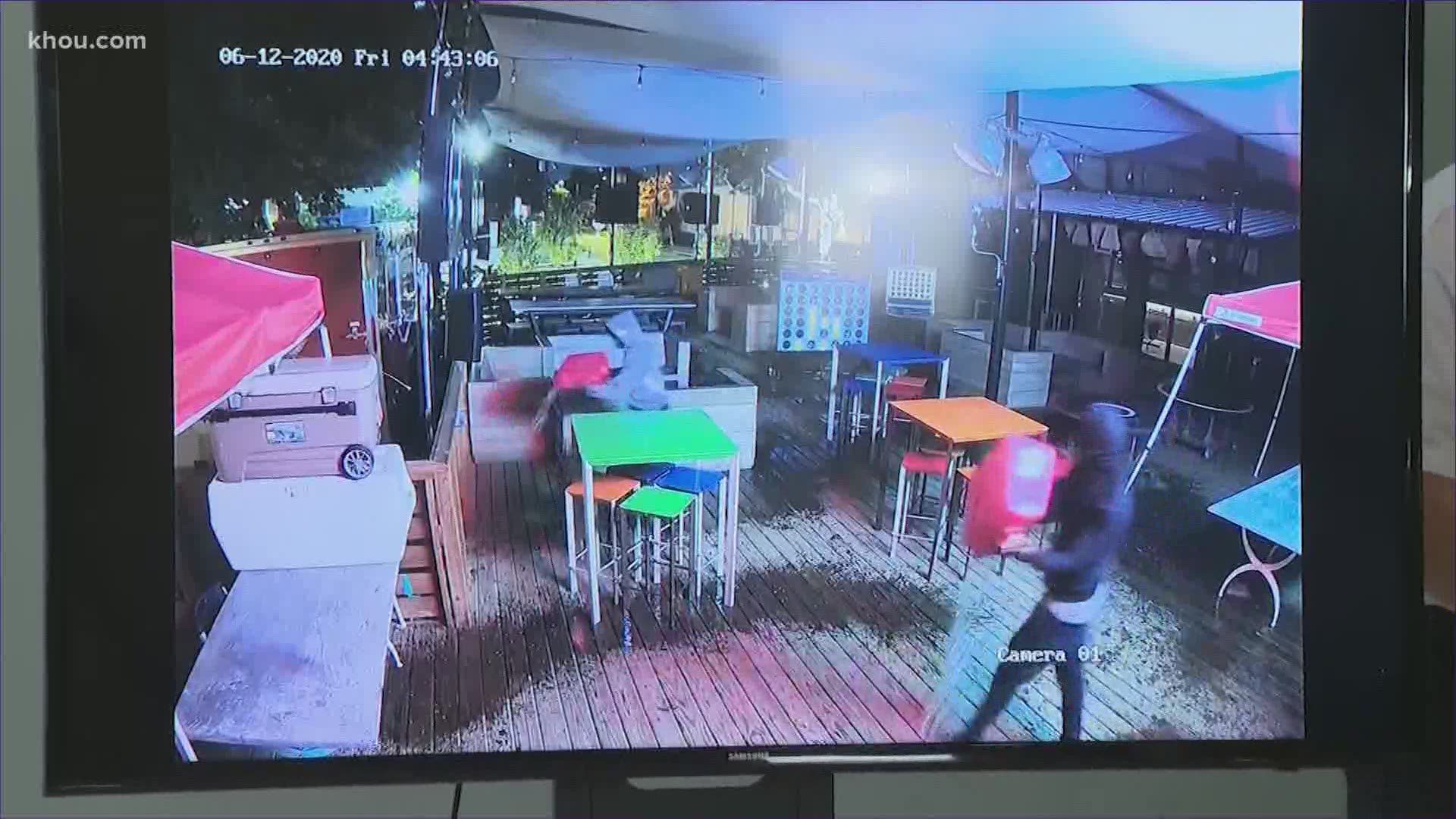 HOUSTON — Arson investigators have released surveillance video related to the explosion that damaged Bar 5015 on Almeda last week with hopes the public may recognize the men who intentionally set the fire.

Video shows four unidentified men walk into the bar, each one carrying a 5-gallon container filled with a flammable liquid.

The men poured the liquid on chairs and tables inside the bar, causing the liquid to accumulate underneath the deck. One man was seen pouring liquid down a ramp outside the bar and then setting the flammable liquid on fire.

During a press conference Thursday morning, investigators pleaded with the public to call the tip line with any information that can help them identify the suspects involved.

Investigators said at least one of the men may have burns or blast injuries due to the explosion.

Friday’s explosion happened at approximately 5 a.m. -- just a few hours after the bar closed for the night. Residents said the explosion could be felt as far away as the Texas Southern University campus.

Thankfully, no one was injured, but the impact of the explosion damaged several nearby businesses, including Alfreda's Cafeteria, a well-known restaurant in the area, and a barbecue food truck that had a partnership with the bar.

The owner of the food truck said the bar had just reopened a few months ago after doing some renovations. He added that the bar's owner is distraught and heartbroken over the loss.

Houston Arson Bureau, along with the Houston Police Department, the FBI and ATF are handling this investigation.

Arson investigators are asking anyone with information regarding this incident to call Crime Stoppers at 713-222-8477.

Great news if you watch TV with an antenna

KHOU has just upgraded its technology.  If you were unable to receive KHOU with your antenna in the past, try again on channel 11.11.  You may have to rescan your channels for it to work – if that’s the case, we’ve got some instructions at KHOU.com/antenna.  If you already see KHOU on 11.1, you may now ALSO see it on 11.11 – it’s the exact same programming.  We’re really excited to be able to bring our KHOU 11 News, CBS shows and sports, Wheel of Fortune, Ellen and Great Day Houston to more homes around the area.  If you’re still having trouble, please contact us here and we’ll try to get you set up.