Deiondre Lewis, 22, was charged with 2nd-degree murder, possession of a firearm by a convicted felon and carrying a concealed firearm. 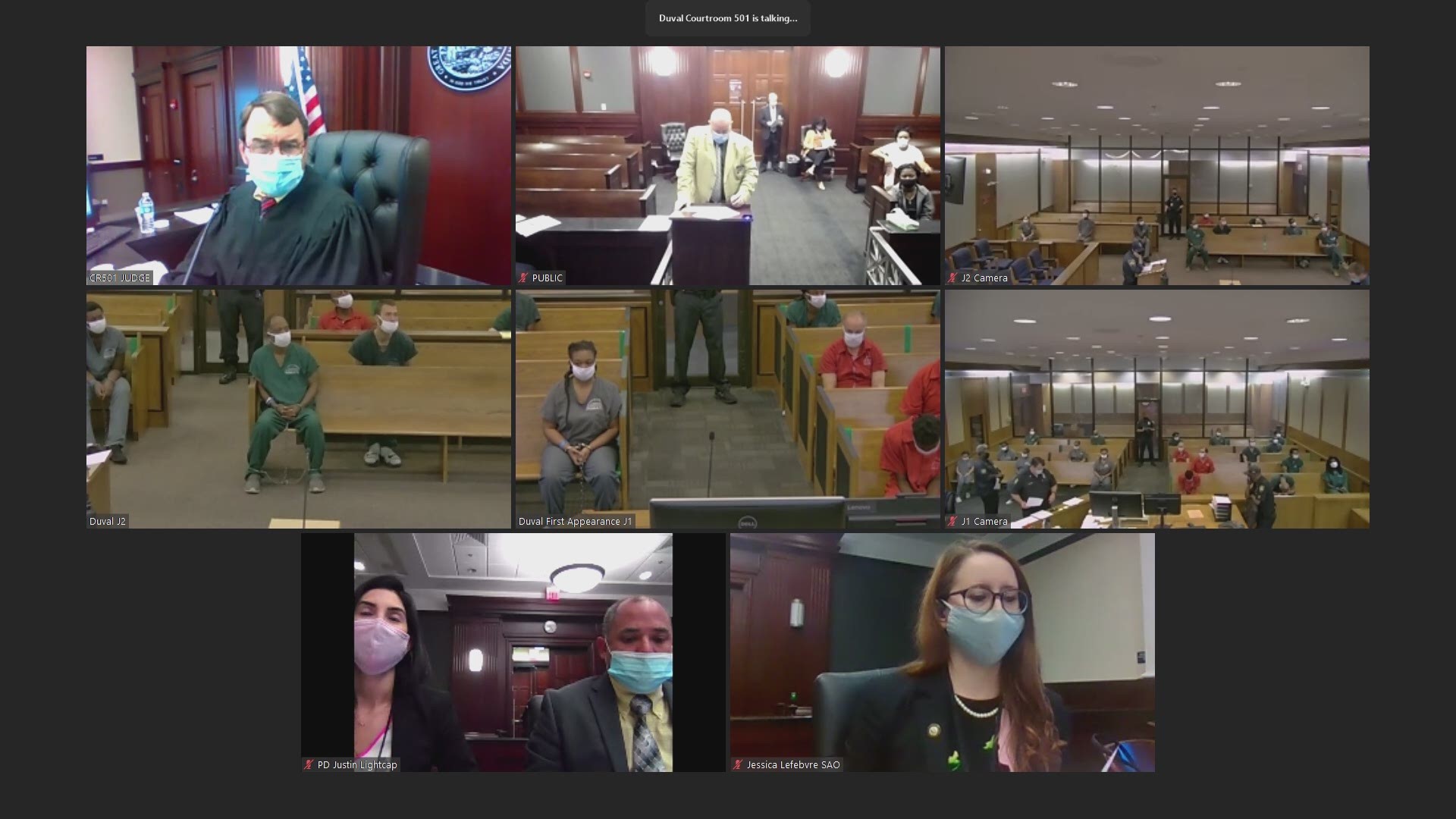 JACKSONVILLE, Fla. — The man accused of shooting a woman to death at a Westside park Monday morning is being held in jail on no bond.

The Jacksonville Sheriff's Office arrested 22-year-old Deiondre Lewis, who faces charges of second-degree murder, possession of a firearm by a convicted felon and carrying a concealed firearm.

Police say the incident happened around 10 a.m. at Normandy Park located in the 1700 block of Lindsey Road. When emergency crews arrived, a woman was found with a single gunshot wound. Jacksonville Fire Rescue Department crews pronounced her dead at the scene.

RELATED: Woman shot to death at Jacksonville park, person of interest in custody

Officers obtained a suspect description from a witness and located and detained a person of interest matching that description. That person was later identified by police as Lewis.

Lewis' next court appearance is scheduled for Dec. 16.

RELATED: Woman shot to death at Jacksonville park, person of interest in custody

RELATED: Man shot in chest in Magnolia Gardens area, expected to be OK