A Jacksonville, Ark. grandmother is facing charges after she tried to hire a hit man to kill her daughter's ex-husband. 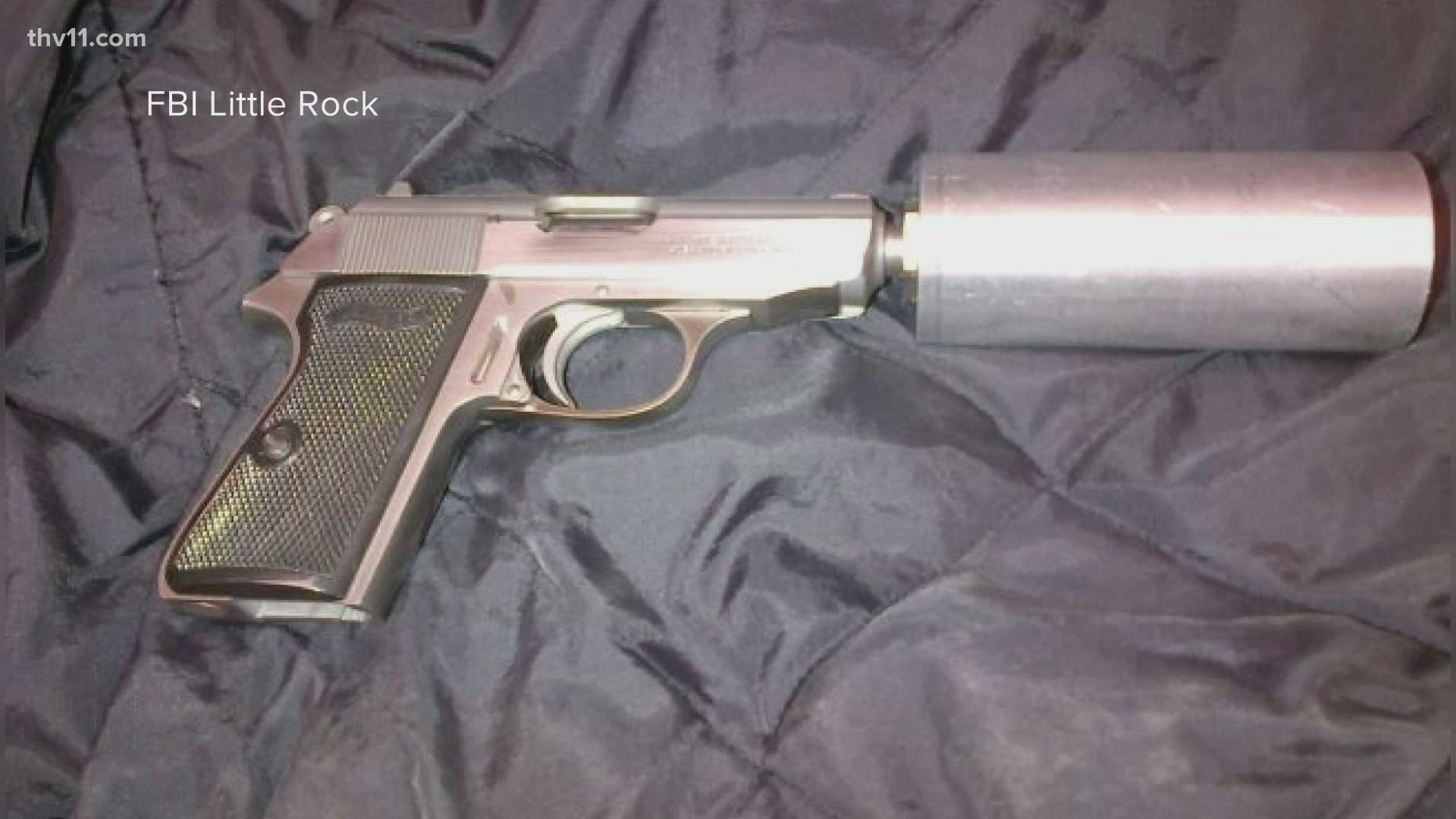 JACKSONVILLE, Arkansas — According to FBI Little Rock, a Jacksonville grandmother is facing charges after she tried to hire a hit man to kill her daughter's ex-husband.

On Monday, Oct. 5, the man who reported the incident to police said he was contacted via cell phone by a woman known as "Mrs. Jay", later identified at Jeri Dianna Tarter, according to the affidavit. The man said he met Tarter 15 years ago through her daughter when he worked as a security guard at a club where her daughter was a bartender.

The affidavit said Tarter asked the man to meet, and on Oct. 7, the two met at Chili's in Little Rock. The man said after talking to Tarter about her daughter and granddaughter, Tarter told them that her daughter had been previously married and the two were in a custody battle over Tarter's granddaughter.

She said that she and her daughter had previously been arrested in Arizona for allegedly kidnapping Tarter's granddaughter. They were held in Arizona for approximately 36 days on a warrant from Lonoke County where Tarter's ex-son-in-law and family reportedly live.

The affidavit said Tarter claimed her ex-son-in-law had been abusive toward her daughter and granddaughter and sold drugs.

She reportedly asked the man to either "take care of him or find somebody who can." He advised Tarter that he might know someone who could look in to her ex-son-in-law's "possible" dealings with drugs.

On October 9, Tarter called the man, leaving a voicemail, asking if any progress had been made as there was something happening with the custody battle that day. The man then called Little Rock police to inform them the next day.

On Oct. 14, after obtaining authorization to monitor conversations between Tarter and the unidentified man, an FBI agent listened as the man told Tarter that he was out of state but knew someone in Memphis who might be sympathetic to her situation.

The agent said the grandmother readily agreed to let the Memphis man have her phone number and said she would travel to Memphis to meet him in person.

According to the affidavit, another FBI agent and member of the Little Rock FBI's GETROCK Task Force, contacted Tarter the next day, posing as the Memphis man. The agent met Tarter the afternoon of Oct. 20 in the parking lot of a Walmart store in Jacksonville.

When the two met, Tarter handed the agent $100 that she had promised to pay him if he would drive to Little Rock to meet her. After Tarter provided him with some information about the custody battle, he asked if she wanted him to scare her ex-son-in-law, or what she wanted him to do.

The affidavit also said that Tarter told the agent that she had hired another person to kill both her son-in-law and his mother, but that person had backed out.

Tarter said that she "wasn't afraid to go to prison and would do it herself if she were younger or 80 pounds lighter," the affidavit said.

She also indicated that her daughter wasn't aware of her plan.

The affidavit said that Tarter and the agent then discussed ways to carry out the son-in-law's murder without it being traced back to her, and he said he might be able to make it look like a house burglary.

Tarter offered to pay him $1,500 and "that she wanted it done before the coming weekend."

The agent said it would cost $2,000 and asked for $500 of the cash in advance to buy a new gun that couldn't be traced to her, according to the affidavit.

FBI agents then watched Tarter drive away to an ATM presumably get the $500, before returning to the Walmart lot and handing over that amount of cash to the agent.

The following night, on Oct. 21, Turner said Tarter sent the agent a text message with her ex-son-in-law's address.

According to FBI Little Rock, an arrest warrant was issued for Tarter and she was taken into custody.

The subject who allegedly ordered the hit was a grandmother from Jacksonville.