Lawyers say a 16-year-old told law enforcement he was paid for sex by the popular Karate coach. 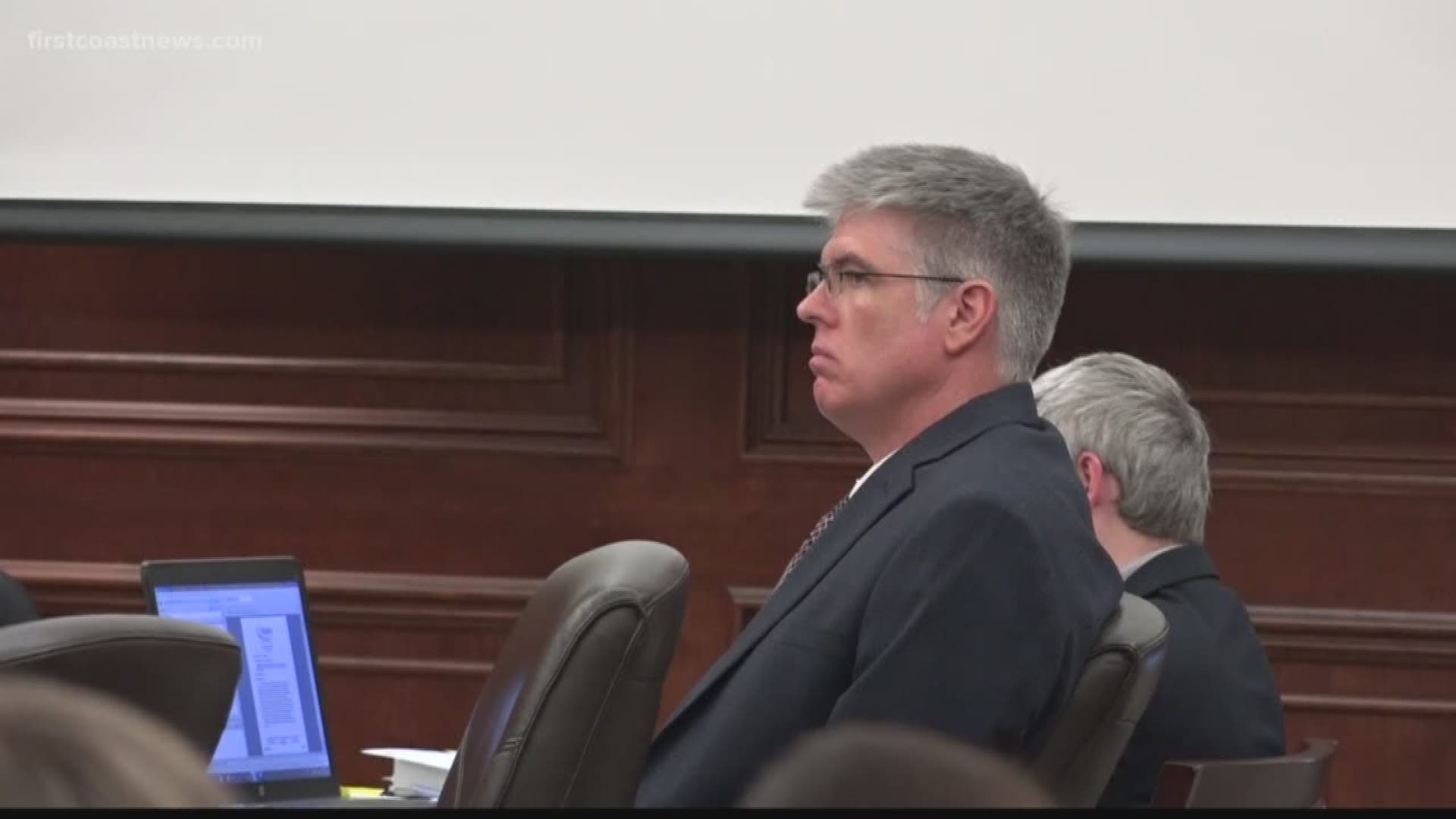 According to lawyers for the plaintiffs, a fresh sexual abuse allegation has been lodged with law enforcement. The Georgia Bureau of Investigation previously investigated and substantiated sex abuse claims by former students of Pak’s Karate instructor Craig Peeples, but did not file charges because the criminal statute of limitations had expired.

A civil suit filed by the seven men seeks compensatory and punitive damages for what they claim were hundreds of incidents of sexual abuse and molestation between the ages 9-19 years old.

Peeples has consistently denied the allegations and countersued for defamation.

Tuesday’s revelations came in an open court discussion with Superior Court Judge Stephen Scarlett, while the jury was out of the room. It followed testimony from a defense witness who said, based on a “hypothetical” pedophile teacher of 10,000 students, he would expect to see more than seven victims.

Dr. Christopher Tillitski testified he would expect to see “a pipeline” of victims.

Plaintiff’s Attorney Robert Friedman fired back, saying the statement had opened the door to evidence of other victims. He argued he should be allowed to introduce evidence of a 16-year-old who “came forward and reported that he was paid for sex by Craig Peeples in 2015,” noting the boy was 16 at the time.

The current plaintiffs say they were victimized between 1989 and 2000.

Friedman named the victim, but later said he misspoke and requested the teen not be named. (First Coast News does not identify names of alleged victims of sexual assault without express permission.)

It is not clear if the complaint was substantiated by GBI. Prior court filings indicate "ongoing" investigations into Craig Peeples "continue to this very day."

Tuesday's final defense witnesses included Peeples’ brother Bryan Peeples, who also teaches at Pak’s Karate. He testified he misremembered the timeline regarding renovations to the family home in Kingsland, Ga. Descriptions of the room by some defendants have included closets where they say Peeples stashed pornography and sex toys. Peeples’ attorney has attempted to cast doubt on that narrative, saying the closets weren’t installed until after their alleged abuse.

Another witness, Robin Richard, testified her son attended Pak’s Karate between the years of 1993-2000. She said she suffered abuse herself as a child, and was keenly aware of the issue. She said she did not witness abuse during her years with the organization.

“I am sensitive to children being upset, being by themselves anywhere and seeing any kind of fear in their faces, and also anybody being taken away from anything, being taken into a room or anything like that -- I never saw anything,” she said.

Friedman noted if she was always around the karate studio, her son would have been unlikely to be victimized.

“It would have been real hard for Craig Peeples to molest your son, because you were around all the time, right?” Friedman asked.

The 12-member jury started deliberations Wednesday but adjourned for the day after telling the judge that members were having trouble reaching a unanimous verdict. The jury is expected to resume deliberations Thursday at 9 a.m.