Aiden Fucci to be arraigned June 10

Aiden Fucci, 14, is facing first-degree murder charges in the death of St. Johns County teen Tristyn Bailey. He could receive life in prison. 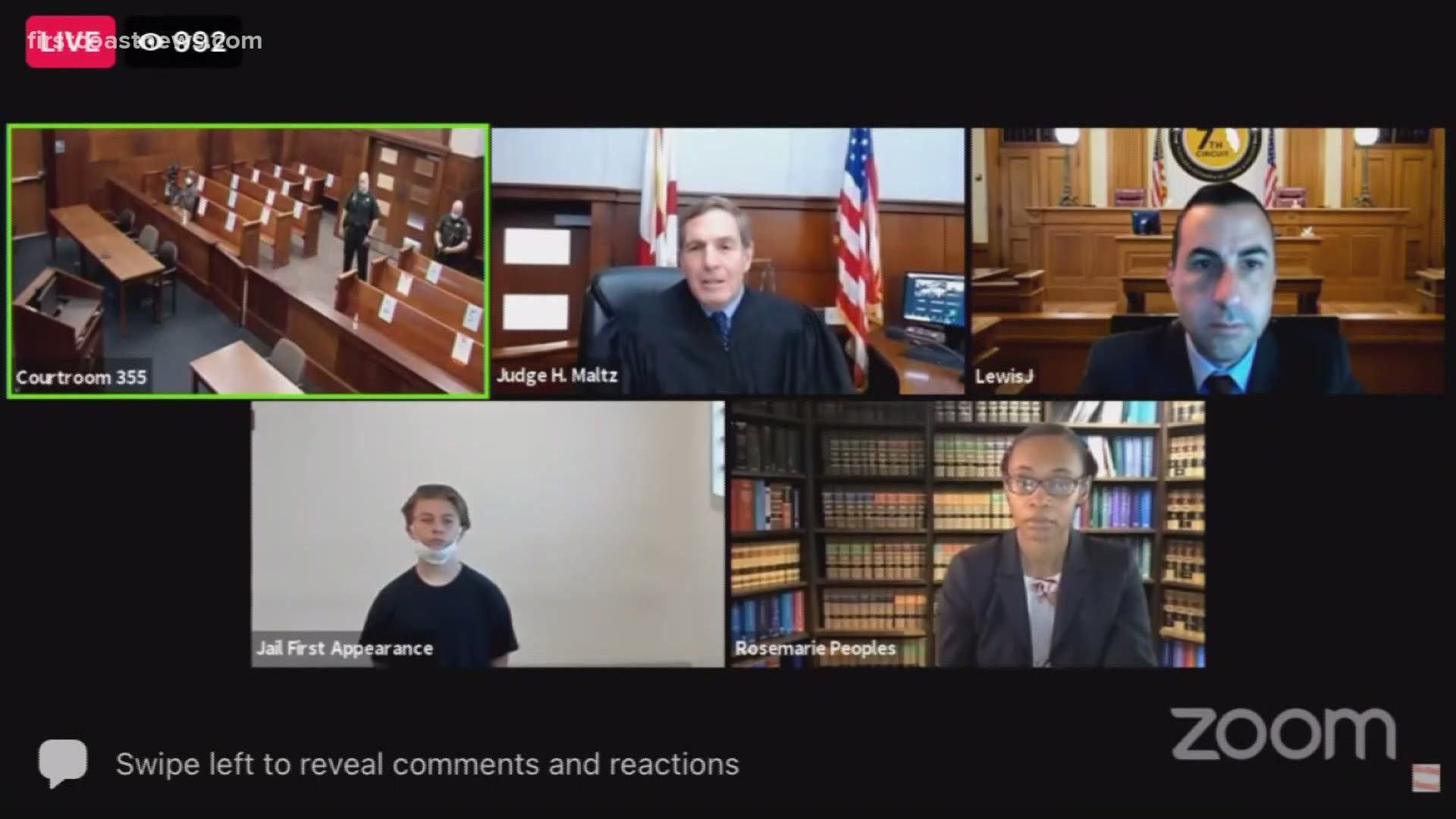 ST. JOHNS COUNTY, Fla. — Aiden Fucci, the St. Johns County teen accused of stabbing 13-year-old Tristyn Bailey to death, made his first court appearance since being charged as an adult with first-degree murder on May 28.

Judge Howard M. Maltz began the hearing at 9:12 a.m., which was held on a four-way Zoom call with the judge, Fucci, defense attorney Rosemarie Peoples and prosecutor Jason Lewis.

The judge reappointed public defender Rosemarie Peoples to represent Fucci in his case.

The hearing was mainly procedural with Judge Maltz informing Fucci, 14, of his rights, the charges against him and the probable cause to detain him, citing both the indictment and the arrest affidavit.

Fucci will remain in jail without bond, as the State requested. Peoples did not object to Fucci being held without bond, though she said she will address the issue at a later date.

Fucci will be arraigned on June 10.

Fucci is currently incarcerated in Duval County Jail, where there is space for juvenile defendants.

“I would like to thank Sheriff Mike Williams and the Jacksonville Sheriff’s Office for assisting our agency in this way.” St. Johns County Sheriff Robert Hardwick said. “This is going to be a long road for the Bailey family and our community. Please continue to respect their privacy and keep them in your thoughts and prayers.”

On Thursday, the State Attorney's Office announced a grand jury indicted Fucci on first-degree murder charges, which automatically moves his case to adult court. He had previously been charged with second-degree murder in Bailey's death.

“I believe the amount of evidence presented by the state attorney makes it pretty clear on why they believe adult sanctions were appropriate and a first-degree murder charge was appropriate," said Christina Opsahl, a former prosecutor with the 7th Judicial Circuit.

The State Attorney's Office also discussed some of the disturbing details surrounding Bailey's murder, in which she was stabbed more than 100 times.

“She was fighting for life,” State Attorney R.J. Larizza said. "To say it was horrific could arguably be made as an understatement."

"We appreciate that today's outcome is directly the result of the thorough and comprehensive work from the St. Johns County Sheriff's Office along with the 7th District State Attorney's office as part of the initial steps to bring justice for Tristyn's murder. We would specifically like to recognize the Criminal Investigations Unit of the SJSO.

We greatly appreciate the tremendous community outpouring from all parts of the world. Particularly for those in St. Johns that have helped from the Mother's Day search, the vigils, remembrances and memorials. With the press conference sharing details of this heinous crime, the caring and love shown from the people and businesses to raise up the memory of Tristyn and the resolve of our community serve as a beacon of light in the darkness. As shared in the Celebration of Life on the battle of the two wolves, it helps us to feed the good wolf."