Newly released documents include 14-year-old Aiden Fucci's plea of not guilty to the charge of first-degree murder of 13-year-old Tristyn Bailey. 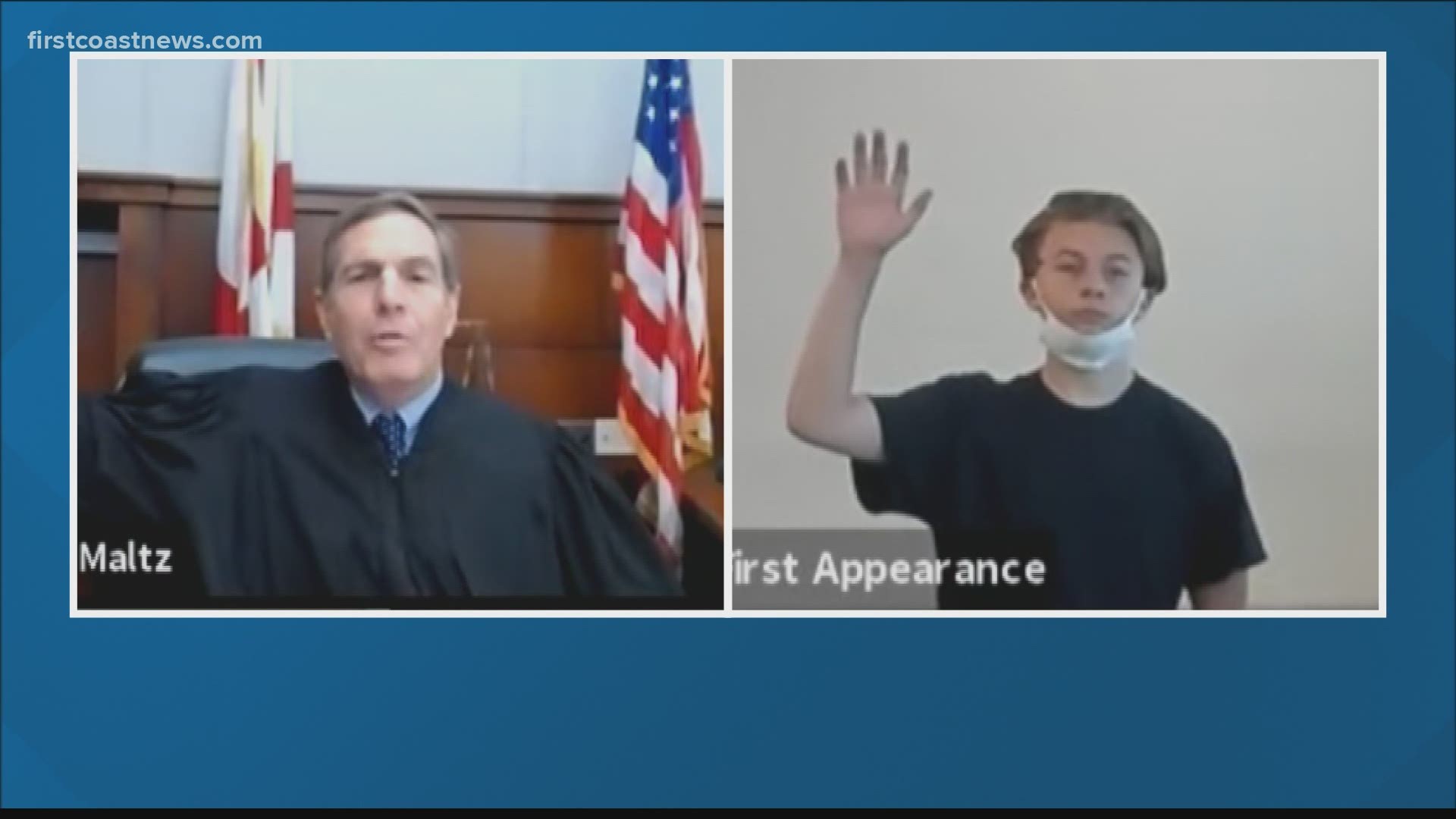 ST. JOHNS COUNTY, Fla. — Aiden Fucci has pleaded not guilty to the charge of first-degree murder, according to new documents released Thursday.

The plea came ahead of a scheduled June 10 felony arraignment, and will effectively cancel it. A pretrial date has instead been set for July 28.

By entering a written plea, Fucci's public defender is able to waive his client's appearance at an arraignment, which may be part of the rationale for the new filing in the high-profile case.

The 14-year-old St. Johns County teen, accused of stabbing a 13-year-old classmate to death, will be tried as an adult.

According to police, Fucci stabbed Tristyn Bailey 114 times. The case was in initially reported as a missing persons case, and Fucci was questioned in that investigation. Police say he told investigators he got into a fight with Tristyn and pushed her forcefully to the ground where she hit her head. Detectives later allegedly found blood on clothes at Fucci's Durbin Crossing home and his knife in a retention pond.

Investigators say the medical examiner found the broken tip of the knife lodged in Tristyn's skull.

Fucci was initially charged as a juvenile with second-degree murder, but on May 27, a grand jury indicted him for first-degree premeditated murder, which automatically moved the case into adult court. That means he could spend the rest of his life in prison if convicted. He is currently being held at the Duval County Jail, apart from the adult inmate population.