The photo appears to show Fucci in the backseat of a police cruiser holding up a peace sign with the caption, "Hey guys has inybody seen Tristyn lately" 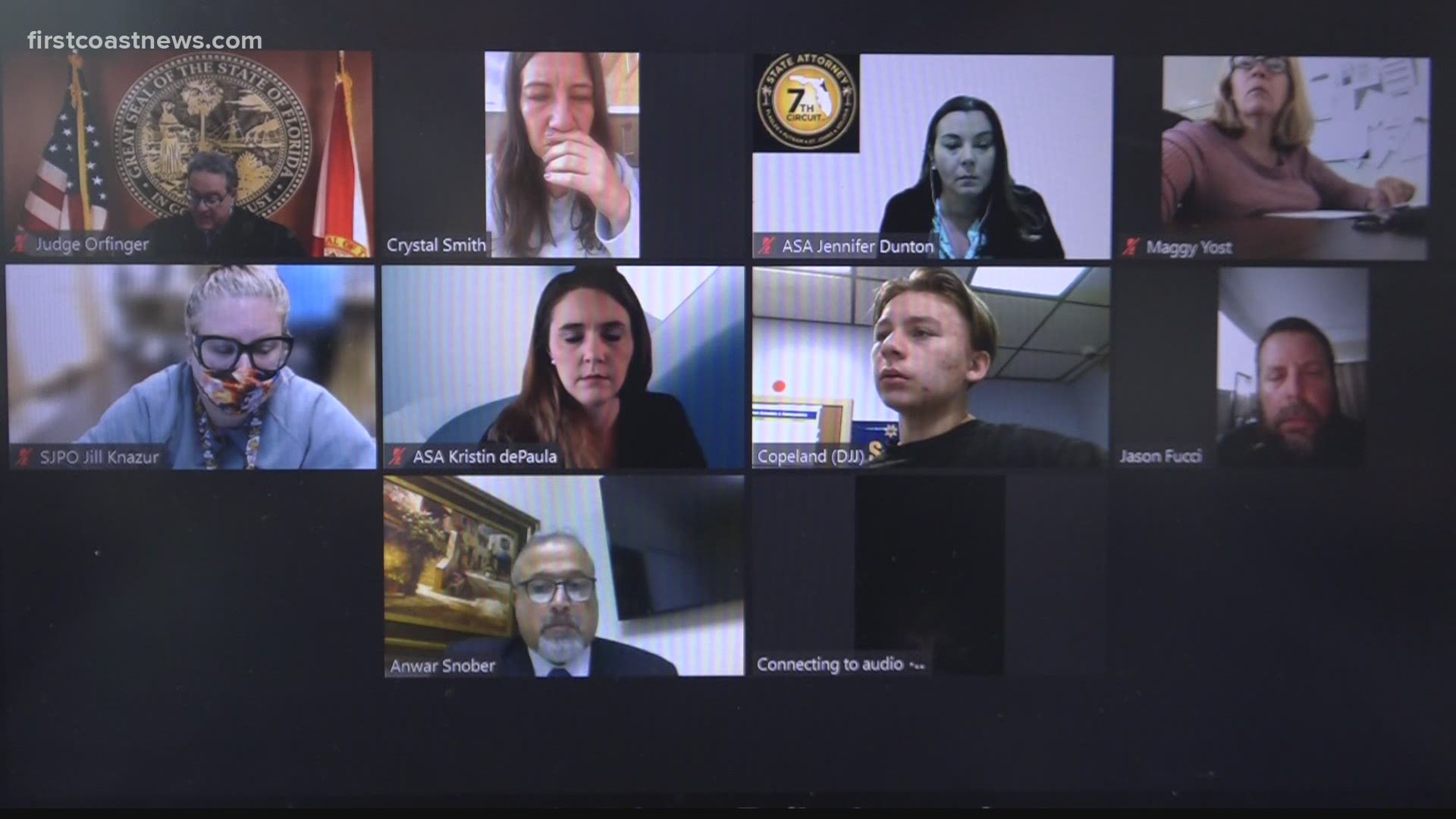 JACKSONVILLE, Fla. — A selfie taken by Aiden Fucci, the teen accused of stabbing a St. Johns County 13-year-old to death, is making the rounds on social media.

The Snapchat photo appears to show Fucci in the backseat of a police cruiser holding up a peace sign with the caption "Hey guys has inybody seen Tristyn lately."

Fucci, 14, has been charged with the second-degree murder of Tristyn Bailey.

A high-ranking law enforcement source confirmed the photo's legitimacy to First Coast News. The photo has sparked outrage on social media, with many people adding their own critical comments to the picture as it circulates.

Also sparking outrage have been reports of social media troll accounts appearing to show support for Fucci and disparage Tristyn. Many viewers have shared screenshots of the posts with First Coast News, and several of those accounts seem to have been suspended from their platforms.

Tuesday, the sheriff's office shared a community alert regarding the troll activity to its Facebook page, saying that the individuals behind those accounts "had nothing to do with this incident."

The following accounts have already been investigated and no longer need to be forwarded to the sheriff's office, the community alert says:

On Sunday, Tristyn's body was found in a wooded area in the Durbin Crossing neighborhood. She had been reported missing earlier Sunday morning and was last seen alive at about 1:15 a.m. The St. Johns County Sheriff's Office said her body was found clothed.

In an update on Tuesday, SJSO released that she was found stabbed multiple times.

An SJSO dive team searched the area where Bailey's body was found for several days.

Fucci and Bailey were both students at Patriot Oaks Academy, a K-8 school in St. Augustine, according to the St. Johns County Sheriff's Office.

The pair's classmates told First Coast News they were friends. However, classmates said they were not in a relationship with each other.