Arbery's aunt is organizing the event, which begins at 11 a.m. outside the Glynn County Courthouse. The ride starts at 2 p.m. 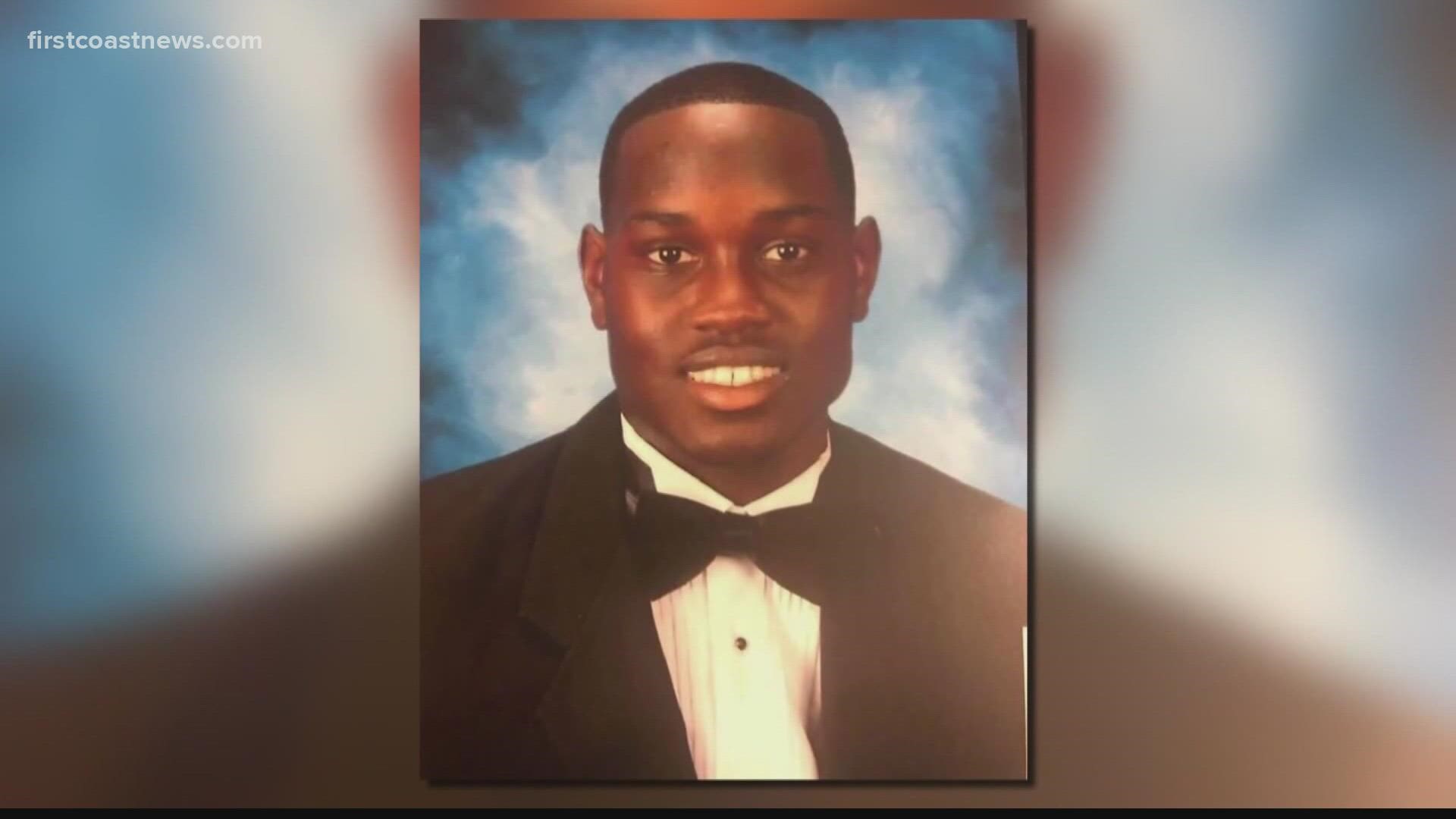 BRUNSWICK, Ga. — The national spotlight will be on Brunswick next week as 1,000 potential jurors wait and see whether they'll decide the fate of three white men accused in the February 2020 death of Ahmaud Arbery, a Black man who was shot and killed while his family says he was out for a jog.

Travis and Greg McMichael are charged with first-degree murder for allegedly chasing Arbery through their Satilla Shores neighborhood in Brunswick and fatally shooting him. Their neighbor, William “Roddie” Bryan, who joined the chase and recorded the incident on his cell phone, is also charged.

Jury selection begins Monday at the Glynn County Courthouse, and before that, Ahmaud Arbery’s family and the Brunswick community plans to come together with a big event kicking off on Saturday.

Thea Brooks holds the memory of her nephew close to her heart and wears a necklace with Arbery's picture in his memory.

“I spent most of my time with him from an infant to a toddler," Brooks said. "A couple of months before he was killed, I was able to spend some time out with him at his house and hang out with him. He was a very loving young man. I don’t think I’ve ever seen him kill a fly.”

Brooks has taken part in other rallies and is organizing another one outside the Glynn County Courthouse.

“This is an awesome opportunity for us to open the eyes of some as to how the justice system should work, how we can band together peacefully, and work to achieve justice for Ahmaud," Lee said.

“Ahmaud has already changed so many things," Brooks said. "His case has been an eyeopener for the nation.”

Activists are calling for peaceful, non-violent rallies here to keep the community safe.

I spoke to the aunt of #AhmaudArbery today. She's organizing a rally tomorrow in #BrunswickGA ahead of jury selection beginning on Monday for the three men accused in his death. She's calling for only peaceful, non-violent marches. The full story tonight on @FCN2go. pic.twitter.com/zzJVkejYqh

This is the local and national media presence outside the Glynn County Courthouse as jury selection begins Monday in the trial of three men in the connection to death of #AhmaudArbery.
1,000 people are potential jurors. @FCN2go pic.twitter.com/uxCsqLrRas