The demonstration comes in response to comments from one of the defendants' attorneys, who said he did not want additional Black pastors in the courtroom. 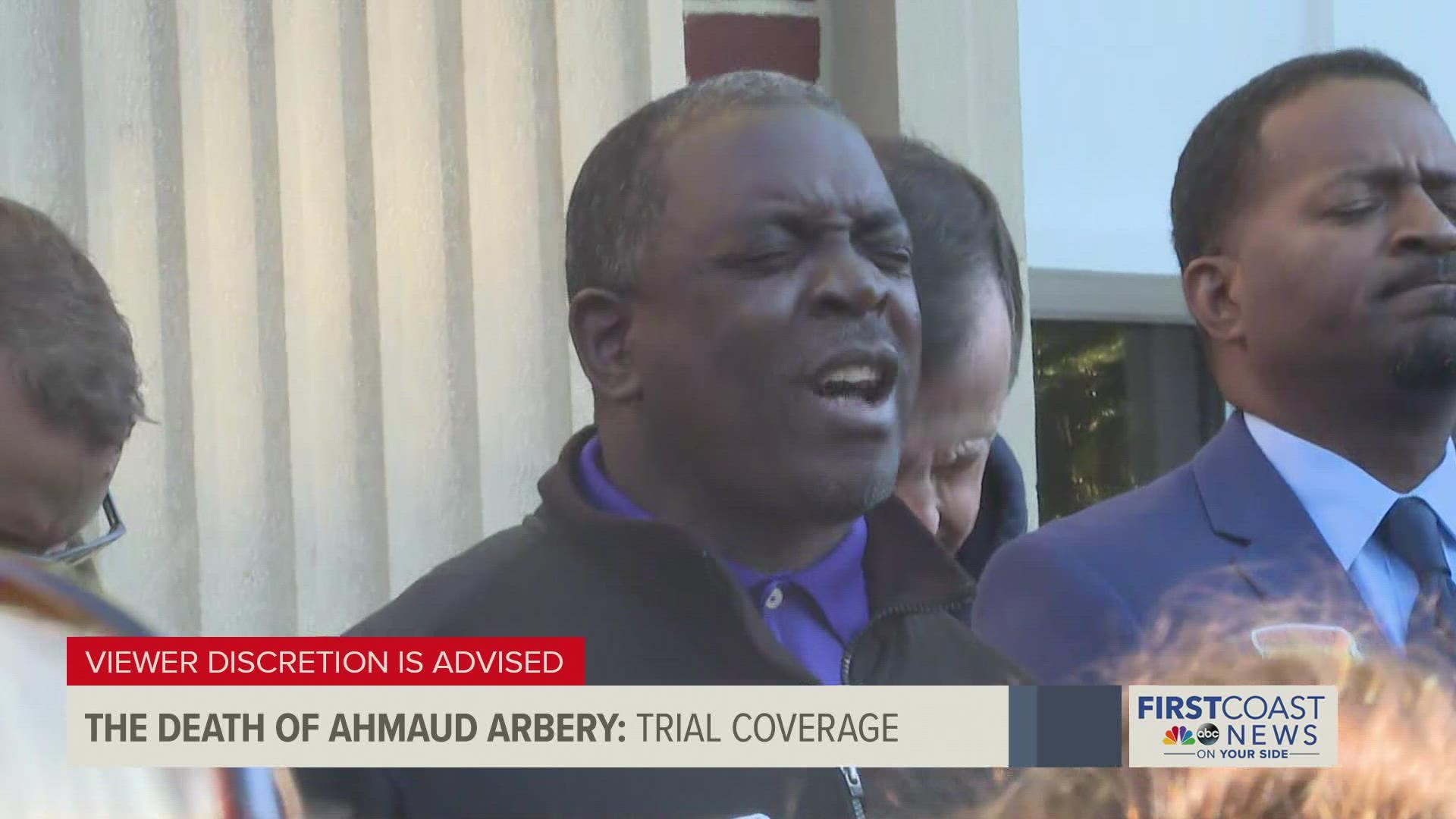 BRUNSWICK, Ga. — (Note: The video above is from a previous related report.)

Jewish faith leaders are joining in solidarity with clergy from different faiths outside the trial for three men accused of murder in the death of Ahmaud Arbery.

Rabbis from the human rights organization T'ruah, including the rabbi of Brunswick's only synagogue, will gather for a prayer breakfast Thursday, followed by a demonstration of solidarity with Brunswick-area interfaith leaders. The demonstration comes in response to comments from one of the defendants' attorneys, Kevin Gough, who said he did not want additional Black pastors in the courtroom during the trial.

Gough argued that their presence would be "intimidating" to the predominately white, female jury.

The interfaith demonstration coincides with a week of events planned by the Rev. Jesse Jackson and the Transformative Justice Coalition. The organizers said the gatherings will be a display of love and support for the grieving Arbery family.

Brunswick area Rabbi Rachael Bregman, co-founder of Glynn Clergy for Equity, will host an interfaith prayer breakfast with rabbis from T'ruah and other Brunswick-area faith leaders at Russell's Sports Bar in Brunswick beginning at 8 a.m. Thursday. The group will then move to the Glynn County Courthouse for a demonstration of solidarity at 11 a.m.

Travis McMichael, his father Gregory McMichael and William "Roddie" Bryan, who recorded the video, are all charged with murder in Arbery's death.