Arbery's aunt was one of the organizers behind Saturday's event, which included speakers, songs, and performances. 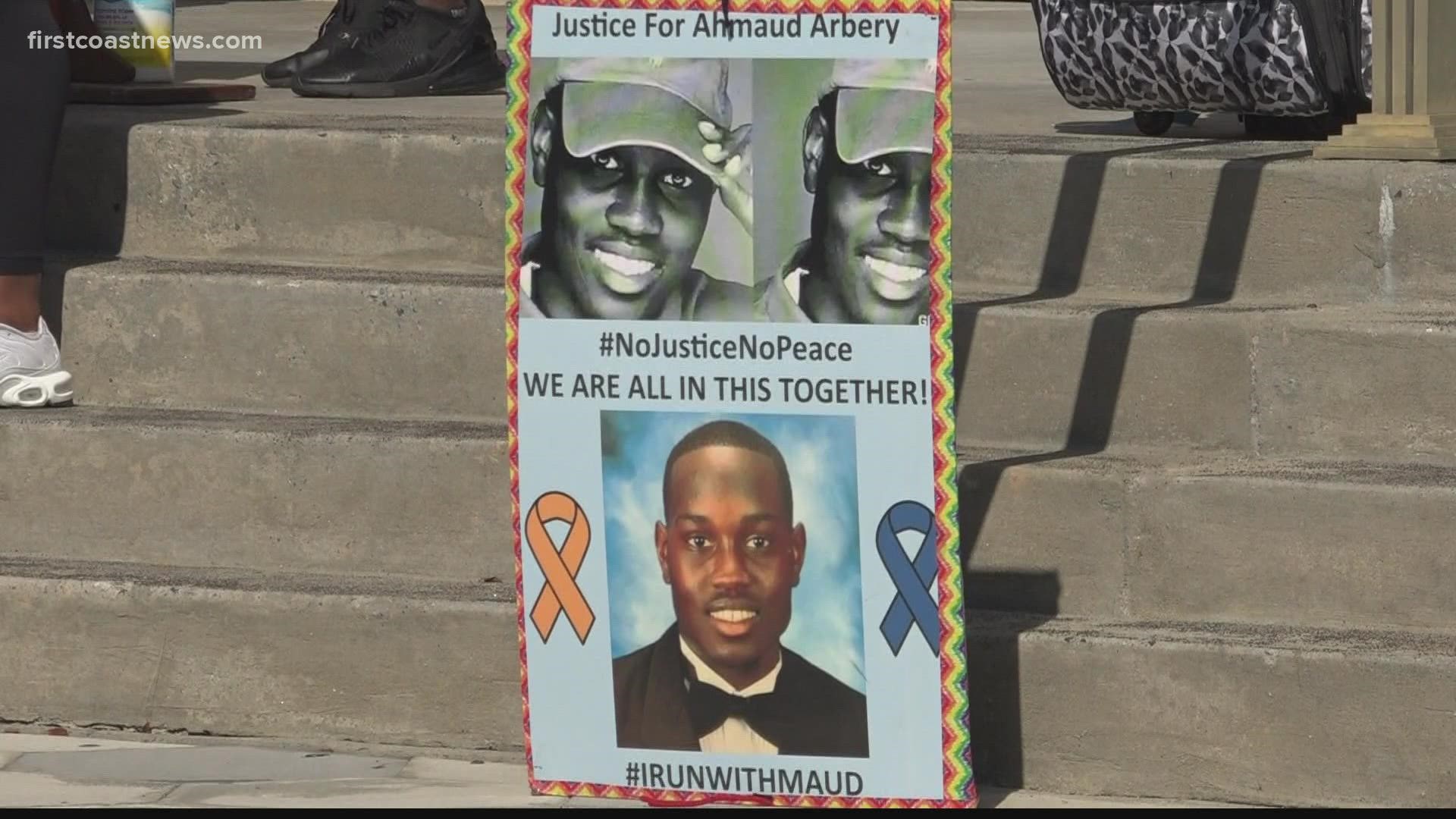 BRUNSWICK, Ga. — Jury selection begins Monday for the trial surrounding the death of Ahmaud Arbery. Before the trial begins, multiple events are planned this weekend in the community of Brunswick, Georgia.

One event that took place Saturday was a pre-trial rally and ride for Arbery.

“We all don’t have to look alike, we don’t all have to believe in the same beliefs but we are so much greater together," said Thea Brooks, Ahmaud Arbery's Aunt.

Thea Brooks was one of the organizers behind Saturday's event, which included speakers, songs, and performances. The goal was to bring the community together.

“We don’t want anyone to ever forget about Ahmaud because his death made plenty and a lot of changes around the world, not just in Glynn County but around the world," said Karla Arbery, Ahmaud Arbery's aunt.

Karla Arbery was one of the many people who took the steps of the Glynn County Court House to share her message.

“Vote to make changes in your community, not just the presidential part but in your local community, that makes a big difference," said Karla Arbery.

After speakers from the Black Panthers Party, Black Lives Matter, and criminal justice groups addressed the crowd, they loaded into cars and headed to Satilla Shores, the neighborhood where Arbery was shot.

Groups like the newly created ‘Lost in the System’ are eagerly waiting for the trial to see just how the law will handle this case.

“All of this support and everyone that’s here today, I’m just thankful to god, I just wish a lot more people was here, and the reason why is because Ahmaud is a case that would have been lost in the system," said Hildiah Martin-Suggs, CEO of Lost in the System.

Jury selection for the trial starts Monday, nearly 1,000 people were summoned for duty.