Ahmaud Arbery's accused killers don't want the jury to see this photo, judge asked to ban it from trial 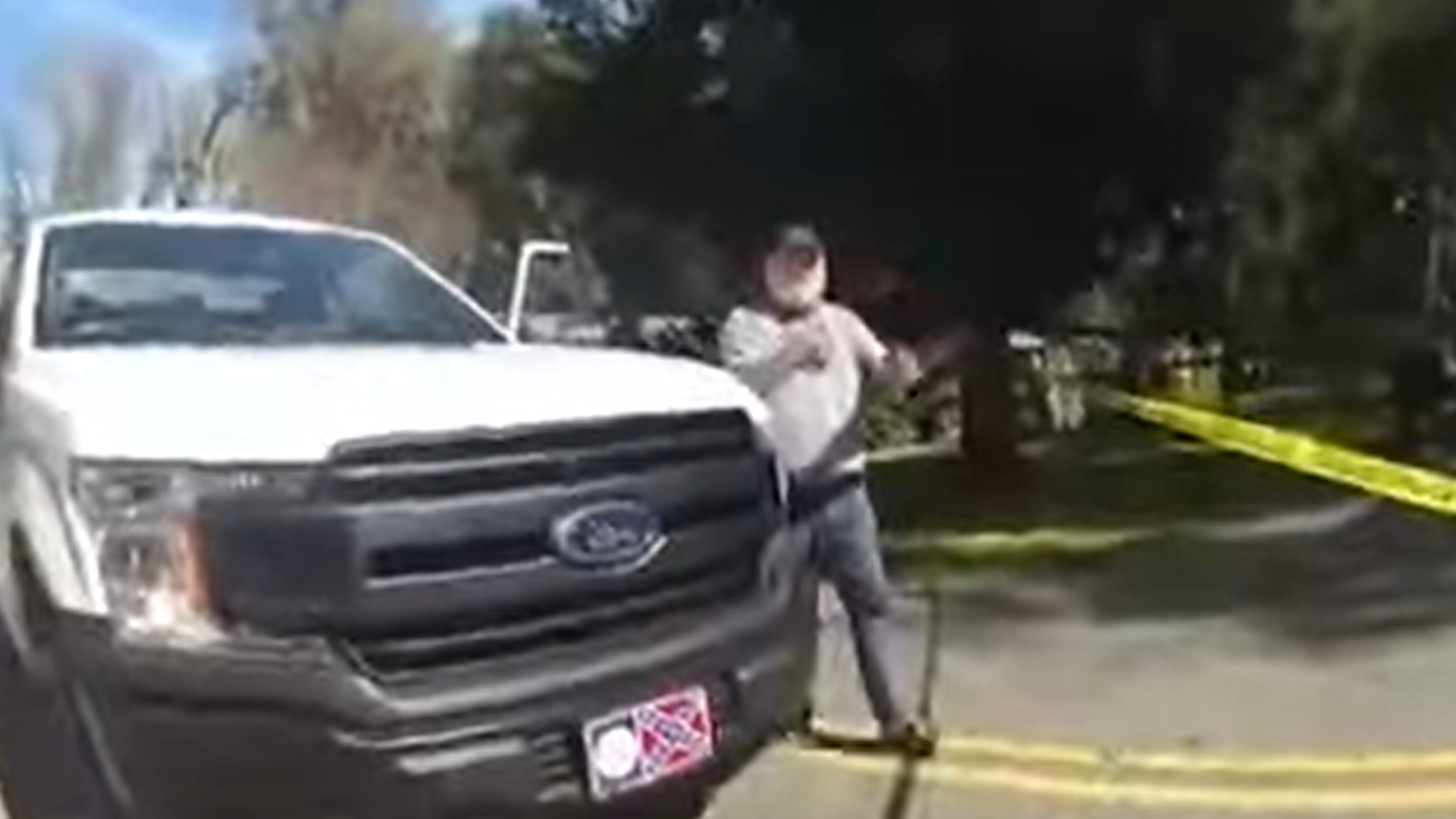 GLYNN COUNTY, Ga. — Attorneys for men accused of killing Ahmaud Arbery is asking a Georgia judge to ban images during trial that shows a vanity license plate on one of the accused killer's truck. The vanity plate includes a Confederate flag on the front of the pick up truck that was used to chase Arbery on Feb. 23, 2020 in a Brunswick neighborhood before he was shot to death.

Father and son Gregory McMichael and Travis McMichael said the license plate on Travis' truck "is not relevant and would be prejudicial," according to a motion filed on Sept. 30.

The motion also alleges that prosecutors hope to use the Confederate emblem on the truck to do the following:

"1. To draw the conclusion that Mr. Arbery saw the vanity plate, that he interpreted its meaning, and that he feared the occupants in the truck because of this vanity plate, which is why he ran away from the truck and ...

"2. To create the inference that Travis McMichael placed the vanity plate on his truck in order to telegraph some reprehensible motive, bias, or prejudice, which is not true."

Jury selection in the trial is scheduled to start Oct. 18.

"... The fact that defendant Travis McMichael knowingly, intentionally and purposefully attached vanity plate to the front of his truck for all the world to see, has nothing to do with the State's strategic decision regarding third party communications that show racial animus," prosecutors stated in their response to the motion to ban images of plate. "Defendant Travis Michael's choice, and the fact that this vanity plate was on the front of his pick-up truck on Feb. 23, 2020, are intrinsic evidence in this case and can be fully be used by the State to illustrate the intent and motive of Travis McMichael."

The McMichaels were arrested three months later on May 7, 2020. They were charged with murder and aggravated assault. Bryan was arrested two weeks after that and charged with felony murder and criminal attempt to commit false imprisonment.

A GBI investigator testified at a preliminary hearing in June 2020 that Travis McMichael was heard saying racial slurs after killing Arbery.

All three men were were indicted on federal hate crime charges in April and attempted kidnapping. According to the indictment, the suspects intimidated Arbery "because of his race."