Jackie Johnson was indicted on charges for violation of oath of a public officer and obstruction of a police officer. 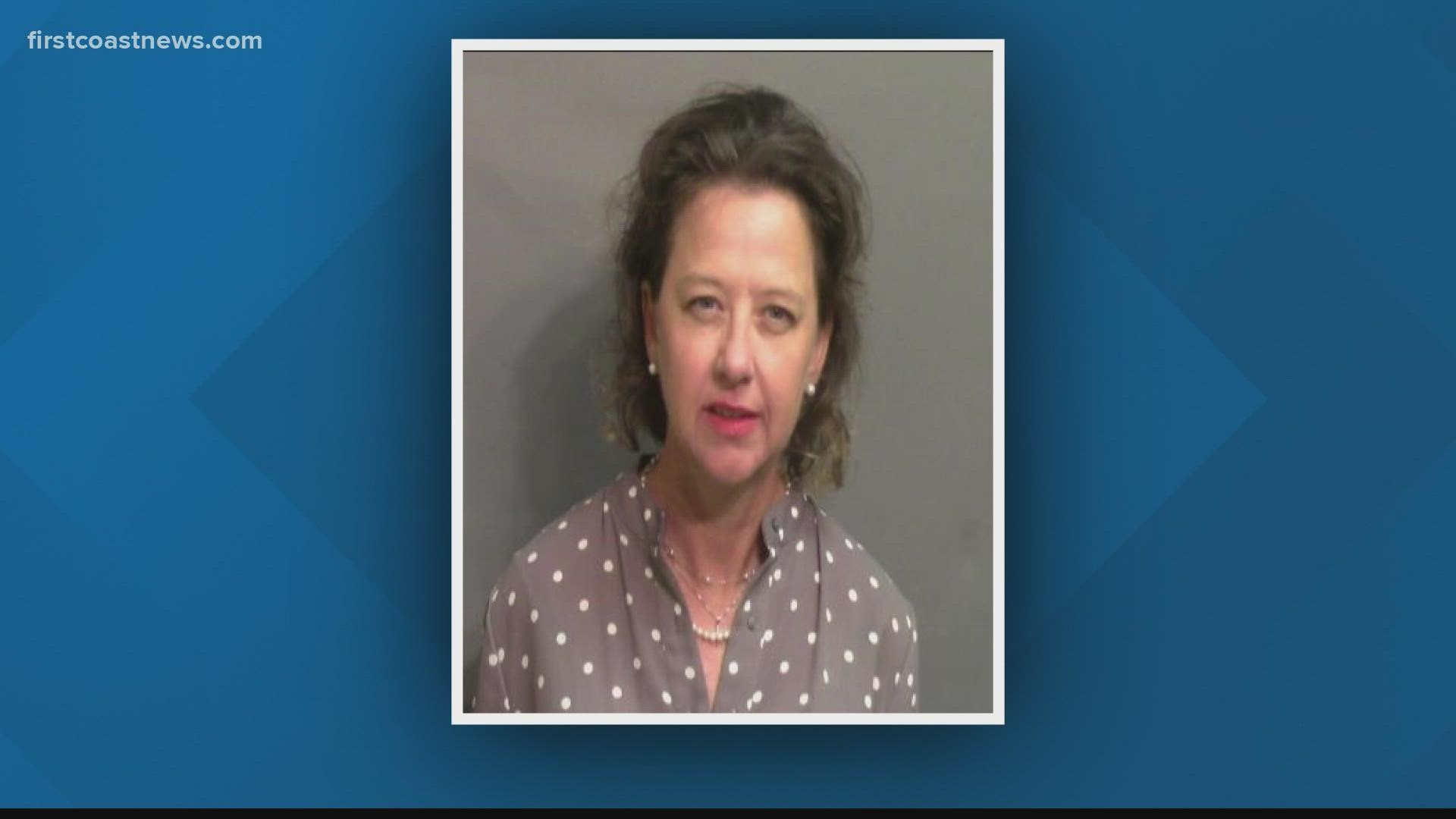 JACKSONVILLE, Fla. — A former Brunswick District Attorney was in jail for less than an hour Wednesday after being arrested on charges related to the investigation surrounding the shooting death of Ahmaud Arbery.

Jackie Johnson, 49,  turned herself into the Glynn County jail Wednesday morning on one charge of violation of oath by a public officer and one count of willful obstruction of law enforcement officers, according to jail records.

The Glynn County Sheriff’s Office says Johnson turned herself in at 7:32 a.m. and was released at 8:07 a.m.

Although she had a bond of $10,000 listed in the jail records, the jail says she was released on her own recognizance.

The original indictment accuses Johnson of violating her oath of office by "showing favor to Greg McMichael during the investigation."

It goes on to say she recommended Waycross DA George Barnhill to the Georgia Attorney General's Office to take over, and did not disclose that she had previously reached out to Barnhill.

RELATED: ‘None of his actions need to be explained’: Ahmaud Arbery’s mental state not relevant in murder case, prosecutors say

Johnson is also accused of obstructing law enforcement, according to the indictment, when she directed officers with Glynn County Police to not place Travis McMichael – who is accused of murder in the shooting death of Ahmaud Arbery - under arrest.

“Our office is committed to ensuring those who are entrusted to serve are carrying out their duties ethically and honestly,” said Attorney General Chris Carr. “We thank the Georgia Bureau of Investigation and the Glynn County Grand Jury for their hard work. While an indictment was returned today, our file is not closed, and we will continue to investigate in order to pursue justice.”

You can read the full indictment here.

A viral video of Arbery's death sparked a nationwide call for action across social media and in the Southeast Georgia community.

According to a police report, McMichael and his son Travis, age 34, pursued Arbery. During a confrontation caught on video, Travis McMichael's gun can be heard firing three times. Arbery died at the scene.

(Warning: Video may be disturbing to some)