Despite juror no-shows, attorneys confident they can 'get there' by the end of the week

Attorneys for three men accused of murdering Ahmaud Arbery will not seek a change of venue, and remain hopeful they can get 64 qualified jurors by Friday. 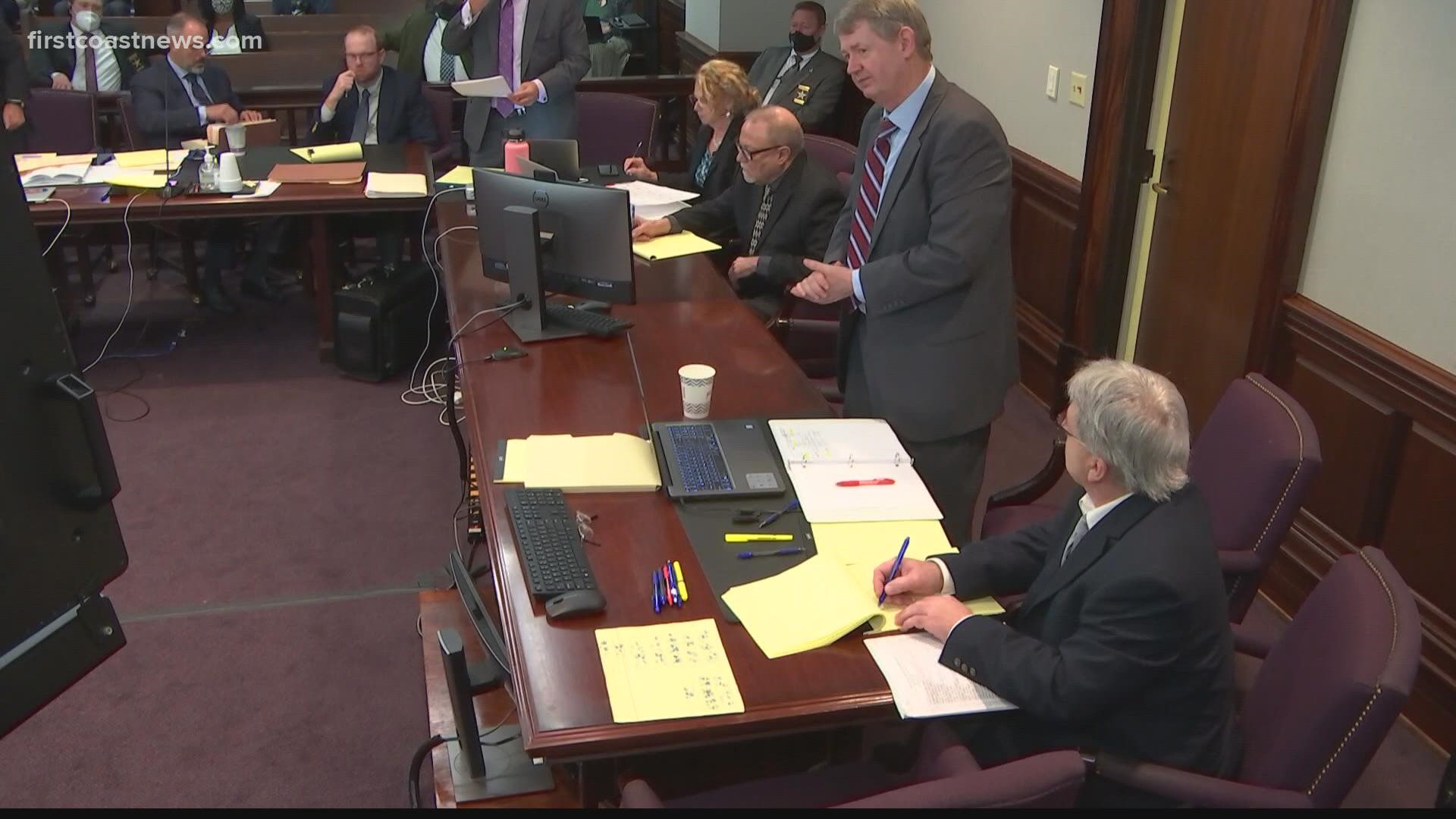 BRUNSWICK, Ga. — Despite complaints about the "snail's pace" of jury selection in the high-profile trial of three men accused of murdering Ahmaud Arbery, attorneys are confident the end is in sight.

"We're hoping to get there by the end of this week," defense attorney Robert Rubin told First Coast News, alluding to the 64 qualified jurors needed to begin the final jury selection process. Rubin, who along with Jason Sheffield represents Travis McMichael, said he doesn't feel the process has been unduly long.

"A two-week process to get a jury in a case like this with the amount of publicity is really not unreasonable under any standard."

McMichael, who is white, is accused along with his father Greg and neighbor William "Roddie" Bryan of first degree murder and several other felonies in the February 2020 shooting death of 25-year-old Arbery. The case has drawn national attention, consuming the small town of Bruwswick, Ga., which has been the locus of numerous protests since the summer of 2020, when the men were first arrested.

For that reason, finding jurors either unfamiliar with the case or who don't know one of the main players has been difficult. Although Glynn County officials sent 1,000 jury summonses, attorneys have questioned only about 20 jurors a day, striking the majority "for cause" -- either a lack of objectivity or some kind of hardship.

"We're actually fine with the way that it’s inching along and the reason we’re fine with it is because it’s giving the potential jurors time that they critically need to understand what’s being asked of them," Rubin's legal partner Jason Sheffield said.

"The environment here is proving to be very good. There’s not a lot happening that is intimidating and the jurors are feeling like they can open up and be truthful and share their thoughts with us, and their thoughts and opinions and beliefs, which is absolutely what we need and we’re so thankful that we have it at this point," Sheffield said.

Once they have 64 qualified, attorneys for the state and defense will begin the process of striking jurors based on preference, known as "preemptory strikes." The state will get 12 such strikes and the three defendants will get 24 to share in order to select a panel of 12 jurors. (They must also select four alternates, and the judge could give them additional strikes for that process.)

Once 64 are qualified, the process of winnowing that list down to a final jury panel would not take more than a few hours, legal experts say.

Given the intense emotions and media attention surrounding the case, few in Brunswick are enthused about jury duty. Only five of 97 jurors interviewed since the process began last Monday have said they wanted to serve on the jury. Wednesday morning, Judge Timothy Walmsley actually sent Glynn County deputies to collect a no-show juror at her home.

"You have to consider that the media coverage so far has been such that it has injected a lot of detail, which has resulted in people having very strong opinions about things," Sheffield said. "And when those people show up to court and they have opinions that could favor the state or the prosecution more, we have to dig down into that."

But despite the challenges of finding an impartial jury, defense attorneys have not sought a change of venue and don't intend to.

"We're hoping not to," Rubin said when asked if a venue change was possible. "We're very pleased that we've gotten the numbers of jurors that we've gotten this qualified. And judging from the panels that we have coming up, it looks like we'll be okay. And we'll be able to get a qualified jury by the end of the week."

William Roddie Bryan's attorney, Kevin Gough, told the court Wednesday jury selection needs to move more expeditiously, or jurors will "revolt" since it's taking so long. The judge told Gough and the court they're moving as fast as possible, but want to ensure they do things accurately and fairly.

"I apologize for folks who believe that we're taking up too much of their time, but one would hope that we could all see the bigger picture here and respect the process," Judge Timothy Walmsley said.

Jury selection started 45 minutes late Wednesday because two potential jurors were late. Gregory McMichael's attorney asked the judge if they could start promptly at 8:30 a.m. each morning and move jurors who are late to another day. The judge said no, that he can't keep moving people and said "we burn more time talking about things in here than we do waiting on the late juror."

Rubin and Sheffield said they want everyone summoned that day to be able to be questioned.

"It seems like every day we’re starting a little bit later than we thought we would, but we want all the jurors who were summoned to participate in the process and Judge Walmsley is being very good about giving us and the state an opportunity to ask all the necessary questions and making the environment feel safe for the jurors, so we want the jurors to be here. We want them to be here on time if possible," Rubin said.

Walmsley said they would remind potential jurors they need to show up on time.