Ahmaud Arbery supporters arrived Tuesday in the neighborhood where he was killed only to find the cross memorializing the site of his death was removed. 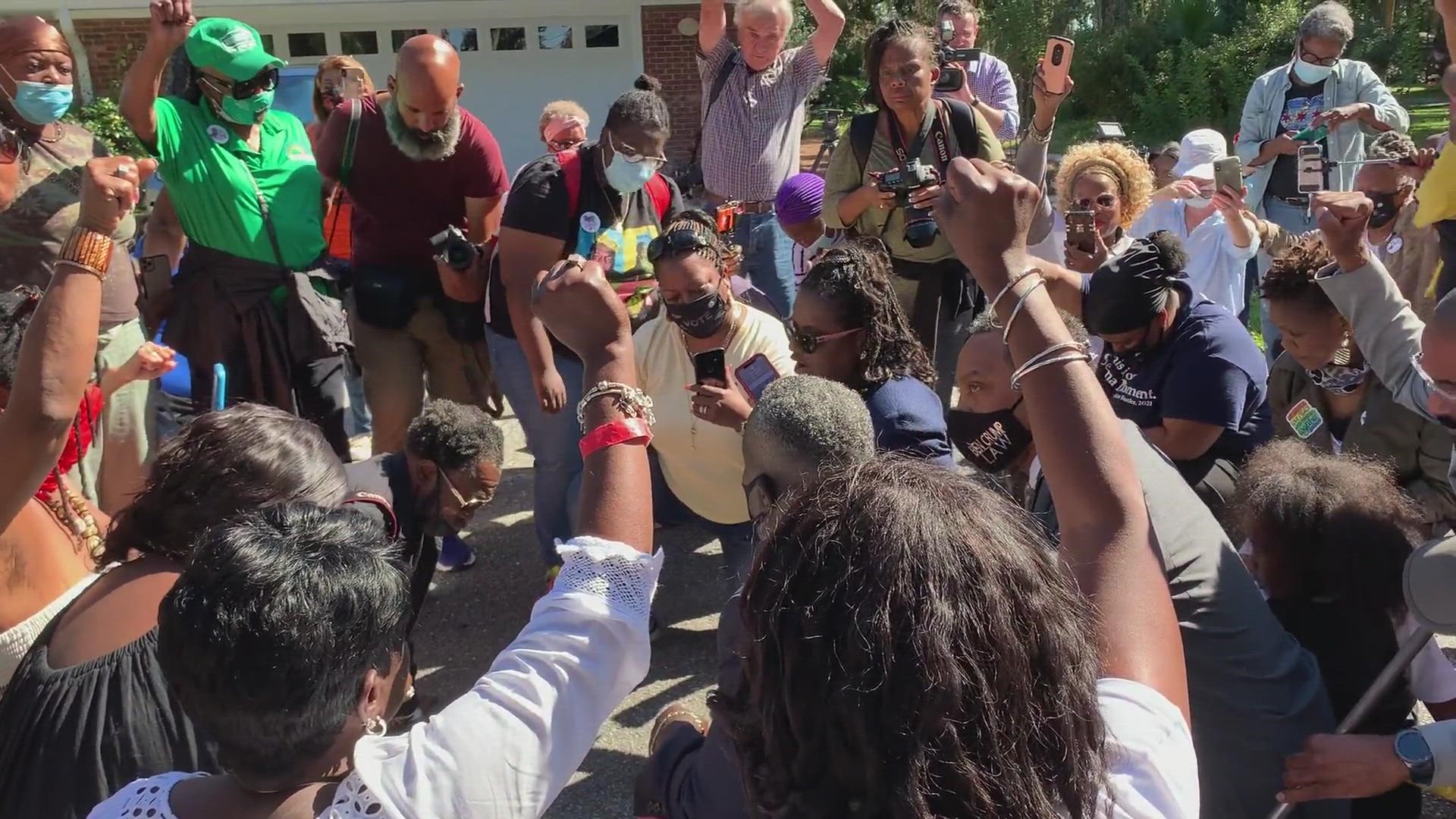 BRUNSWICK, Ga. — Three tour buses full of protesters arrived at the Satilla Shores neighborhood in Brunswick, Georgia on Tuesday afternoon with a police escort of more than a dozen vehicles.

The group comprised a nationwide cross-section of people with an interest in the murder trial in Brunswick of three men accused of killing Ahmaud Arbery.

Organized by the Transformative Justice Coalition, the “Remembering Ahmaud Arbery Week of Action" has drawn participants from as far away as California, Missouri, and Milwaukee.

The buses dropped Participants at the street where Ahmaud Arbery was shot and killed in February 2020. In the months following his death, the spot was once marked with a small cross.

To the dismay of some in attendance, it has since been removed. Those looking for a marker of some kind ended up simply photographing the street signs at the intersection of Satilla Drive and Holmes Road.

One speaker suggested the street be renamed Arbery Way, but it’s not clear how much traction that would get in a neighborhood that seems both weary and wary of the continued attention.

At one point during Tuesday’s protest, officers asked the crowd to clear the street to make away for a school bus. The house that was under construction in the neighborhood - which the three defendants charged with Arbery’s murder say they suspected he was burglarizing - is completed, though seemingly still vacant.

After praying at the site of Arbery’s death, protesters walked to the house - “a short walk” noted one. They left a short while later, singing “Woke up this morning (With my mind on Jesus).” 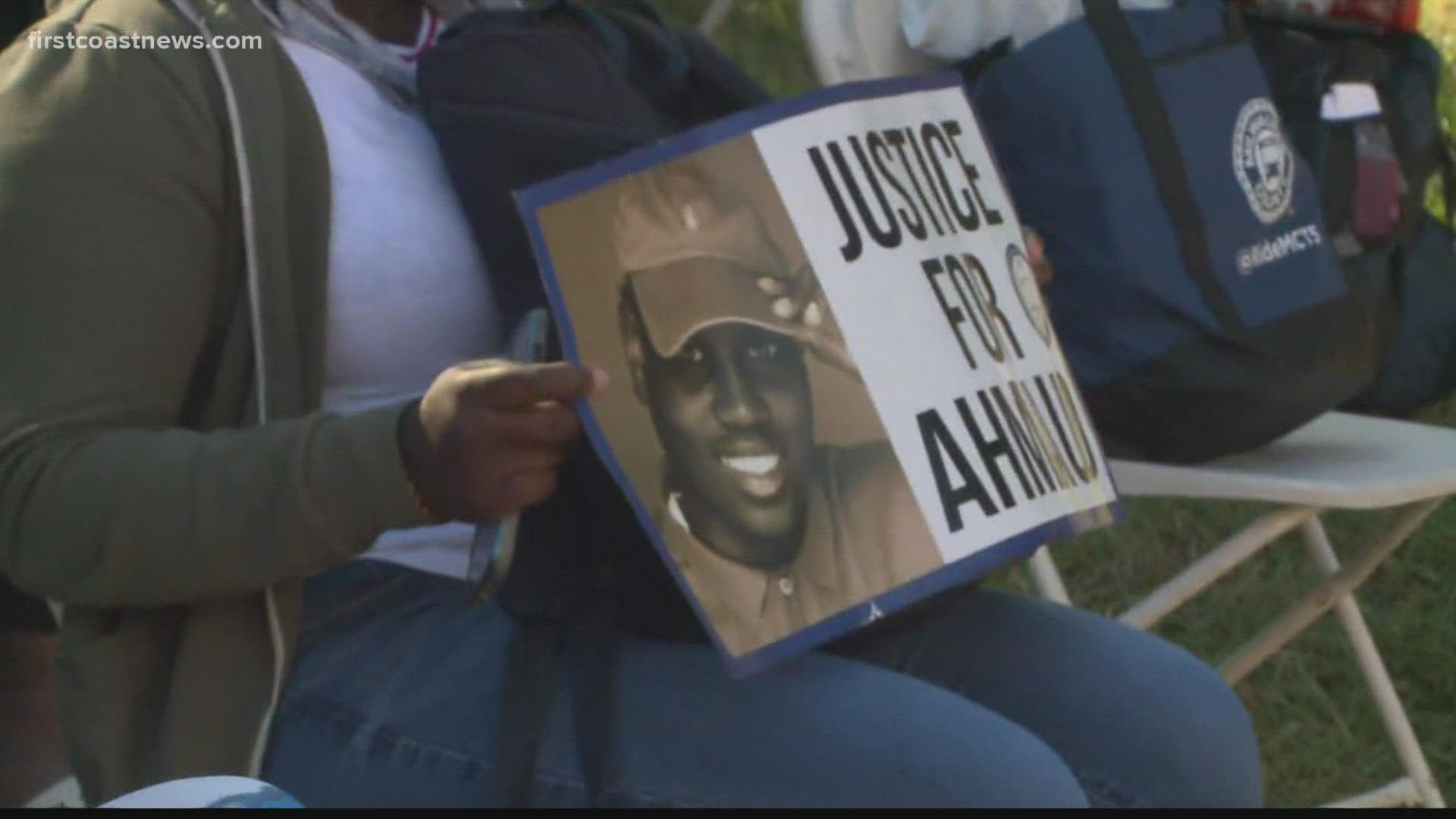 1 / 22
First Coast News
A child rides her bike Monday in at the Glynn County, Ga. court as she hold a sign in support of Ahmaud Arbery.