Hiding in plain sight: Confederate statue will be shrouded in plastic during trial in the death of Ahmaud Arbery

The Confederate soldier, which was previously vandalized, is now swathed in plastic and duct tape for the duration of the high-profile Brunswick trial. 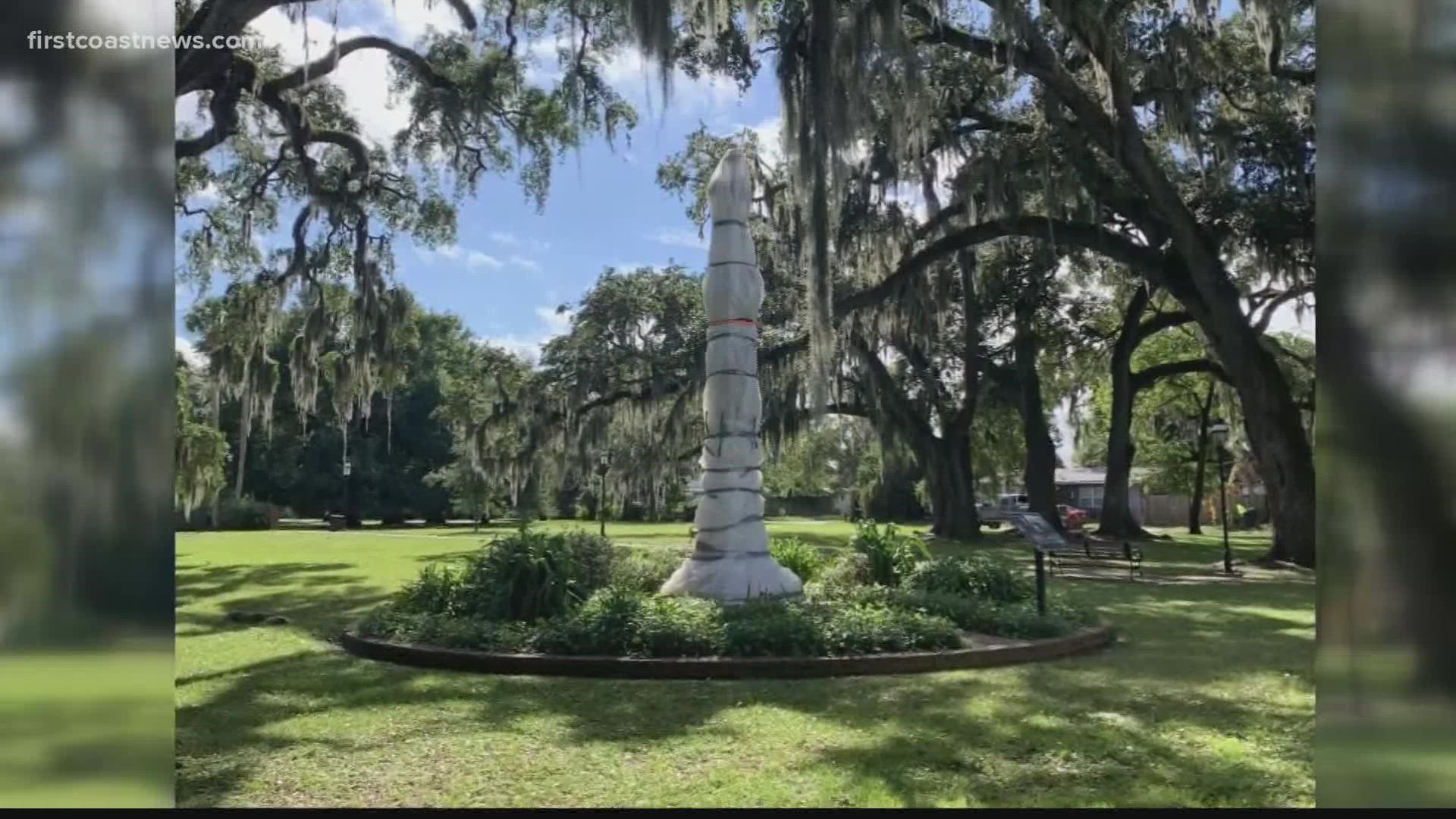 BRUNSWICK, Ga. — A Confederate statue that has been the source of controversy in Brunswick is now literally under wraps.

The marble Confederate soldier that rises from the center of tree-draped Hanover Square is now sheathed in sheets of plastic and duct tape. City officials say it’s to protect it during the trial of three men charged in the death of Ahmaud Arbery.

The statue, which is slated to be removed and relocated, was previously vandalized last year, spray-painted with the letters BLM.

According to Brunswick City Manager Regina McDuffie, the statue was wrapped a week ago Friday, but was not a city project.

“A private citizen wanted to try to ensure the statue was not damaged since we just started the trial in the Arbery case,” McDuffie told First Coast News. “It is not the city’s plan. We don’t have anything to do with it as far as how long it will stay [wrapped].”

McDuffie says the wrapping was not paid for with city money. There is no set timetable for the statue’s removal.