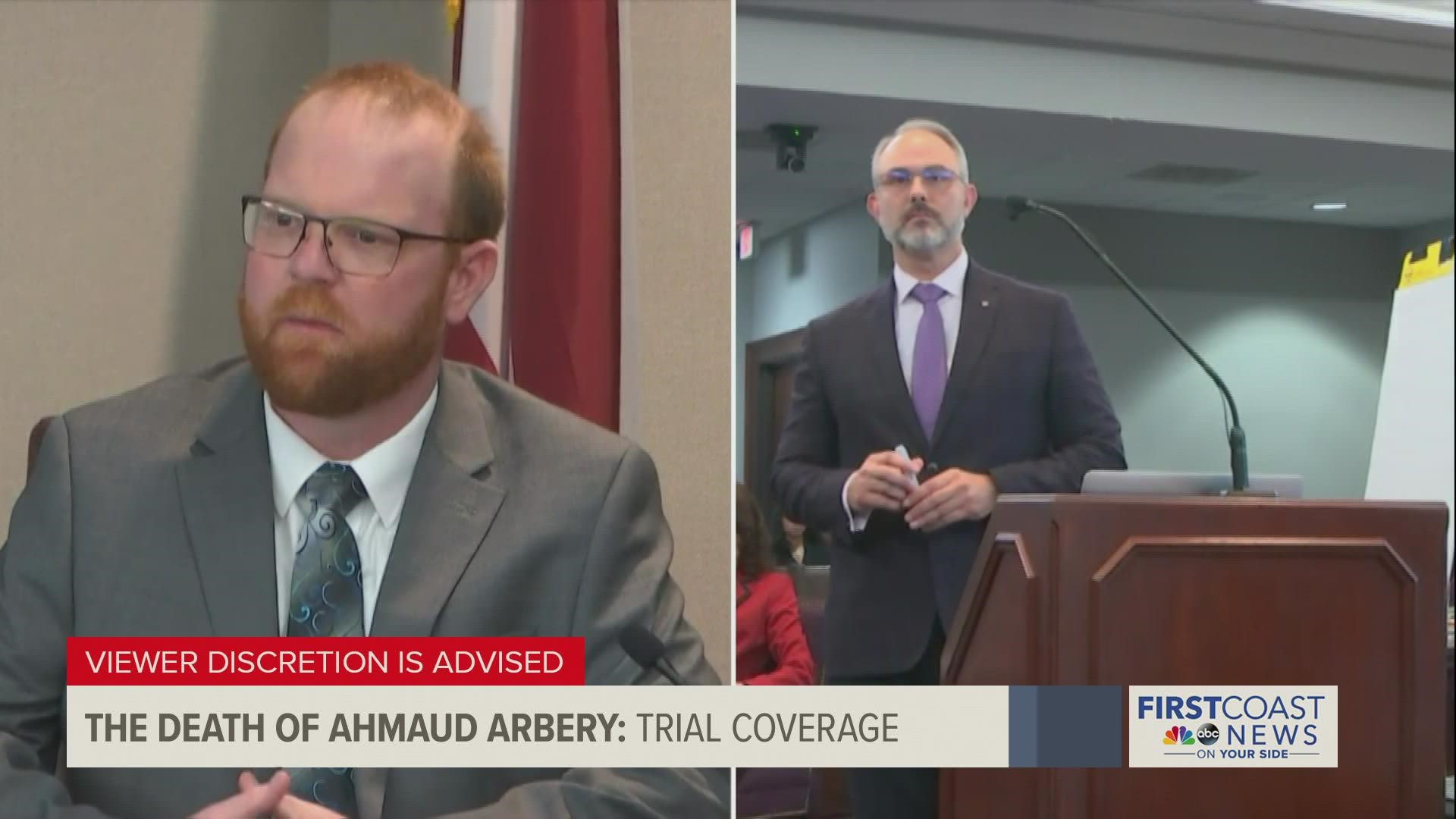 BRUNSWICK, Ga. — Attorneys for Travis McMichael have asked the judge to block any testimony about the defendant’s alleged use of a racial slur after Ahmaud Arbery’s killing. Co-defendant William "Roddie" Bryan told investigators that McMichael uttered the slur while standing over Arbery’s body immediately after the shooting.

Defense attorney Jason Sheffield said that because Bryan is the only witness to the alleged utterance, and because he believes Bryan is not going to take the stand, there would be “no good faith reason” to introduce it.

Sheffield said that because the defense did not elicit any character evidence from McMichael during their direct examination, it could not be introduced as rebuttal during prosecutor's cross examination.

Both allegations of the alleged racist language came out at a probable cause hearing in June 2020. Prosecutors at the time cited a text message from McMichael to a friend using a slur for Black people when referring to a “crackhead … with gold teeth.” They also cited a comment McMichael posted to Facebook in which he wrote “Sayonara,” along with an offensive term for Asians followed by an expletive.

GBI agent Richard Dial testified at that hearing that Bryan told him McMichael used the slur the day of the shooting.

“Mr. Bryan said that after the shooting took place before police arrival, while Mr. Arbery was on the ground, that he heard Travis McMichael make the statement, ‘f - - - ing n - - - er,’” Dial said.

The judge asked Prosecutor Linda Dunikoski for her response. She said she needed to review her notes from McMichael's testimony to determine her answer. The judge will decide the matter Thursday, he said.