Ahmaud Arbery case had 'most racist statements in a court of law that I've heard' says The Rev. Al Sharpton

The reverend spoke outside the Glynn County courthouse on Wednesday alongside Ahmaud Arbery's mother as the jury continued deliberations. 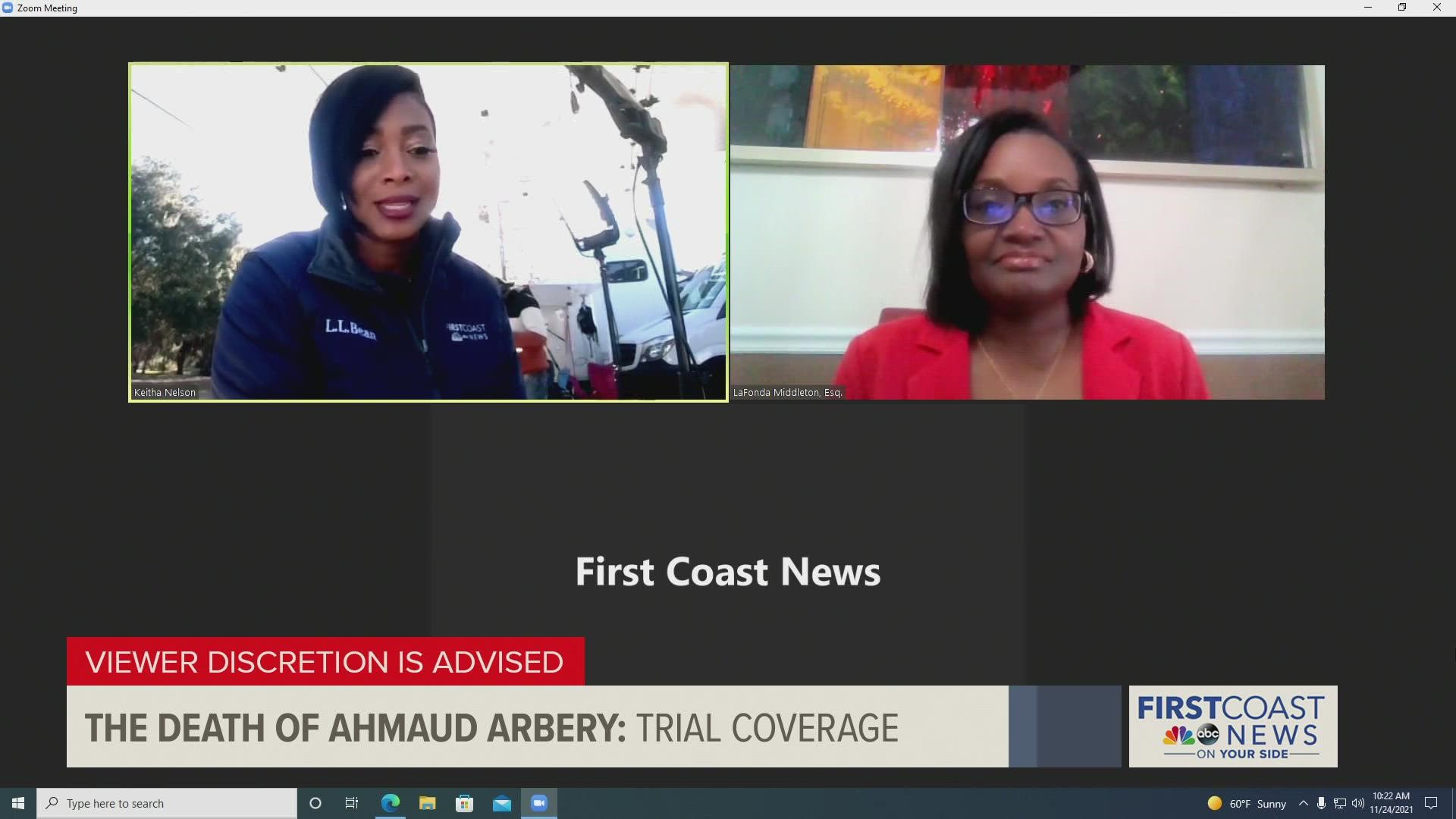 GLYNN COUNTY, Ga. — Rev. Al Sharpton gave a stinging assessment of the trial in the killing of Ahmaud Arbery on Wednesday morning outside the Glynn County courthouse, saying it had featured "some of the most racist statements in a court of law that I've heard."

Sharpton spoke alongside Arbery's mother, Wanda Cooper-Jones, and his father, Marcus Arbery Sr., as the jury continued deliberations into a second day.

The reverend was referenced by name in one of the most incendiary moments of the trial, when one defense attorney, Kevin Gough, said he didn't want "any more Black pastors coming in here" because he felt they would intimidate the jury.

"I've never heard ministers that were praying called a lynch mob. I've never heard an attorney blatantly say 'I don’t want more Black pastors' - not pastors, Black pastors in the courtroom," Sharpton said. "This has been the most racist-language court case that I've witnessed."

RELATED: What happened when Black pastors from around the country gathered outside the court

Gough's comments inspired an organized response from hundreds of Black pastors. He made repeated motions for mistrial, citing the political environment outside the courtroom, with prosecutors arguing it was his own comments that created that environment. The mistrial motions were all denied.

After the trial, he made more conciliatory statements and said he "feels" for the Arbery family.

Sharpton also rebuked the comments of defense attorney Laura Hogue, who attempted to criminalize Arbery in her closing argument.

"Turning Ahmaud Arbery into a victim after the choices that he made does not reflect the reality of what brought Ahmaud Arbery to Satilla Shores in his khaki shorts, with no socks, to cover his long dirty toenails," Hogue said.

Sharpton said Wednesday he had "never sat in a courtroom where a victim was akin to an animal - talking about dirty toenails, like he was not even a human, but an animal."

"I cannot tell you how much I admire Wanda having to take this - the fact that they mentioned she cried. I don't see how she didn't break down more hearing the characterizations of a child she brought in this world. I don’t see how Marcus contained his anger," Sharpton said. "They act like we're not human."