The Brunswick community are "trusting God" while awaiting the outcome of the trial. 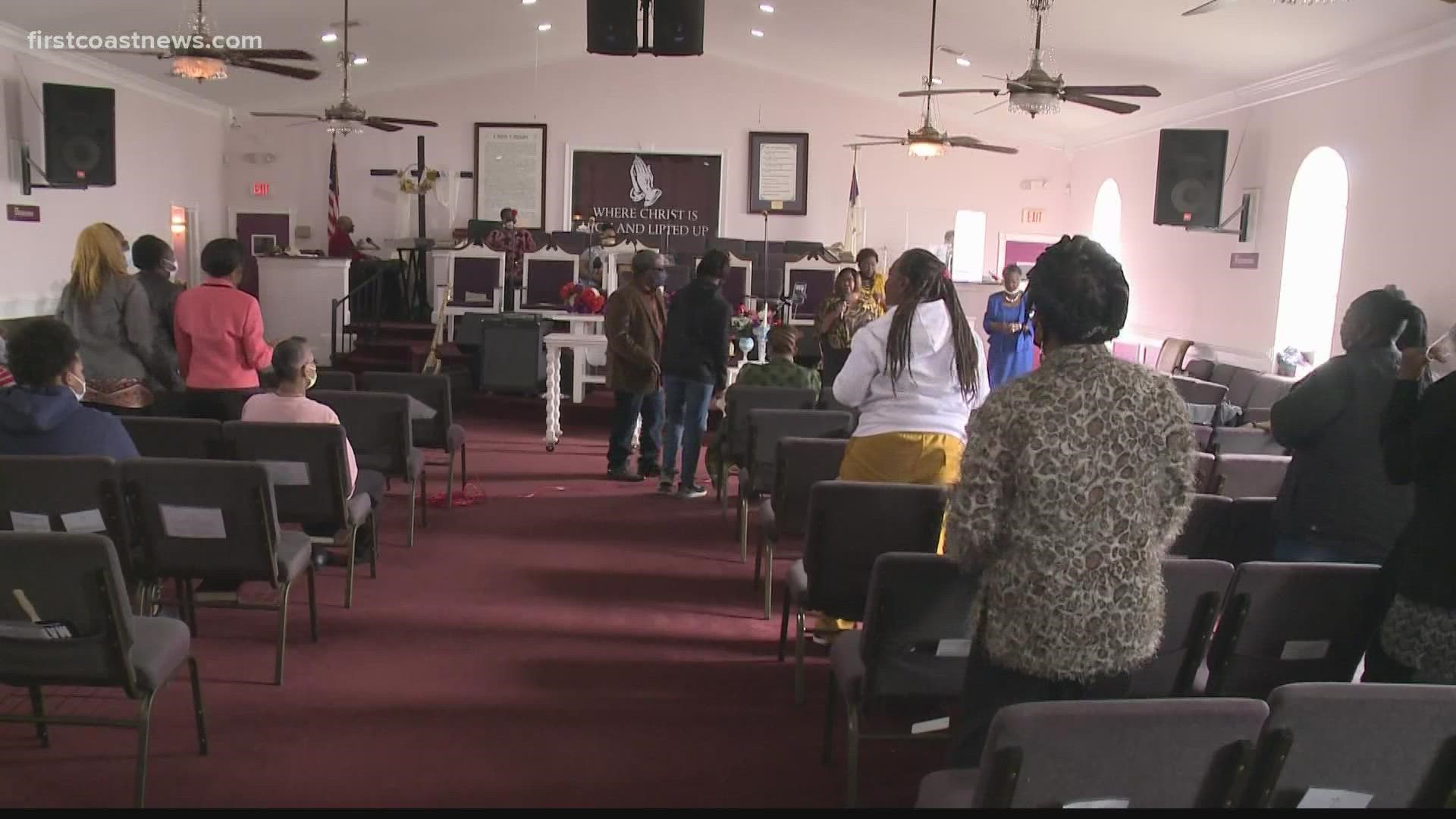 BRUNSWICK, Ga. — Closing arguments are set to begin Monday in the case against three men accused of killing Ahmaud Arbery. Jurors will then get their instructions in the coming days.

Last week, Travis McMichael testified in his own defense, shocking some with his testimony about the final moments of Arbery’s life. The town of Brunswick has been the focal point for the state of Georgia and a lot of the nation.

Brunswick on Sunday was quiet, as are many other southern towns on a Sunday. People headed to church and the grocery store. WUSA9's Megan Rivers spoke with neighbors who live in that town, and as the new week begins, and the closing arguments are given, they said they’re relying on faith to not only help them, but the place they call home.

In the heart of town, Hungry Hannah’s, where people once ate many meals, is closed. Hardly anyone was seen on the streets of downtown Brunswick, all awaiting the closing arguments in the case.

“It’s been tense, lots of tension. You can feel it with coworkers and what have you. It’s this polarization even in society, on the job, wherever you go, you can kind of sense there’s a little tension, polar divide," Michael Carroll said.

Carroll has spent all of his years living in this town. Church is one of the few places he said doesn’t carry the weight of the division in his community.

"People of faith, and I don’t just mean Black people, I mean any people of faith, we have all learned that when everything else fails, you can always fall on your knees, and you can pray for more strength, to help you in times of need,” he said.

Carroll said he’s nervous about the outcome of this trial following the not guilty verdict in the Kyle Rittenhouse case.

“Unbelief. It’s just unbelievable that any person can walk down the street with an automatic or semi-automatic handgun, then kill two other people and wound a third and be acquitted. You think things are a little more progressive in the north, but from what we can see, it’s not,” Carroll added.

Peaceful protest happened in Brunswick and around the nation after Arbery’s death. Gene and Fran Christianson are hoping no matter the outcome, violence doesn’t ensue.

“We just pray that it comes to a just and peaceful solution," they said.

“We are trusting God,” the Reverend said.

Like in many instances in life, he said we cannot predict what will happen, but it is faith the Brunswick community can cling to as the justice system runs its course.

On Sunday, we also spoke with Attorney Lee Merritt, he’s representing the Arbery family. He said this case has obviously been extremely taxing on them and more than any family he’s seen in high profile case like this. He added that he believes they’ve been targeted by the defense, and their anxiety level has been high throughout the trial, but they’ve have gotten tons of support from religious leaders and the community.

Both malice and felony murder charges carry a minimum sentence of life in prison and a judge will determine the eligibility of parole if convicted.