Fifteen new motions filed in the past 24 hours include prosecutors' request to show video of Ahmaud Arbery's killing during opening statements. 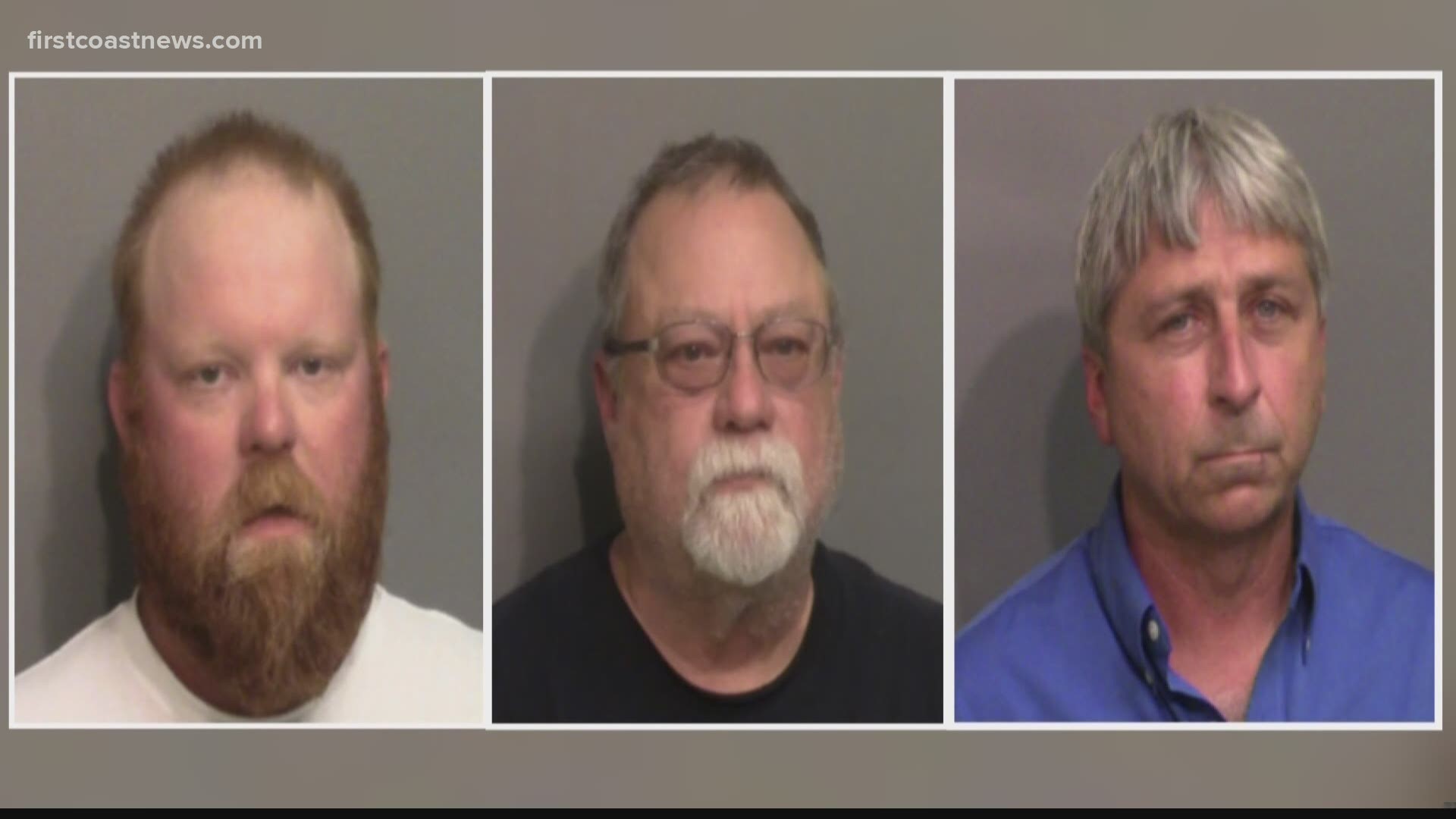 BRUNSWICK, Ga. — Prosecutors in the trial of Ahmaud Arbery's accused murderers filed a flurry of new motions in recent days, including 15 in just the past 24 hours.

Among them, the state's District Attorney's Office is asking the judge to allow a three-hour closing argument (an hour longer than allowed) and to show jurors cell phone video of Arbery's killing during opening statements.

Arbery was shot to death on Feb. 23, 2020, after three men chased him through the coastal Georgia neighborhood of Satilla Shores.

Travis and Greg McMichael are charged with first-degree murder along with their neighbor, William “Roddie” Bryan, who joined the chase and recorded the incident on his cell phone.

Prosecutors' trial plans, as well as their fears about the legal strategy of defendants, take shape in the multiple filings. Cobb County Senior Assistant District Attorney Linda Dunikoski expresses concern about the tactics of defense lawyers "based on ... prior appearances in hearings in this case," and asks Superior Court Judge Timothy Walmsley to proactively prohibit defense lawyers from mentioning several things -- including the repeal of Georgia's citizen's arrest law.

"The State anticipates the Defense may try to argue that the previous citizen's arrest law was repealed because as it existed on Feb. 23, 2020, the law gave the Defendants the right to chase Mr. Arbery through the Satilla Shores neighborhood after not having seen him to anything and shoot him dead when he did not stop," one motion says.

The citizen arrest law, repealed in May, was approved in 1863 as a means to round up escaped slaves. The law's critics argue it was later used to justify the lynching of Black Americans, and Georgia Gov. Brian Kemp, a Republican, called it "ripe for abuse." Its repeal in May was a reaction to Arbery's death.

***Warning: Some of the video below is disturbing.

Prosecutors also want to bar testimony about the opinion of an earlier District Attorney assigned to the case that the fatal shooting was justified. Police on scene and then-District Attorney George Barnhill, initially determined the shooting was self-defense. Although Arbery was killed Feb. 23, 2020, the defendants weren't arrested until May 7 -- shortly after video of the chase and fatal shooting were released.

District Attorneys also want the judge to prohibit "improper argument" and "speculative testimony" about what Arbery "knew" about the legality and consequences of his actions. As an example, Dunikoski points to Bryan's earlier immunity motion, which suggests Arbery "knew he was on probation on Feb. 23, 2020" which may have affected his behavior.

Another motion seeks to bar "lay opinion evidence" from people who believe (1) the defendants were acting in self-defense, (2) the defendants were legally effectuating a citizen's arrest, (3) whether the charges in the indictment are appropriate or (4) whether the actions of the Glynn County Police Officers in the days and weeks following the homicide were appropriate."

If the judge grants that request, defendant Roddie Bryan would be among those precluded from testifying that he believed any of those things.

In addition to asking the judge for prohibitions, prosecutors are also asking for a longer closing argument, citing the complexity of the case.

"While at first, this may seem to be a simple case where the jury can watch the video of the homicide and decide whether the defendants were acting in self-defense against their unlawful use of force, legally it is actually a more complicated case," the motion states. "The State must prove beyond a reasonable doubt that the defendant's affirmative defenses, and show that they were not in fact effectuating a legal 'citizen's arrest' and thus, they are not entitled to claim 'self-defense.'"

The state has filed previous motions seeking to keep out evidence of Arbery's diagnosed mental illness or his prior run-ins with police.

The judge has not yet ruled on any of the motions. The next court date is July 22 at 10 a.m.