Internet cafes in the crosshairs as Nassau County considers ban

A special county commission meeting heard arguments for and against a ban of adult arcades. 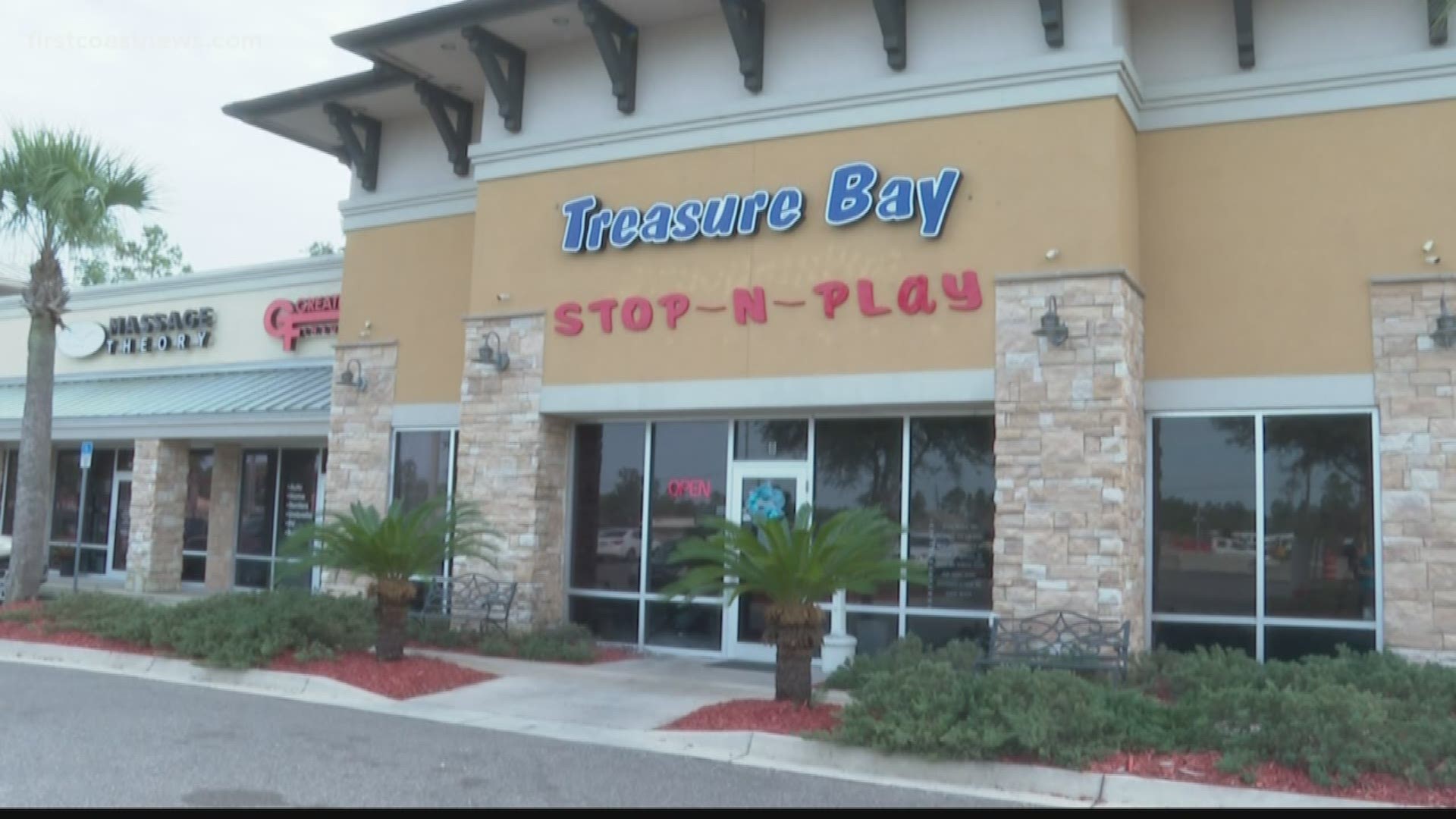 NASSAU COUNTY, Fla. — Adult arcades, also sometimes called "internet cafes," could soon be a thing of the past in Nassau County.

The county commission held a special meeting Monday evening, hearing arguments in favor of, and opposing, a ban.

"We have seen a spike in those businesses coming to Nassau County since Jacksonville closed theirs down," Nassau County Sheriff Bill Leeper told First Coast News after speaking at the meeting.

That claim was detailed in an ordinance handed out at the meeting, drafted by County Attorney Michael Mullin. The proposed ordinance indicated that when the City of Jacksonville shut down cafes earlier in the year there were 14 such facilities in Nassau County; now there are 28.

"We have seen an increase in crime around these businesses," Leeper continued, "not only in theft and burglary and robbery and shootings taking place, but we've also done some undercover operations within those establishments."

"Illegal drugs being sold in and around these businesses," he said. "Also, there’s prostitution taking place as well."

"They’re coming out here because this is where it’s at," said resident Seber Newsome before the meeting. "I hope they shut 'em down tonight."

Newsome, who said he left Jacksonville for Nassau County 20 years ago in part to leave crime behind, said it has found its way to his current home area. He speculated that the only reason elected local officials might allow adult arcades to continue is revenue.

"That wouldn’t be satisfactory because, is money worth someone’s life or someone shot?" he asked rhetorically, citing shootings and armed robberies that have taken place at such establishments in the region.

But there were dissenting voices as well. One gentleman who told the commission he rents property to multiple arcades insisted that they are upstanding establishments.

"We have no evidence of prostitution," he asserted. "In fact, these places are more right, [as] far as families, than any bars."

The same gentleman - along with others speaking in support of adult arcades - declined to speak directly with First Coast News. But he openly refuted the sheriff's claims.

"We do not sell drugs, no alcohol is sold," he told the forum.

"[People] enjoy playing [the games inside the arcades]," he asserted. "As far as crime goes, how about showing me the evidence of an increase in the drugs. As far as prostitution in them, the doors are locked where they can come in and feel safe, other than some idiot comes in that's a robber. And that’s going to happen anywhere."

Another gentleman, who also declined to be interviewed, told First Coast News he'd been an owner in the past. At the meeting, he appeared to seek a middle ground in which adult arcades can operate but under tighter guidelines.

"The owners of the establishments want regulations," he offered. "I think there’s a medium that we can come to on these."

But Newsome scoffed at the notion.

Furthermore, the proposed ordinance begins by stating the premise that gaming and gambling are not presently lawful in Nassau County.

I asked the sheriff, in his opinion "Is it an interpretation of whether these are gambling or gaming facilities, that has them even able to operate right now?"

"Well, everything’s interpretation," he said, "but you look at the gambling and gaming statute, they’re illegal."

A public hearing and vote are set for Jan. 27, in a meeting set to start at 6 p.m. Outgoing commission chairman Justin Taylor told First Coast News that if the vote is to halt adult arcade operations in Nassau County, the ban could take effect as soon as the next day.